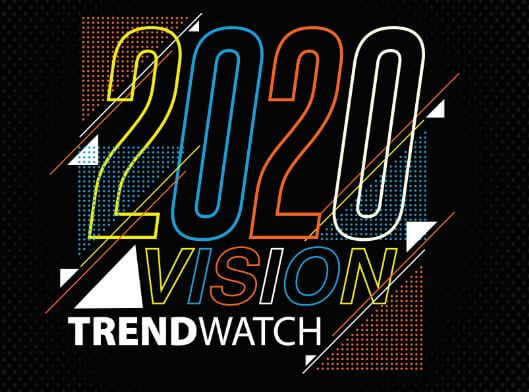 “Cannabis will no longer remain federally illegal. We will see an explosive growth lead by waves of new distribution points that include major national retail chains like 7-11, Circle K, and CVS as well as the birth of onsite consumption. Cannabis beverages will be served behind the bar alongside alcohol before the end of the 2020s.” —Kellen O’Keefe, Chief Strategy Officer, Flower One

A more concerted effort between cannabis and hemp regulations will provide a path forward that better fills the needs of the consumers.” —Dr. Chao-Hsiung Tung, G3 Labs

“In Nevada, we’re going to see the majority of the new dispensaries open as well as approximately 500,000 plus square feet of new indoor/greenhouse cultivation space which should make prices more competitive for the end consumer.” —Paul Schloss, Redwood Cultivation

“We’re optimistic that we’ll see something in the near term in D.C. around the STATES Act that will alleviate the issues between the federal and state conflict. A huge first step was the passing of the SAFE Banking Act in the House. We still believe cannabis is a “when” not “if” thesis, and we believe legalization at the federal level will occur in the ‘20s.” —Ed Gehres, President, Curaleaf Nevada

“We can look to Canada for a peek into the future—cultivation and extraction facilities will centralize their operations and focus on building economies of scale. In the near term, dispensaries will continue to be the primary retail outlets. As the cannabis market grows and normalizes, the role of the dispensary will diminish as cannabis is treated like other CPG (consumer packaged goods) products like alcohol, tobacco, and OTC medication.” —Brandon Wiegand, Regional General Manager, The+Source

“There are nearly 70 pieces of cannabis related legislation pending within our federal government right now. We anticipate that many of these bills will begin to work their way through the House of Representatives, however, as we have seen lately—get blocked in the Senate. We need to focus our efforts on finding allies within the Senate. We are hoping to see Jacky Rosen and Catherine Cortez-Masto support legislation to protect veterans, workers and other consumers as they did with the SAFE Banking Act.” —Madisen Saglibene, Executive Director, Las Vegas & Nevada NORML

“I’m a strong believer that we’ll start to get real clarification on some 280E specific issues and will probably see some sort of direction (and hopefully relief) on certain deductibility prior to the next election cycle.” —Mitch Bitten, CEO, THRIVE Cannabis Marketplace

Since July of 2017, when adult-use sales began in the state, Nevada dispensaries have generated $1.1 billion in sales through September of 2019. With adult-use sales contributing 84 percent of revenues. –BDS Analytics, published 11/26/19

In Nevada, pre-rolls comprise 14 percent of all cannabis sales. By comparison, the pre-roll slice of the pie is 6 percent in Colorado, 7 percent in Oregon, and 9 percent in California. –BDS Analytics, published 11/26/19