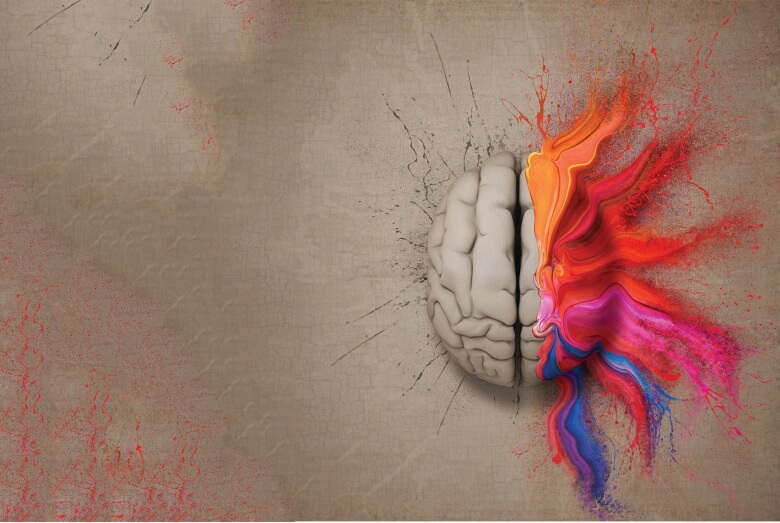 The effects of cannabis on brain development

The effects of cannabis on brain development

Why are we concerned about adolescent use of cannabis? Because cannabis use in adolescence could potentially affect academic, social, and occupational functioning. The main reason being that the human brain continues to develop and mature from early fetal development, throughout adolescence and into early adulthood.1

Brain cells (neurons) communicate via a complex web of structures with specialized projections (axons, dendrites) and synapses. Information is transmitted from the cell body through an axon, across a space (synapse), then on through the dendrite to the next cell body (see figure 1, page 38). Myelin is a fatty membrane that surrounds the axons and is necessary for the appropriate functioning of the nervous system. The production of this sheath is called myelination.

During development, the brain produces an enormous number of cells and synapses. This process is refined through synaptic pruning, which can be defined as simply getting rid of synapses that are not used. Thus, improving the overall connections in the brain. These remodeling progressions with myelination and synaptic pruning are assumed to be necessary for ideal cerebral performance.

The endocannabinoid system (eCS) is an integral part of the human physiology with receptors present in most organs. Cannabinoid receptors called CB1 and CB2 receive and respond to signals and are extensively distributed throughout the brain. eCS is important for cognition, neurodevelopment, stress response, emotional control, and regulation of other neurotransmitter systems. Alterations in the developing brain secondary to effects of cannabis may adversely affect neurodevelopment. Repeated exposure to cannabis can down-regulate cellular activity in the eCS.

In studies of adult use of cannabis there appears to be a slight decrease in cognitive performance such as attention, processing speed, and memory as compared to controls. This decrease is classified as transient since there is little difference in performance after prolonged abstinence.2,3 It is unclear if these findings can be extrapolated to the adolescent population. Currently, the degree of impairment related to cannabis use in the adolescent population remains unclear, even though there appears to be subtle negative effect on cognition reported in most studies. Early and continuous use of marijuana in adolescence can affect memory, attention, and ability to think clearly, and make sound decisions.4 Early use (prior to age 16) and heavy use has been associated with poorer cognitive performance on measures of memory, attention, and learning; however, most of the effects tend to resolve after long-term abstinence.

There appears to be some correlation between adolescent cannabis use and risk of mental health issues. Psychosis, depression, and anxiety have all been studied with regards to cannabis use. However, direct causal relationship remains controversial with some studies showing an association5,6 while others being inconclusive.7 Acute psychotic reaction such as disturbed thoughts and perceptions, paranoia, or panic attacks have been reported by some users. These reactions tend to subside and resolve as the effects of cannabis wear off.

Poor school performance has also been cited in some studies as well as increased absenteeism and lower graduation rates. However, there are other confounding factors and it is difficult to differentiate whether this is secondary to learning difficulties, motivation issues, or it’s due to cannabis users’ interaction with peers who may participate in riskier behavior.

Addiction is another aspect being reported. Approximately nine percent of those who use cannabis may develop some degree of cannabis use disorder9, which is described by the World Health Organization as repeated use of cannabinoids that typically includes a strong desire to take the drug, difficulties in controlling its use, persisting in its use despite harmful consequences, a higher priority given to drug use than to other activities and obligations, increased tolerance, and sometimes a physical withdrawal state. Teenagers who use cannabis before the age of 18 are four to seven times more likely than adults to develop cannabis use disorder.10

Every state with cannabis laws has an age limit for its consumption, in Nevada it’s 21. Critics of cannabis laws, both medical and adult use, argue that despite strict age and purchasing limits, legalization might make cannabis more accessible to teenagers. There is evidence to the contrary as adolescent use has dropped in both Colorado and Nevada where recreational marijuana has become available legally, as found in the the CDC’s Youth Risk Behavior Survey at https://nccd.cdc.gov/Youthonline/. Legalization supporters have argued that the best way to prevent underage cannabis use is to legalize and regulate it.

In conclusion, there is still some controversy over the long-term effects of cannabis use in adolescents, but there is growing consensus that younger and more frequent use may disrupt brain development. Most of the adverse effects reported are primarily among heavy, long-term users. Thus, it’s prudent to curb cannabis use in adolescents. More longitudinal studies, following test subjects over a long period of time with repeated measurements, are necessary to better understand the effects of adolescent cannabis use.

Dr. Pouya Mohajer is a Diplomate of the American Board of Anesthesiology with a subspecialty in pain medicine.