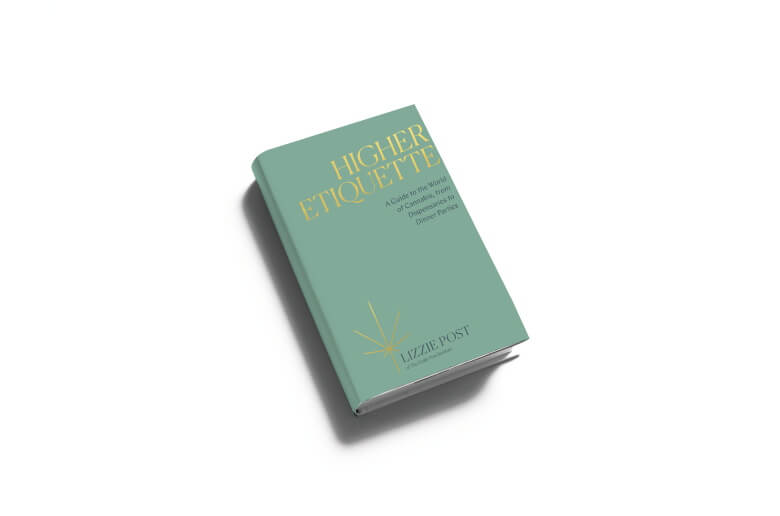 All Manner of Things

All Manner of Things

Thanks to her family pedigree, Lizzie Post may have been destined to become an etiquette expert. The great-great-granddaughter of manners maven Emily Post, Lizzie Post, 36, is co-president of the Emily Post Institute in Vermont, where she works alongside multiple Post family members. She’s a frequently quoted etiquette expert in the media and has worked as an author on editions of the seminal Emily Post guidebooks. She’s also a longtime cannabis consumer, dating back to her college days at the University of Vermont, and so when book publisher Ten Speed Press contacted the Institute looking for suggestions for someone to write a book about cannabis etiquette, Post knew that her opportunity had finally come. “The person writing to me had no idea that I was that person,” she says. “I raised my hand alone in my office to no one and said, ‘Right here!’”

Thus was born Higher Etiquette: A Guide to the World of Cannabis from Dispensaries to Dinner Parties, Post’s entertaining and exhaustive overview of customs and considerations related to cannabis consumption. The book puts her at the forefront of an ever-changing culture, in which laws and regulations are in near-constant flux. “This is exploring and celebrating this community, as opposed to creating some kind of a prescription or a doctrine or definition, necessarily,” she says of the book, which has extensive sections on the chemical makeup of cannabis, the different cannabinoids and strains, the history of prohibition and legalization, and the stereotypes surrounding “stoner” culture.

For Post, researching the history and science was just as important as researching the etiquette. “It allowed me to be a more responsible and conscious consumer, an aware consumer,” she says. “And then, visiting states where I actually got to put that knowledge into practice was amazing. It showed me what this world of legalization and education can really do for us as a whole community, in terms of understanding why people engage with cannabis, and the fact that the engagement is really going to change, depending on their chemical makeup as a human being, and the chemical makeup of the strain that they’re consuming, and the way they choose to consume it.”

Post traveled to California, Colorado and Oregon to observe the etiquette surrounding legal cannabis use, since her home state of Vermont had yet to legalize recreational cannabis when she was putting the book together. “For me, it was really about getting as much conversation stirred up that I could experience as possible,” she says. “Every single conversation, people were focused on consideration and respect and treating each other well and understanding differences of opinion, and wanting respect, wanting to not feel like they have to be discreet and hide everything. Honestly, it was some of the most empowering work of my career to date.”

Higher Etiquette covers situations ranging from your standard joint-passing session among friends to high-class parties where cannabis is offered in the same way that hosts have traditionally offered wine or beer. Events like Kim Kardashian’s recent CBD-themed baby shower have brought cannabis parties into mainstream awareness, and Post says that the most important thing for hosts of such events to focus on is communication with guests. “Let them know that this is going to be a part of the event,” she advises. “Let them know that they don’t have to participate in it if they don’t want to, and let them know what it is that you are offering them when you offer them something to consume. Education and communication are the two biggest responsibilities that a cannabis host has.”

Post’s personal history with cannabis consumption gave her plenty of experience to draw on, and she has very clear ideas of proper etiquette based on years of interactions with fellow consumers. “I think that just about any cannabis consumer can’t help but notice things,” she says. “As a joint roller, I definitely had a lot of opinions about joint etiquette myself.” In college, she’d get frustrated with people pinching her long-filtered joints, and she’d witness an elaborate dance of etiquette for joints rolled from multiple people’s contributions. “In the world of politeness, you’re trying to make people feel comfortable and not call them out on things,” she remembers. “It was a delicate balance of letting people know things or choosing the time and place to bring something up versus the time and place that you wouldn’t.”

Figuring that kind of thing out is exactly what Higher Etiquette is for, and legalization means that such advice can now be given openly. While having an organization like the Emily Post Institute weigh in gives cannabis consumption an air of class and legitimacy, Post also isn’t trying to relegate stoner icons to the margins. “Despite some definite rumors out there, I am not trying to get rid of Cheech and Chong in any way, shape or form,” she laughs. “I’m actually a big fan.”

Among cannabis celebrities, she singles out Seth Rogen for his notable etiquette. “I did think he did a very nice job in one of his Instagram videos of ashing so that when you’re passing it to the next person, you’re not passing it with an inch of ash that might fall off on them, or somebody’s clothing.”

Post’s vision of cannabis culture includes everyone from Kim Kardashian with her upscale influencer get-togethers to everyday stoners laughing at Cheech and Chong movies. “This is a community that’s really based on sharing and generosity,” she says. “The big takeaway here is to just open up and broaden people’s perspectives, and help break the stigma, without also getting rid of some of these more classic groups of people. There’s a space for everybody.”