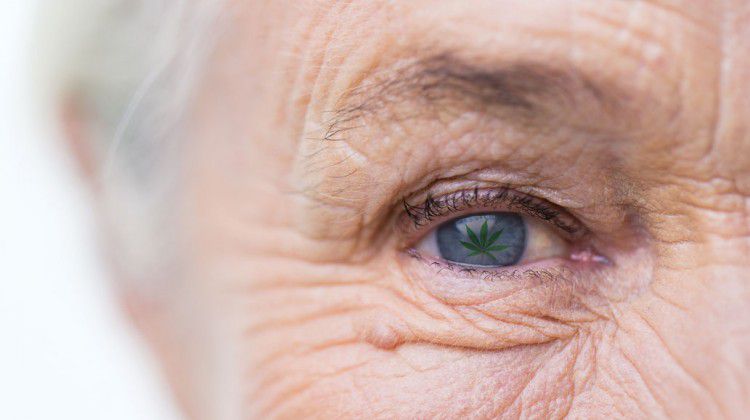 AN ELIXIR FOR THE ELDERLY

AN ELIXIR FOR THE ELDERLY

Seniors can fight off the indignities of old age with cannabis

Seniors can fight off the indignities of old age with cannabis

Due to the increasing advances in medicine and robust public health efforts, the elderly population has seen a steady increase in growth over the past several years. However, advancing age can be coupled with many medical conditions, which may not only be detrimental to a person’s quality of life, but can place financial strain on the individual, their family, and the US economy as a whole.

Knowing this, greater emphasis must be placed on making sure our seniors go into their later years in a healthy, comfortable, and dignified manner. Medical cannabis, when added to a lifestyle of exercise and proper dietary intake, may provide the biological foundation needed for a long, healthy life free of pain and other co-morbidities that haunt our aging population.

Medical cannabis, or medical marijuana as it is so often referred to, has been shown to be effective in improving not only the symptoms of certain medical conditions, but the medical conditions themselves. Some of the more common medical conditions that our elderly population face include cancer, glaucoma, incontinence, hypertension, diabetes, insomnia, Alzheimer’s disease, Parkinson’s disease, and pain from conditions such as rheumatoid arthritis, osteoarthritis, and degenerative disc disease affecting the spine.

The use of cannabis has to some extent been effective in preventing, delaying the onset and progression, and even eliminating these conditions altogether. In turn, the medical community must focus on educating the elderly about cannabis treatment and its benefits, as well as the process by which they can become a recipient of such innovative therapy.

Cancer of many different types, including lung, breast, colon, and brain cancers, can all be found in the aging patient, likely due to the inability of the immune system to mount an effective response against damaged and mutated cancer cells. Additionally, many of the contemporary therapies used to treat the patient often leave them in a weakened state, allowing for diseases of opportunism to rear their ugly heads. And let’s not forget about poor appetite, nausea, vomiting, and general wasting of the physical body, which so often accompany cancer and its treatment.

Data suggests that CBD (cannabidiol), one of the major active components of medical cannabis, can inhibit cancer cell growth, thereby decreasing tumor size and reducing the chances that it could spread elsewhere in the body. While undergoing chemotherapy or radiation, or even after undergoing surgery for such illnesses, the use of medical cannabis can reduce the associated nausea, vomiting, and physical wasting that often accompany such treatments.

Alzheimer’s disease is progressive mental deterioration that can occur with age, due to generalized degeneration of the brain. This disease can literally take a person’s intelligence and memories hostage. I remember marveling at my grandfather’s knowledge and wisdom as I was growing up. This well read man served as Assistant Superintendent for the Dallas Independent School District and was the principal at many of its high schools. He read every book he could get his hands on, and was quick to share his knowledge by teaching. However, the most profound memory I have of his final years involved his frustrations at not remembering how to drive to a place that he had driven to perhaps thousands of times in his life, and the sadness on my grandmother’s face when he was unable to recall his wife's name of 52 years.

Much study and many resources have been aimed at discovering preventative measures or cures for Alzheimer’s. Just recently, researchers at the Salk Institute found preliminary evidence that THC and other compounds found in marijuana can promote the cellular removal of the toxic proteins found in the brain that are associated with Alzheimer’s. This news is quite promising, and could lead to treatments with the potential to save the lives of the more than 5 million Americans each year who are afflicted with the disease.

Chronic pain is a tremendous public health problem, affecting upwards of 100 million Americans annually, many of them being seniors. Annual costs associated with chronic pain diagnosis and treatment can exceed $600 billion a year. And although pain may accompany many chronic illnesses associated with aging, it does not have to be a normal part of aging.

Many treatments directed at treating pain are ineffective, and most oral pain medications, opioids in particular, carry a high risk of abuse, addiction, and even overdose. To make matters worse, many of the current medicinal therapies to assist people who have become addicted to oxycontin, morphine, lortab, vicodin, and other opioid medications carry their own risks of abuse and overdose.

Medical cannabis has been found to be effective in treating patients with pain. First, the anti-inflammatory properties can often prevent the destructive processes which resulted in the pain in the first place, such as arthritis and degenerative disk disease.

Secondly, nerves that detect pain contain abundant receptors for cannabinoids which, when activated, result in blockade of pain perception. Combine this information with all of the anecdotal evidence of decreased neuropathic pain in many individuals using medical cannabis, and it is easy to see its effectiveness in treating pain.

Ideally, one could potentially use medical cannabis to both treat a person’s pain and aid them in decreasing or eliminating their opioid consumption. So, it may be safe to say that cannabis can be used to prevent opioid abuse and potential overdose of patients using opioids, and it could be used as a viable alternative in treating pain when detoxing a patient addicted to opioids.

There are so many medical conditions that cannabis has been shown to potentially treat. Whether still independent, requiring home health assistance, living out their final months with family or under hospice care, our aging population deserves to have every possible option at their disposal to lead a healthy, dignified, and comfortable life.