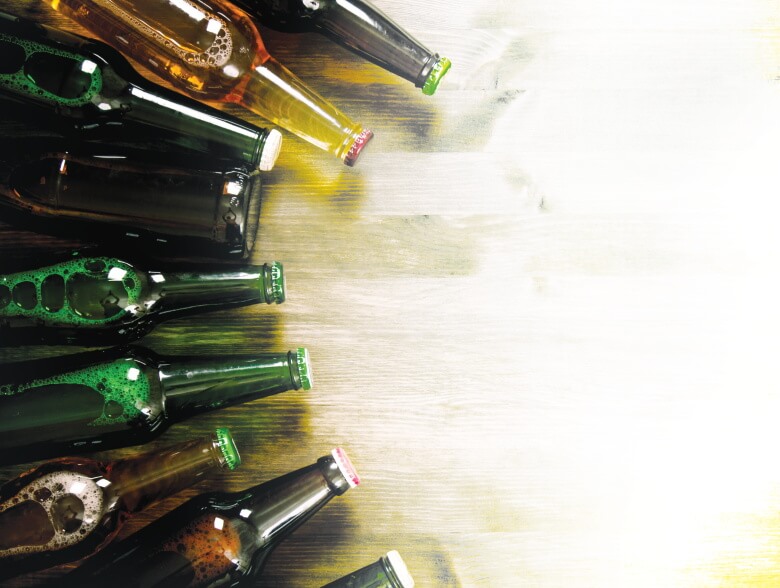 What you need to know about treating the waters

What you need to know about treating the waters

The German purity law of 1516 (the Reinheitsgetbot) states that beer may only include three ingredients: water, barley, and hops. The original version did not include yeast, but subsequent versions accept the reality that without yeast we would not have beer. Old German laws notwithstanding, brewers use all sorts of ingredients in the brewing process such as wheat, rice, fruits, spruce tips, honey, and even pumpkin spice. Lately, a new ingredient has been finding its way into commercially available beer: cannabis.

Before I was an attorney, I was a home brewer. I originally started brewing as part of a class in college (we got to drink beer for credit) and the hobby stuck. Although I can’t brew as often as I would like, I do like to keep up with changes in the industry. One big change in the brewing industry, was the announcement that Molson-Coors is partnering with a Canadian cannabis company, The Hydropothecary Corporation, to produce a cannabis-infused non-alcoholic beverage to be sold in the Canadian market after Canada’s legalization goes into effect this month. While big alcohol is just starting to take a look at big cannabis, other brewers have been testing the waters for some time.

As a recreational brewer, the inclusion of cannabis as a brewing ingredient makes a lot of sense to me, after all cannabis and hops come from the same family and have fairly similar flavor and aromatic profiles. Hop flowers used during brewing give beers some of their unique flavors, an example of a hoppy beer would be an India Pale Ale (IPA).

A few large commercial brewers are already using hemp or hemp products during different stages of the brewing process. Strictly in the interest of researching this article, I picked up a few six packs of what was available locally and tried them out. The first was Humboldt Brown from the Humboldt Brewing Company in California. Humboldt Brown is an American style Brown ale with a dark caramel color and a pleasantly bitter aftertaste. According to their website, humboldtbrewingco.com/brews, they brew Humboldt Brown by adding roasted hemp seeds at the beginning of the brewing process along with malted barley.

Another brewer is taking a slightly different approach to brewing with hemp. New Belgium Brewing, based in Fort Collins, Colorado, is brewing a beer known as The Hemperor. New Belgium is calling The Hemperor a Hemp Pale Ale or HPA. It is a hoppy beer with a relatively dark golden color and a strong hop/hemp aroma. To brew The Hemperor, New Belgium is using hearts of hemp seeds grown by Colorado Cultivars, a state licensed hemp farm, to match the aromatic signature of fresh hemp flowers. New Belgium has released their beer nationally (except in Kansas which banned it), and $1 per every barrel of The Hemperor sold is being donated to Hemp 4 Victory in support of its mission to raise awareness and promote pro-hemp bills in the House and Senate.

While marijuana remains illegal under federal law, hemp has been legalized by Congress to some degree under the 2014 United States Farm Bill. In a nutshell, the Farm Bill allows hemp to be cultivated in states like Nevada that have legalized the practice. So why aren’t more commercial brewers using hemp flowers and other parts of the plant in their beer?

The Alcohol and Tobacco Tax and Trade Bureau (TTB) will not approve any formulas for alcoholic beverages that include certain parts of the cannabis sativa plant (e.g. hemp flowers). However, TTB states that certain parts of the plant are exempted, including hemp seed oil, sterilized hemp seeds, and non-resinous mature hemp stalk. The TTB takes the position that the Farm Bill does not authorize the use of industrial hemp grown legally under the Farm Bill for use in alcoholic beverages (for further reading on TTB’s position, visit www.ttb.gov/faqs/a29.shtml).

TTB’s position, and the position of several other federal agencies, has been a real problem for the hemp industry. I had hoped that the Ninth Circuit Court of Appeals case of Hemp Industries Assn. et al. vs. U.S. DEA would have cleared up the question of whether or not products derived from hemp grown under the Farm Bill fall outside the Controlled Substances Act, but the Court essentially punted and dismissed the case on procedural grounds. The pleadings filed by the DEA during the case only served to muddle the issue even further.

In fact, Two Roots Brewing Co. released a non-alcoholic marijuana-infused beer in the Las Vegas market this summer. Brewed in California and infused with THC and CBD in Nevada, it is available in lager, stout, new west IPA, blonde ale, and wheat beer. Made without alcohol, the beer contains low amounts of THC with options of 2 and 5 milligrams per can.

I think the future looks bright for both brewing and cannabis. Hopefully in the next version of the Farm Bill, which is due to pass very soon, our elected officials will clarify the intent of the bill for our unelected administrative agencies and broaden the market for legally grown hemp products. With the current pace of state level marijuana legalization around the country, it’s not hard to imagine cannabis-infused beers sitting on shelves along with your favorite brew.