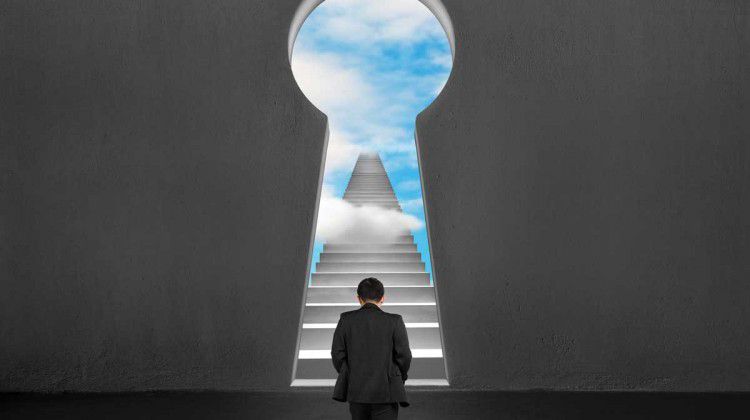 Medical researcher Philippe Lucas employed the use of cannabis as a tool to beat addiction long ago. But not like you might think.

While attending college in Ottawa, Canada, Lucas swapped alcohol and tobacco for smoking marijuana after being diagnosed with hepatitis C. Today, the cutting edge researcher is proving he was ahead of his time by investigating medical cannabis as a way to beat harmful addictions.

Through his research Lucas has found that Americans and Canadians are using the pain-killing properties of cannabinoids to suppress a growing crisis -- the opiate addiction epidemic. Once considered an evil gateway drug, many are finding the opposite to be true -- cannabis is now being studied as a formidable means to halt the use of alcohol, tobacco, opioids, and illegal illicit drugs. That’s a discovery with big implications because alcohol, illicit and prescription drugs contribute to the deaths of more than 90,000 Americans every year, while tobacco is linked to an estimated 480,000 deaths per year.

We seemed to flip the script -- from being promoted as a stepping stone drug by our government through the kind of drug war propaganda that was being perpetrated,” said Lucas. “I was finding not only a gateway, but it had proven to be an exit drug from substance abuse and addiction. That got me more interested in studying the phenomenon more closely over the years. I’ve put a number of surveys into the field to track patient use to examine the impact of cannabis use on the use of other substances.”

The term gateway drug was coined over 40 years ago, but, surprisingly, not with regard to marijuana. In the early 1970s, the National Institute on Drug Abuse gave money to Dr. Denise Kandel to research marijuana as a possible gateway drug. Dr. Kandel’s research suggested it was actually nicotine, not marijuana, that was most likely to lead to the use of harder drugs because nicotine primes the brain for addiction.

When I did the analysis, I found that there was a certain sequence that young people seem to be following when they got involved in drugs. They did not start with marijuana, but they started with drugs that are legal for adults in the society, such as beer and wine and cigarettes, other forms of alcohol,” Kandel recalled during an NPR interview in April 2015.

Over the years, Kandel’s research was twisted and marijuana became maligned as a stepping stone to heroin and other illegal substances. To this day, marijuana is and continues to be promoted as a one-way path toward self-destruction.

Once viewed as a Hummer speeding down the highway to hell, cannabis, legal or not, has put the vehicle in reverse. Recent survey statistics point to a change in direction for cannabis, and researchers are starting to see it as a way out of the jungle of addiction that puts a stranglehold on the quality of human life.

Studies are showing that marijuana may not be the bad guy after all, instead, ironically, offering a way out of addiction instead of into it. Kick-starting the effort are the changes in criminal possession laws and the adoption of medical marijuana to treat illness. With access easing, addicts and those suffering from mental illnesses may now have a tool to replace harsher medications.

Substituting cannabis for a harsher substance has been termed everything from risky to logical. But while doctors and researchers debate the use of what has been derogatorily labeled a “gateway” drug in reverse, a research movement has emerged to study the use of cannabis to ease or even eliminate addictions especially with regard to the opiate scourge.

THE REAL GATEWAY DRUG IS IN YOUR MEDICINE CABINET

Oxycontin, Percocet, fentanyl, codeine, Vicodin, morphine...we have all heard of or taken any one of these opioids at some point. In 2012, 259 million prescriptions were written for opioids, which is more than enough to give every American adult their own bottle of pills.

Despite their ubiquity, the National Institute of Health (NIH) acknowledges that existing opioid medications have a range of side effects that make them “problematic” as pain treatments. NIH goes on to note someone who is physically dependent on a medication will experience withdrawals when the drug is abruptly reduced or stopped.

Opioids attach to specific proteins called opioid receptors, which are found in the brain, spinal cord, gastrointestinal tract and other organs. When these drugs attach, they reduce the perception of pain. Opioids can also produce drowsiness, mental confusion, nausea, constipation and impede respiration.

With an estimated 4.3 million Americans engaged in non-medical use of prescription painkillers in the last month, the skyrocketing number of opiate addictions has health officials and researchers scurrying to find alternatives to opioids. However, step-down treatments, synthetics and rehab centers using the standard addiction protocols have not stemmed the outbreak. New synthetics are on the way but with any drug, side effects are often worse than the opiate itself.

Researching synthetics as an alternative to opiates, NIH recently reported that “teams of researchers synthesized a compound unrelated to known opioids that relieved pain in mice for nearly three hours -- much longer than the relief produced by morphine -- and with minimal side effects, including reward. The compound, PZM21, selectively relieves central nervous system-mediated pain by activating the mu-opioid receptor via a G-protein coupled receptor pathway. This breakthrough highlights the power of computer-based drug design. The unique chemical activity of PZM21 makes it a valuable tool to study opioid receptor biology, and is an important step toward the development of safer pain medications.”

CANNABIS AS A SUBSTITION SOLUTION

The evolution of cannabis’ healing properties has given rise to a wave of new applications for “substitution therapy.” Substitution effect happens when the use of one product or substance is influenced by the use or availability of another and leading the way is cannabis.

A scholar at the Centre for Addictions Research of British Columbia, Lucas has spent the last 10 years proving his theory that the benefits of medical cannabis are many and now include substitution. He was the Primary Investigator in a four-site survey protocol examining “substitution effect” and associated harm reduction in medical cannabis users in British Columbia. “I’m a big believer in harm reduction,” Lucas explained. “You’re substituting a far more benign, safer substance for a substance that is not only dangerous as far as overdose, but also far more addictive.”

Researchers teamed with staff from four medical cannabis dispensaries located in British Columbia to gather demographic data of patient-participants as well as information on their past and present cannabis, alcohol and substance use. A 44-question survey was used to anonymously gather data on the impact of medical cannabis on the use of other substances.

The study concluded, “With 75.5 percent of respondents citing that they substitute cannabis for at least one other substance, and in consideration of the growing number of studies with similar findings and the credible biological mechanisms behind these results, randomized clinical trials on cannabis substitution for problematic substance use appear justified.”

NOT SO FAST -- CANNABIS AS AN EXIT DRUG?

Studies aside, don’t expect an onslaught of doctors telling patients under their care for addiction to heroin to jump on the bandwagon. Treating an addiction with an addictive substance may sound unstable, if not crazy.

Dr. Mel Pohl, M.D., of the Las Vegas Recovery Center, is certainly skeptical. He believes cannabinoids as a substitute are risky.

We haven’t studied it well enough and which components are appropriate,” Dr. Pohl said. “We have legislated no real control or production standards. We
have no idea what people are ingesting. My concern is safety for the patient. The other concern is the risk of going back is high.”

Dr. Pohl said any substitute should be “a product low

in THC and high in CBD” and noted that medical cannabis

puts the patient “at high risk for other addictions. You can say the same thing about all the drugs that hit the dopamine system in the mid-brain,” he explained. “It puts the brain at risk because it can’t tell where the drug is coming from.

I’m not a fan of opioids but I don’t think turning away without good studies is the right thing to do,” said Pohl, whose Las Vegas Recovery Center uses holistic approaches to treat pain management with options that include a 12-step program, cognitive behavioral therapies, mindfulness therapy, acupuncture, massage therapy, yoga, gigong, Reiki,
and exercise.

The cost continues to be an obstacle to access,” Lucas said of the biggest socio-economic factor facing cannabis. Specific socio factors, he noted, when cannabis was legalized in U.S. states included a reported decline in DUI-related deaths, domestic violence, homicides and suicides, and other violent crime.

But “the goal is in sight,” he forecasted, pointing to Netherlands and Germany as models. “Insurers find that the patients have fewer visits, they use less prescription drugs and have better health outcomes overall. From an economic perspective, it makes sense for insurance companies to cover the cost. Private insurers are always interested in finding ways to save money.”

It’s not just Lucas, other researchers are also seeing health benefits as a result of decreased use of opiates stemming from legal access to marijuana. Dr. Marcus Bachhuber, who is a medical doctor with a master’s of science in health policy research from the University of Pennsylvania, conducted research focusing on approaches to addressing prescription drug misuse. He found a 25 percent lower rate of opioid mortality in states with medical marijuana than in neighboring states.

The team of Bradford and Bradford found in a 2016 survey that prescription drug counts dropped for seniors in medical marijuana states compared to neighboring states.

Lucas’ 2012 study “Cannabis as an Adjunct to or Substitute for Opiates in the Treatment of Chronic Pain” published in the Journal of Psychoactive Drugs found that “cannabis was substituted for all three classes of substances, suggesting that the medical use of cannabis may play a harm reduction role in the context of use of these substances.”

In combining all the studies, Lucas concluded, “There is a growing body of evidence to support the use of medical cannabis as an adjunct to or substitute for prescription opiates in the treatment of chronic pain. When used in conjunction with opiates, cannabinoids lead to a greater cumulative relief of pain, resulting in a reduction in the use of opiates (and associated side effects) by patients in a clinical setting.

Additionally, cannabinoids can prevent the development of tolerance to and withdrawal from opiates, and can even rekindle opiate analgesia after a prior dosage has become ineffective. Novel research suggests that cannabis may be useful in the treatment of problematic substance use.”

Noting opioids are the leading cause of accidental death in North America and that four of five people who inject heroin start out using prescription opioids, Lucas concluded, “Give physicians a tool other than an opioid to deal with chronic pain, I think it would save a lot of lives and reduce a lot of suffering.”