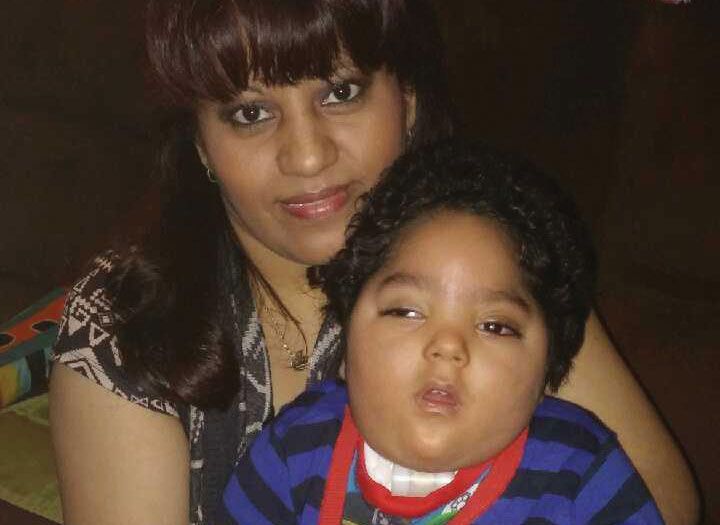 Three-and-a-half-year-old Marco Rivera was born blind and deaf, among other maladies, due to anoxic damage, which means lack of oxygen to the brain. His umbilical cord was stretched to the point where it didn’t provide oxygen to his brain for a period of time causing damage.

Facing such dire consequences, the Riveras were desperate and in search of options. Their search led them to Dr. Kathleen Smith, a Las Vegas doctor who has been treating patients with medical cannabis since 2010.

“His doctors had basically told the family there was nothing more that could be done for him and that he was just going to die. So there were no further options. They came to me to see if I thought CBD would do anything for him. I told the Riveras, ‘CBD won’t hurt him, and if there is a part of the brain still functioning, CBD will help that part of the brain take over other functions.’”

As to whether CBD would work, Dr. Smith wasn’t sure. “I didn’t know then and still don’t know how much improvement they will get. I have no way of knowing because none of us actually know how much of the brain is still functioning. But I do know this, none of us use all of our brain and what happens with damaged brains of children is other parts of the brain will take over the functions so you just have to wait and see if you can trigger the other part of the brain and take over the function.”

After a year of CBD oil being administered through his g-tube, something has definitely been triggered in Marco’s brain. “Marco is legally blind and deaf and he went from 100 percent blind and deaf to cortical hearing and cortical vision. Just how much he hears and how much he sees hasn’t been determined but he is responsive and as far as seeing, he does track people and responds to flashes of light. As far as noises and hearing things, you talk to him and he turns his head toward you. Overall, I was just looking for a little bit of motor movement and I got a lot more than I was asking for,” enthused Marco’s father.

Dr. Smith is also pleased with Marco’s progress. “He is so much more alert, he very rapidly moves his head, and stares at you if you are talking to him, he moves his arms a lot more, all of his movements are a lot more purposeful. You know he is hearing well because he even hears a slight sound now and responds to it. You can see that there is part of the brain that is increasing its functionally. Now we are going to encourage the next phase which is to get him to swallow so we can take the g-tube out and he can actually start to eat.”

“He started off with pages of medication and once he got off all of that and he was released fully to the hemp oil, it changed my boy in every way,” Rivera says. “He actually goes to school already, too. He gets home pre-school. It’s remarkable how he has progressed.”