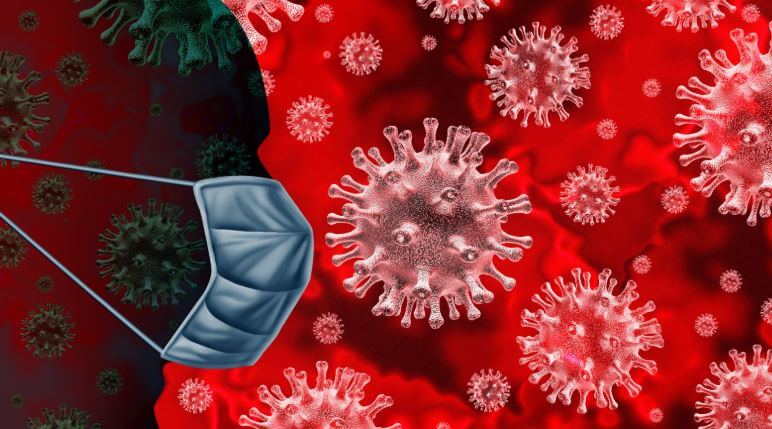 Binge away self - quarantine with slate of pandemic movies

Binge away self - quarantine with slate of pandemic movies

As people hunker down in their homes during the crisis caused by the spread of COVID-19, some might find it comforting to take in fictional stories of pandemics, finding a little solace in how characters overcome deadly diseases (or learning from the ways they don’t). Here are 10 pandemic movies worth watching at home during this challenging time.

Contagion (2011) Steven Soderbergh’s star-studded ensemble drama is the most oft-cited example of a film that accurately reflects what’s happening in the world right now, with its depiction of a virus that jumps from animals to humans and spreads in part thanks to government indifference and inaction. The drama is tense but not overblown, and perhaps the scariest thing about this movie is that rather than depicting the end of the world, it depicts how easily society can descend into chaos even without an apocalypse.

Outbreak (1995) Inspired by Richard Preston’s 1995 nonfiction book The Hot Zone, about Ebola and related viruses, Outbreak joins Contagion as one of the go-to virus movies of our time, with a relatively realistic depiction of a deadly disease in a small American town. It’s more of a mainstream thriller than Soderbergh’s film, with clear heroes and villains, but it’s also rooted in the science of Preston’s book (which was later adapted into a more faithful but less interesting 2019 miniseries).

The Andromeda Strain (1971) For decades, Robert Wise’s film based on Michael Crichton’s bestselling 1969 novel was the definitive pandemic movie. Although its particular virus is alien in origin, the movie is an otherwise sober procedural about scientists investigating the effects of and potential countermeasures to the deadly pathogen. It’s a tribute to teamwork and diligence, with Crichton’s typical focus on (mostly) plausible science. The methodical movie builds to a thriller climax, as the smallest variations in the handling of the virus lead to potentially disastrous consequences.

The Stand (1994) Stephen King’s massive 1978 novel remains one of the most popular stories of a disease that ends civilization and culls the human population, and Mick Garris’ equally epic miniseries adaptation is cheesy but satisfying, with harrowing (if broadcast-friendly) depictions of the deadly disease known as Captain Trips. The disease is only the first phase, as a battle between two factions of survivors then decides the ultimate fate of humanity. It’s a sweeping, intense story, with great villainous performances from Jamey Sheridan and Miguel Ferrer, in one of the most effective productions of the network-TV King-adaptation boom.

Rise of the Planet of the Apes (2011) When people think of the various Planet of the Apes movies, they mostly think of the apes running the planet, and not what happened to the humans. But this prequel, the first of a reboot trilogy, stealthily introduces itself as a pandemic movie as its story progresses. The drug that creates leaps of intelligence in apes also turns out to be deadly to humans, and as scientists fail to realize the danger they’ve created, the disease spreads, clearing the planet for the rise of the apes.

Children of Men (2006) The world has been devastated by many plagues in Alfonso Cuaron’s visually dazzling sci-fi thriller, including a flu pandemic and, most pressingly, an unknown disorder that has caused widespread infertility in humans. Although the world has become unstable and violent in the wake of so much disease and death, with martial law imposed in the U.K., the movie offers a sliver of hope in the form of the first pregnant woman in 18 years, and the plot focuses on nurturing that hope, even in the face of unavoidable danger.

12 Monkeys (1995) Terry Gilliam’s surreal sci-fi mindbender is mainly about time travel, but the reason that Bruce Willis’ refugee from the future travels back to the past is to stop a deadly pandemic, which he believes will be released by a radical animal-rights group. 12 Monkeys is more concerned with destiny and self-fulfilling prophecies than with how a virus spreads across the globe. The movie ends with a chilling moment of inevitable doom of the human race, no matter how hard we try to avoid it.

28 Weeks Later (2007) One of the scariest things about this movie, the sequel to 2002’s 28 Days Later, is its depiction of how a pandemic resurges following a period of complacency. The zombie-inducing “rage virus” from the first movie seems to have been contained, but one tiny crack in the quarantine area immediately tears the fragile calm apart, as new people are turned into zombies far more quickly than they can be stopped. It’s a sobering reflection on hubris, packaged as a fast-paced zombie movie.

Daybreakers (2009) What if a disease that jumped from bats to humans was the cause of actual vampirism? That’s the hook of this hokey but fun movie that combines horror imagery with a sci-fi concept. As the disease propagates, nearly everyone on the planet is now a vampire, leading to a shortage of human blood to consume, and a total shift of societal infrastructure in order to avoid sunlight. The movie’s hero is a vampire scientist played by Ethan Hawke, with the same goal as scientists in every pandemic movie: finding a cure.

Pontypool (2008) The disease in this heady, surreal Canadian thriller is spread not by germs, but by words, which makes the radio DJ played by veteran character actor Stephen McHattie the perfect hero. Somehow certain bits of spoken language become infectious and weaponized, turning the people who say or hear them into ravenous, suicidal carriers. Only by resorting to speaking foreign languages or communicating via gestures can the main characters avoid the pandemic and save themselves.