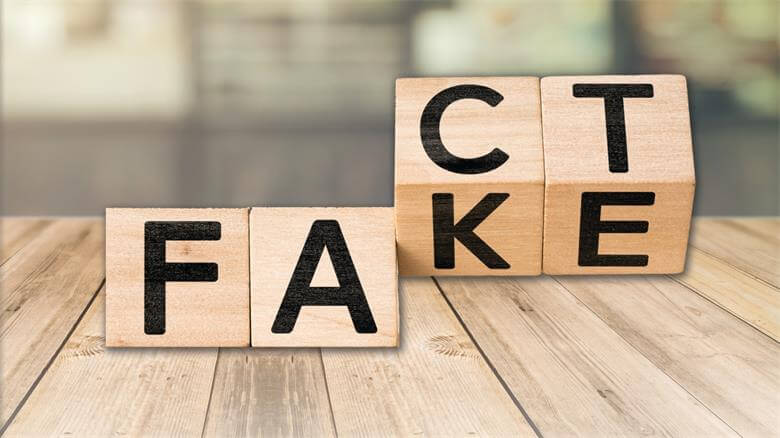 There are many widespread beliefs out in the world that everybody clings to when the subject of cannabis comes up in conversation. Of course, one figment that has been greatly dispelled in recent years is the idea that cannabis has no medicinal properties. For those keeping up, we disprove that belief every month in the pages of this magazine as it applies to a whole host of conditions, ailments, and diseases.

But there are many other common assumptions swirling like smoke through the universe that may have some basis in fact or perhaps not so much. We think you will be surprised to learn that a couple of beliefs the cannabis community attests to are more fake than real. Read on to find out what you might be falsely spreading and contributing to cannabis’ mythical nature.

Does cannabis cause anxiety? Well, it depends.

“There is definitely no evidence that cannabis does cause anxiety in certain people,” explains Dr. Scott Jacobson. “But, certainly paranoia is a side effect of taking too much cannabis, especially for people who are not accustomed to using cannabis.”

Dr. Jacobson of Wishing Wellness Medical goes on to describe a study that came out last year that investigated semi-regular cannabis users for better insight into cannabis’ effects on anxiety. Dr. Jacobson described the study’s participants as “people who didn’t use every day but used on average a couple of times a week.” The study tested participants by putting them in stressful situations and then had them do some tests to determine whether they did better with cannabis or without cannabis, using several different doses. “They found a dose-dependent relationship,” explains Dr. Jacobson. “In other words, in low doses, THC actually reduced anxiety. However, if you increase the dose past a certain point, it will actually cause anxiety so it kind of had the opposite effect. So, the answer to the question is it both reduces anxiety and increases anxiety in a dose-dependent manner.”

Dr. Jacobson mentions cannabidiol (CBD) as another choice for treating anxiety. “Some of the studies on anxiety have really been positive with CBD which does not cause anxiety,” he notes. “Researchers have found very positive results in reducing anxiety with CBD. I have experienced this a lot in my practice, I recommend a lot of CBD in spray or vape form for anxiety and it helps more in prevention than it does in an acute attack of anxiety.”

Cannabis for treating glaucoma? Not so much.

For decades we have heard references to people using cannabis to treat glaucoma, but it turns out it’s not such a good idea. For glaucoma, which is a disease of the optic nerve that is usually associated with high intraocular pressure involving fluid inside of the eye that experts pressure causing gradual loss of vision, there is a much more straightforward treatment option.

According to Dr. Jennifer Burke, OD, of Eyediology Vision Care, currently the only way to treat glaucoma is by lowering eye pressure. “Nowadays, the first line treatment for glaucoma is taking an eyedrop which is something that does not adversely affect someone’s quality of life. It depends on the patient, but for most people it’s a once-a-day eyedrop,” says Dr. Burke.

But what about using cannabis to treat glaucoma? “That’s one of the myths that patients always ask me about because they hear about it in the movies or on TV,” says Dr. Burke, who explains cannabis is not the most effective treatment for glaucoma. “I’m not a stick in the mud about marijuana -- I do know there are legitimate medicinal properties of marijuana that can help you with a variety of health ailments but as far as glaucoma, it’s really not the most effective treatment.”

Although it has been proven that cannabis lowers inner ocular pressure, it is short acting. “It only lasts for maybe three hours and then you must dose again, and glaucoma is a lifelong condition. It’s not a short-lived situation. You would have to wake up multiple times in the middle of the night because you wouldn’t want to experience pressure highs and lows. Just like you don’t want blood pressure or blood sugar highs and lows because that can actually cause more damage. So, for those patients who don’t have medical insurance and wish to self-medicate, they can actually do harm by trying to occasionally smoke pot to control their eye pressures. Glaucoma is definitely a medical issue that needs to be managed by a doctor,” explains Dr. Burke.

She also goes on to explain that smoking in general is not optimal for your vision because it increases your risk for macular degeneration. “Whether it’s smoking cannabis or smoking a cigarette, that’s an associated risk factor. People who smoke have a higher risk of developing macular degeneration so that’s definitely something you have to weigh,” says Dr. Burke. “A lot of people don’t realize smoking can affect their eyesight, they always think of their lungs and their heart, but eyesight is something to consider as well. If you are a regular smoker, it does increase your risk for problems in your central vision as you get older.”

Addiction is very complex. In the Diagnostic and Statistical Manual of Mental Disorders [DSM], which is the manual used by clinicians that contains descriptions and symptoms of all mental disorders classified by the American Psychiatric Association (APA), addiction is defined as a substance use disorder. Substance use disorders are in the DSM for many different psychoactive substances: alcohol, cocaine, the whole class of opiates, and psychedelic drugs like LSD and PSP. Cannabis has a distinction as a substance that can cause a use disorder. So as defined in this way, yes, cannabis is addictive.

“There is a lot of criteria that can make somebody have a disorder when using a substance,” explains Dr. Scott Jacobson of Wishing Wellness Medical. “One of the criteria for substance abuse disorder says that substance causes you to seek it out. Does it cause you to have cravings for it? Or an urge to use the substance? Do you develop a tolerance to it? Do you have withdrawal symptoms when you stop using it? The answers to all those questions can be yes for some people with regard to the use of cannabis.”

“Can you use the substance and not be addicted?” asks Dr. Jacobson, “I think yes. I would say you can definitely be addicted to cannabis but it’s a much lower risk of developing a substance use disorder than any other substances and I think you also have to take into account the potential benefits of cannabis. With every medicine there’s risk and benefits and you always have to weigh those, but I think the risk of addiction is small and the complications with cannabis are pretty small. Most people who use cannabis don’t become addicted to it.”

But there is still a significant number of people who can become addicted. In 2014, 4.2 million people ages 12 and up met criteria for a substance use disorder based on marijuana use, according to the Substance Abuse and Mental Health Services Administration.

Dr. Jacobson lists cannabis’ telltale signs of addiction as affecting relationships you are in or your ability to function. “For some people it does have a negative impact,” he continues. “Another thing to consider is the chemical or physical addiction. There are also some withdrawal symptoms especially in heavy users. We do see cannabis withdrawal syndrome so people who use heavily and then stop will often have irritability, a hard time sleeping, and these things are considered a withdrawal, and they tend to get better after a few days.”

But he clarifies, “None of the withdrawal symptoms are dangerous or would require hospitalization but certainly they can be uncomfortable making it difficult to stop using which incentivizes people to continue using.”

Munchies: Are they for real?

Q: Did you hear about the time Mark Paul Gosselaar got high and had the munchies?

A: He was Saved by the Taco Bell.

After smoking a bowl, girls just wanna have Funyuns.

Cannabis’ reputation for causing cravings for junk food is often joked about among users and non-users alike. But is it true or not?

“Munchies are definitely real,” confirms Dr. Scott Jacobson of Wishing Wellness Medical. “One of the things that has been studied pretty extensively is the use of cannabis for cachexia or wasting for chemotherapy or HIV/AIDS patients to stimulate their appetite. We know that it has that effect on the body.”

As for specific strains, Dr. Jacobson says cannabis’ stimulating effect on appetite is pervasive. “A lot of people ask me if there are certain strains that are better for munchies and I have not found one that does not cause munchies,” he explains with a chuckle.

As for why cannabis causes hunger pangs especially for junk food, Dr. Jacobson notes that “cannabis improves or intensifies all of our body’s sensations -- our connection with music, with food, with taste, with sex, everything is intensified. So being on cannabis is going to make that more intense and more pleasurable.”

Shutting the door on cannabis as a gateway drug

The term gateway drug was coined over 40 years ago but, surprisingly, not with regard to cannabis. In the early 1970s, the National Institute on Drug Abuse (NIDA) gave funds to Dr. Denise Kandel to research marijuana as a possible gateway drug. Dr. Kandel’s research suggested it was nicotine, not marijuana, that was most likely to lead to the use of harder drugs because nicotine primes the brain for addiction.

“When I did the analysis, I found that there was a certain sequence that young people seem to be following when they got involved in drugs. They did not start with marijuana, but they started with drugs that are legal for adults in the society, such as beer and wine and cigarettes, other forms of alcohol,” Kandel recalled during an interview she gave to NPR in April 2015.

Over the decades, Kandel’s research was twisted and marijuana became maligned as a stepping stone to heroin and other illegal substances. There are still people who believe marijuana is a one-way path toward drug addled self-destruction, despite there being no conclusive evidence that the drug effects of marijuana are causally linked to the subsequent abuse of other illicit drugs concludes a “Marijuana and Medicine” study from the Institute of Medicine.