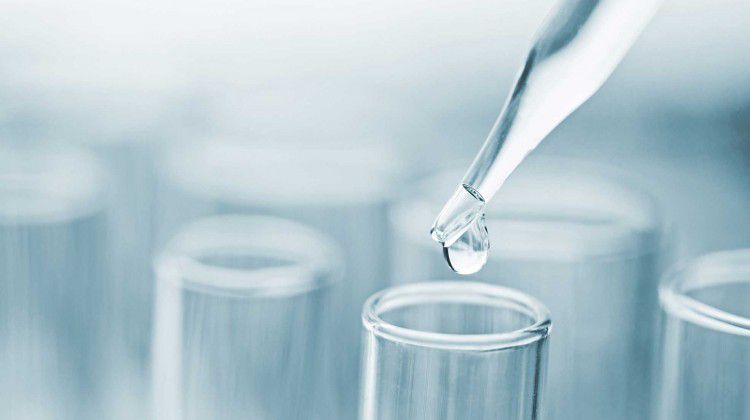 Nevada has positioned itself at the forefront of cannabis safety and potency testing by requiring all medical marijuana products to undergo laboratory testing. Following analysis from a Nevada-accredited Independent Testing Laboratory, a “lot” of sample is given a Certificate of Analysis (COA), which displays safety and potency testing results. While the information provided on a COA may seem overwhelming, these results can be invaluable when deciding which strain will be best suited to address a patient’s medical needs. The following glossary is intended to assist patients when selecting a medicinal cannabis product.

Sativa species of the cannabis plant typically associated with inducing a cerebral-high. Sativa strains tend to be uplifting and creative, best suited to treat depression, ADD, fatigue, and mood disorders.

Hybrid a combination of indica and sativa genetics and characteristics. Hybrid strains can be indica- or sativa-dominate and are typically described as a ratio, such as 80/20 indica-dominate or 60/40 sativa-dominate.

Cannabinoid compounds found in the cannabis plant that interact with cannabinoid receptors producing the psychoactive and medicinal effects associated with cannabis use. In cannabis, cannabinoids are concentrated in glandular structures known as trichomes.

Trichome small crystal-like hairs that cover cannabis buds, giving them a frosty appearance. Trichomes consist of a stalk and resin gland, and are responsible for producing cannabinoids and terpenes in the cannabis plant.

Alpha-Bisabolol (terpene) has a floral, earthy, herbal scent and is used in some cosmetics. It is known to have anti-inflammatory, anti-irritant, and anti-microbial properties.

Alpha-Humulene (terpene) possesses a hoppy, herbal scent and is also found in hops, sage, and ginseng. It is believed to have anti-inflammatory, analgesic, and antibacterial properties.

Alpha-Pinene (terpene) is the most common terpenoid found in nature, possessing a pine resin scent. It is also found in rosemary, sage, and pine trees. Primary effects include anti-inflammatory, antiseptic, bronchodilator, and anti-cancer. Alpha-pinene is believed to improve mental focus and memory retention.

Alpha-Terpinolene (terpene) possesses a woody, smoky odor and is also found in lilac, tea tree, apple, and cumin. It has both antibacterial and antifungal effects and can function as a mosquito repellent. In addition, it also has potent antioxidant effects and is thought to have anti-proliferative properties.

Beta-Caryophyllene (terpene) has a spicy, wood aroma and is found in herbs and spices including black pepper, oregano, cloves, hops, and rosemary. It possesses analgesic, anti-inflammatory, antifungal, and antidepressant properties. It activates CB2 receptors even though it is not a cannabinoid.

Beta-Myrcene (terpene) is most commonly associated with indica strains of cannabis and has a musky, herbal scent with hints of citrus flavors. It has sedative properties, and may be useful in treating insomnia, muscle spasms, and inflammation.

Beta-Pinene (terpene) is similar to alpha-pinene, possessing pine scents and is abundant in nature. Along with analgesic, bronchodilator, and anti-inflammatory effects, it is also believed to possess antitumor properties.

Caryophyllene Oxide (terpene) is closely related to beta-caryophyllene and possesses a lemon balm odor. It is likely the primary odor which drug-sniffing dogs use to identify cannabis.

Limonene (terpene) has a citrus, lemon odor and is also found in citrus fruits, rosemary, juniper, and peppermint. Limonene is thought to possess antidepressant and anti-anxiety effects and is used to treat acid reflux and relieve nausea.

Linalool (terpene) has a flora scent and is found in lavender, mint and cinnamon. It possesses anti-anxiety, anti-depressant, sedative, and pain relief effects. Some evidence suggests it may have antitumor properties against certain human cancers.

Delta 9 Tetrahydrocannabinol (Δ9-THC) (cannabinoid) is the biologically active form of THCA. It is the most abundant cannabinoid in cannabis and possesses psychoactive properties. In addition, Δ9-THC also possesses analgesic, anti-inflammatory, and anti-emetic properties.

Tetrahydrocannabinol Acid (THCA) (cannabinoid) is the non-psychoactive form of Δ9-THC. Following heating or burning, THCA is converted into the psychoactive compound Δ9-THC. THCA is thought to have neuroprotective, anti-spasmodic, anti-inflammatory, anti-proliferative, and anti-vomiting properties.

Cannabinol (CBN) (cannabinoid) is a degradation product of THC. It has psychoactive properties similar to Δ9-THC, but only at about one-tenth of the potency. CBN has powerful sedative properties and has been shown to possess pain relieving, anticoagulant, antimicrobial, and antidiarrheal properties.