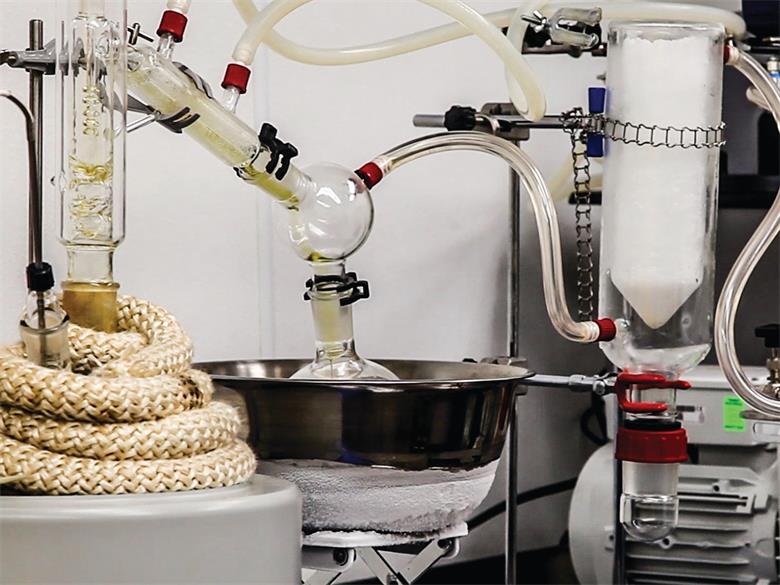 Delta-8: The Dawn of a New Super Med

Delta-8: The Dawn of a New Super Med

Considering that delta-9 THC or tetrahydrocannabinol, cannabis’ most prominent and well-known cannabinoid, was identified only 54 years ago, the discoveries of what cannabinoids have the power to do has only scratched the surface. As cannabis’ marquee molecule, the delta-9 THC isomer has gotten the most attention, followed closely by CBD (cannabidiol) and then CBN (cannabinol). But what of the relatively unknown delta-8 tetrahydrocannabinol?

In short, delta-8 THC is delta-9’s friendly alter ego. It’s chemically different from delta-9 THC by only a few atomic bonds—some say providing the body high people feel rather than the head high experienced from delta-9. Anecdotal reports from the cannabis community also suggest delta-8 creates a pleasant stoned feeling that is a different sensation compared to delta-9 THC. In addition, it’s rumored that delta-8 not only offers a functional high, but users don’t suffer the same kind of intense paranoia sometimes reported from delta-9 consumption.

Delta-8 binds to both CB1 and CB2 receptors in the body, producing different sensations than delta-9. They both hit the same receptors, but one is more potentiating than the other with delta-9 having stronger psycho-activity or stronger psychoactive effects than delta-8. Delta-8 binds to the cannabinoid G-protein coupled receptor CB1, located in the central nervous system. To dig deeper than that, the explanation of the physiology needs a chemistry/physiology interpreter.

To date, the few and far between studies conducted on delta-8 have shown it to be both a potent appetite stimulant and anti-nausea treatment showing promise for combating the side effects of chemotherapy or other cancer treatments. As well, delta-8 has shown the ability to shrink tumors and possesses neuroprotective properties with potential applications in Alzheimer’s and traumatic brain injury.

With so much in the way of medicinal potential, products are beginning to be sought out with delta-8 as the only or predominant ingredient though it exists naturally only in fractions of a percent. Cannabis companies are taking notice of the value of delta-8 and extract products have begun to appear in marketplaces in Nevada, California and Washington.

More studies, of course, are needed to further understand the potential of delta-8. Targeted treatments and the mixture of delta-8 with other cannabinoids and terpenes also need to be further researched. The delta-8 cannabinoid is a powerful antiemetic capable of drastically reducing nausea and vomiting. This, along with its ability to stimulate appetite, make it extremely viable as a treatment for a multitude of diseases and conditions ranging from AIDS to cancer, and the neuroprotective properties have great potential application in nerve center regeneration and protection.