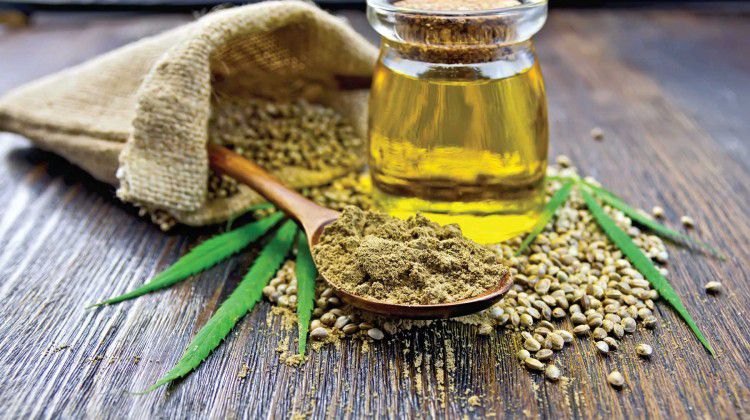 A compromised endocannabinoid system could be the underlying cause of many conditions that modern medicine has failed to cure.

A compromised endocannabinoid system could be the underlying cause of many conditions that modern medicine has failed to cure.

We've all been bombarded by the “disease awareness” campaigns sponsored by pharmaceutical companies. You've probably even had the experience of rubbing your eyes as you toddle off to bed mumbling to yourself “maybe I do have chronic dry eye syndrome.”

Unfortunately, these ads play to our deep seated concerns about the frequency of our bowel movements (CIC), the quality of our sexual performance (ED), or our potentially restless legs (RLS) while putting billions of dollars into the pharmaceutical industry's pockets. Often, as we know, the side effects are sometimes worse than the issue the drug claims to cure.

It is understandable, then, if you are skeptical about yet another syndrome, or a pharmaceutical claiming to cure yet another disease. However, unlike the pharmaceutical industry's faux diseases, Endocannabinoid Deficiency Syndrome flips the script and may, in fact, be the underlying deficiency of a large number of diseases that modern medicine has failed to cure: one disease with a thousand faces.

eCB deficiency has been linked to migraines, irritable bowel syndrome, and fibromyalgia. Recent research also suggests that autoimmune diseases, like rheumatoid arthritis and lupus as well as mood disorders such as anxiety and depression, may also be linked to eCB deficiency. More clinical research is necessary to scientifically confirm this, but thousands of patients have found relief through regulating their eCB system.

YOUR BODY’S OWN MARIJUANA

Your endocannabinoid system is a physiological signaling network spread throughout the body that keeps the other systems, such as the immune system, digestive system, and central nervous system (yes, pretty darn important stuff) operating at an optimal level. In other words, it keeps your major systems in balance, or homeostasis, and acts as a major part of the body's self-healing system.

You'll be surprised to learn that as part of this eCB system, your body essentially makes its own marijuana. The hormones, called endocannabinoids, are the body's way of regulating the other bodily systems. For a variety of reasons, including poor diet, inactivity, and environmental toxins, and an absence of hemp oil and seeds from our diet, the eCB system is not producing enough endocannabinoids to manage the job of regulating the other systems, hence the deficiency.

WHAT IS CLINICAL ENDOCANNABINOID DEFICIENCY SYNDROME?

In 2004, Ethan Russo, M.D. coined the termed Clinical Endocannabinoid Deficiency Syndrome (eCB Syndrome for short) to describe this problem. His research into the endocannabinoid system revealed that three conditions -- migraines, irritable bowel syndrome, and fibromyalgia -- usually appear in a cluster, that is, people with one of these problems usually had the other two.

eCB Deficiency Syndrome is not yet part of the official diagnostic bible your doctor uses, but it explains why some diseases are not successfully treated with conventional medications (they’re treating the symptom, not the cause) and why those diseases are best managed by cannabis and hemp-based medicinal products.

While there are other reasons, including inherited problems, for a dysfunctional eCB system, common sense tells us that the primary reason for an overall deficiency of our body's own marijuana is dietary and lifestyle choices.

eCB Syndrome may also emerge following sustained unhealthy lifestyle habits, including stress and chronic alcohol or drug abuse, among others, that may act as a cumulative “trigger” in the development of presenting symptoms. These chronic, sustained stressors on the body and mind suggest that eCB Syndrome may appear more frequently in middle aged or older people as it may take the body years to develop the symptoms of these endocannabinoid system inhibitory factors.

The first thing to do is take a look at your diet and lifestyle. Detoxifying the body through fasting and healthy eating is the first step toward optimum health. Of course, you've heard it before, but getting out for moderate exercise also up-regulates the eCB system. Getting rid of chemical-laden soaps, shampoos, and body creams can eliminate chemicals that disrupt your endocrine system, but may also impact your endocannabinoid system. (Visit www.elevatenv.com/endocannabinoidsystem to read more and access healthy recipes designed to regulate your eCB system.)

Meditation and various talk therapies have demonstrated benefits of alleviating eCB Syndrome. Moreover, massage therapy with or without cannabinoid-infused oils (though the latter is recommended) acupuncture, chiropractic work, yoga, and spiritual practices may also be effective tools in properly toning the eCB system. In addition, learning to relax, getting a good night’s sleep (all of which can be achieved through cannabis use) enhances quality of life.

Getting a medical marijuana card in Nevada, or using your out-of-state card, and visiting a local medical marijuana dispensary is perhaps the best way to jumpstart optimizing your eCB system. Starting with a pure CBD tincture is the safest route to take as CBD is non-psychoactive and doesn't show up on an employment urine test. Most dispensaries in Nevada have well-trained staff who can assist you in choosing the correct product and helping you accurately dose.

If CBDs, coupled with lifestyle and dietary changes, don't improve your condition, moving toward THC products is the next logical step. Be sure you are aware of the risks before embarking down this path. Each person reacts differently so start at a low dose and go slow when choosing to consume more psychoactive products.

Everyone reacts to and processes cannabinoids in a unique manner. Accurate dosing and recording your improvement in a health journal is fundamental to the development of a successful treatment protocol. Experimentation with dosage, cannabinoid and terpene combinations, as well as a method of administration may be necessary.

The road to resolving your eCB deficiency has many curves in it. It includes altering lifestyle choices, exercising, reducing life stressors, changing your diet, and getting on a regime of cannabinoid therapies. If eCB deficiency is one deficiency with a thousand faces, then the solution is making a thousand proper choices to improve one life: yours.