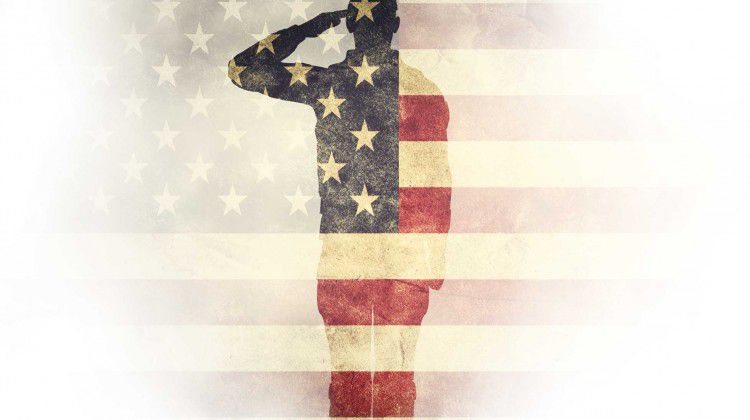 On Veterans Day, we must recommit our efforts to bring federal policy in line with state laws and support scientists who recognize the value of treating PTSD, epilepsy, nausea, and severe pain with medical marijuana.

As a member of the House Veterans Affairs Committee, my prerogative is to ensure that we provide the safest, most innovative, and most humane health care options to those who wore the uniform and now suffer from service-related mental or physical ailments.

That’s why I believe the Department of Veterans Affairs must modernize its policies related to medical marijuana. The VA’s current protocol forces veterans, in states where it is legal, to seek medicinal cannabis on their own rather than with a VA doctor’s advice and supervision. That makes no sense.

In our effort to provide veterans a fulfilling, pain-free life, we cannot ignore the fact that too many of our heroes have developed an overreliance on prescription opioids, which, in turn, has often led to increased addiction, homelessness, and suicide.

After recognizing the problem, the VA took action: prescriptions have been reduced by 20 percent; there is a push for alternative therapy options like yoga and service animals; and more attention is being paid to screening for depression and substance abuse. But we have more work to do. VA directives continue to prohibit VA doctors from prescribing or even speaking with veterans about medical marijuana as a potential treatment, even in states where it is legal.

I am working to change that by asking my colleagues in Congress to remove the current barriers preventing veterans from having conversations with their doctors about accessing medical marijuana. We must pass the Veterans Equal Access Act, H.R. 667, legislation that would eliminate the current VA policy.

Republican opposition has kept the measure from becoming law, but each time Congress has voted on it, we have seen more and more lawmakers recognize the need for a change.

As we work to expand access, we must also strive to learn more about the effects of medical marijuana. The U.S. Drug Enforcement Agency recently approved the first federal study to assess the therapeutic benefits of medical marijuana to treat Post Traumatic Stress Disorder (PTSD) among veterans. My hope is that this research will encourage the VA to undertake additional studies in this field.

I recently hosted a roundtable with student veterans from UNLV who told me stories about how they have coped after returning home from Iraq and Afghanistan with injured minds and bodies.

One student described how he lost his sense of self after a VA doctor prescribed a 450-milligram daily dose of opioids to fight his service-related injuries. Others echoed similar stories about how powerful prescription drugs led to intense bouts of loneliness and depression.

Veterans should not have to seek treatment alone, nor should doctors rely solely on powerful painkillers to treat the varied ailments our service members face. We must be creative and innovative and think outside the box about potential treatments.

Our service members make significant sacrifices while in uniform. We owe it to them to continue promoting the safest and most effective care when they come home, whatever form that may be, including medical marijuana.