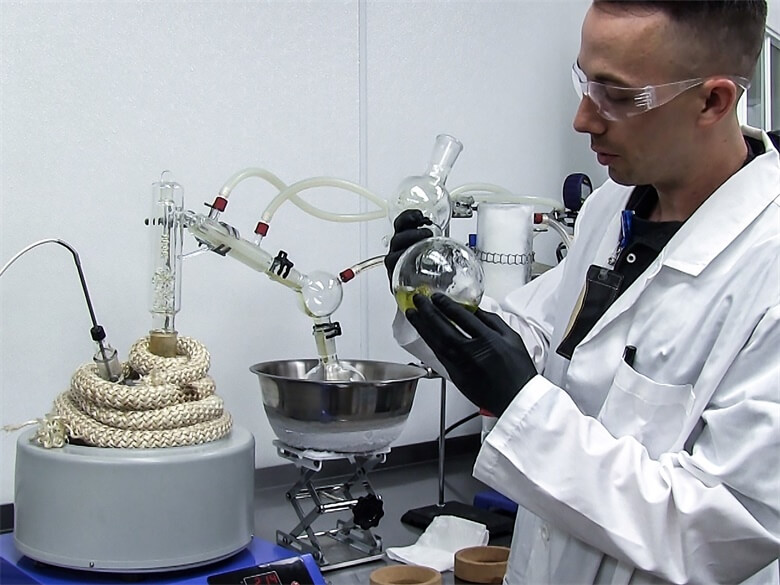 Discovery of delta-8 brings with it host of medicinal benefits

Discovery of delta-8 brings with it host of medicinal benefits

You may have noticed that a new cannabinoid has entered the marketplace. You have probably heard about it or even seen it on the shelf at your dispensary. So, what exactly is delta-8 and is it right for you?

Credible information on the up-and-coming cannabinoid delta-8 is not in abundant supply. With that in mind, we went to extract producer Cody Nelson of Exhale Nevada, who works with cannabis daily, to find out the basics of delta-8.

In a nutshell, you are just converting delta-9 to delta-8, which is a matter of rearranging the double carbon bond using heat and pressure to change the isomerization and relocate that second double bond to the other side of the molecule. It’s almost like a puzzle piece, whenever your body eats any food, for instance vitamin C, there’s a receptor for that, and it just fits into that particular receptor and your body just turns the key. With cannabinoids it’s the same exact thing. Delta-9 enters in and turns the key one way, and delta-8 turns it the other way which is toward an anti-anxiety, more clear-headed high.

This begs the obvious question: during the conversion process from delta-9 to delta-8 are any medicinal qualities lost?

Delta-8 doesn’t degrade. You never lose anything when you convert delta-9 to delta-8, you are just rearranging the molecules. No cannabinoids are lost, they are just converted to new cannabinoids such as CBC.

What are the benefits of CBC or cannabichromene?

It has a giant list of medicinal benefits, CBC is anti-bacterial, anti-fungal, and anti-microbial. It’s also a pain reliever and it increases your neuroprotective pathways. People who have Alzheimer’s don’t have neurogenesis which is the creation of new pathways and CBC reverses Alzheimer’s degeneration of their neuropathways.

Does delta-8 have any anti-depressant properties?

CBC is very interesting because its works synergistically with delta-8. CBC on its own is an anti-depressant so for people who are having a really hard time it helps with depression and add that to the anti-anxiety, those two just make it a clean calm experience.

For those users who don’t like delta-9 because of the paranoia or anxiety it can cause, does delta-8 distillate have a different effect?

Delta-8 is literally the opposite of anxiety, it’s anti-anxiety. If you need a high dosage because you are having a bad day, with delta-8 you should have no fluttery feelings. It will calm you down without being overly psychoactive and allow you to keep a clear head. Plus, it is by far the most versatile product in the marketplace. You can use it topically, you are able to eat it by itself, or you can mix it into edibles. You can vaporize it in a dab rig, you can put it on top of flower, you can vaporize it in cartridges -- it really has any application that you want.