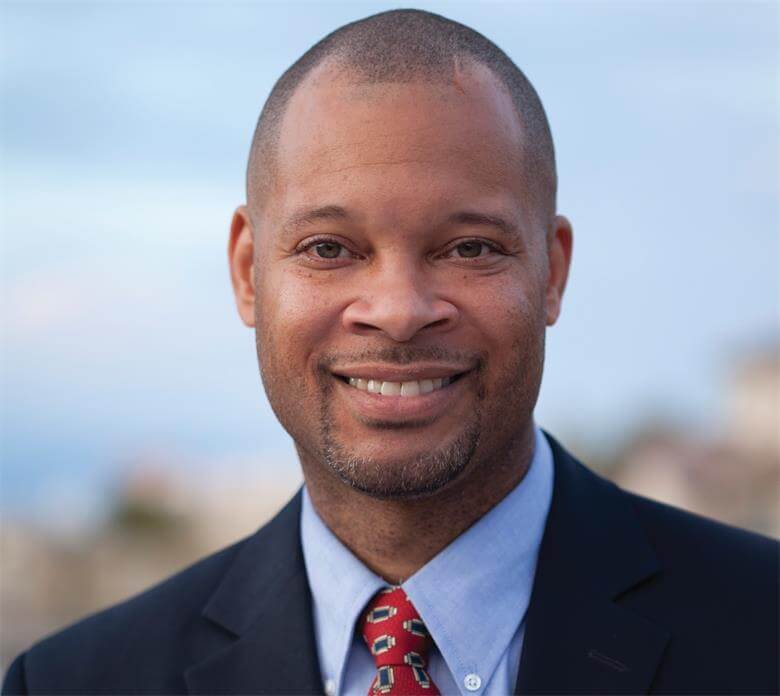 Aaron Ford, who most recently served in the Nevada State Senate and was elected by his colleagues to serve as Majority Leader during the 2017 Legislative Session, is running for Nevada Attorney General. Armed with a master’s from George Washington University and a Ph.D., a second master’s and a law degree from the Ohio State University, Ford is running for the statewide office “to be a champion for Nevadans who are struggling to pay their bills, battling addiction, growing up in unsafe neighborhoods or being taken advantage by unscrupulous scammers,” details Ford. “I’m running for Attorney General to fight for the people who need someone in their corner. There is no criminal too ruthless and no corporation too powerful that I won’t take on if they are hurting Nevada’s families. I will always be an attorney general who puts our families first.”

Why are you running for Attorney General?

I grew up in a tough neighborhood in Dallas, Texas. My father worked at a grocery store, and my mom did every job imaginable to put food on the table. After my parents divorced, my mother made it clear it was up to me to be the man of the house and help her raise my two brothers. I grew up wondering if the gas, the electricity or the water would be turned off. My mom was working so hard, yet we never seemed to be able to get ahead. But she always had dreams for me beyond my neighborhood and emphasized to me the importance of keeping my head in the books. She signed me up for “Project Upward Bound,” which helped me get into college. I received a scholarship to Texas A&M University and ultimately, became the first in my family to graduate from college. I went on to earn a Master’s degree from George Washington University and a Ph.D., a second Master’s and a law degree from the Ohio State University. I worked hard but I was lucky to also have champions in my corner, from my mother to Project Upward Bound.

What are the top 3 issues you believe must be addressed by Nevada’s AG?

As attorney general, I’ll be focused on consumer protection and stopping those who try to take advantage of Nevada consumers and small businesses. That means, I’ll take on the scammers who prey on our seniors and the polluters who poison our water, as well as cybersecurity threats. In addition, I’ll fight to protect the privacy of Nevadans.

I will also make keeping Nevadans safe a priority whether they are at home, at work or out in their communities. I will combat workplace sexual harassment, including ensuring taxpayers won’t foot the bill to defend harassers. I will work to find a solution and begin enforcing the voter-approved background checks on gun sales to prevent criminals and mentally ill from getting guns. I also believe we can make our state safer by being both tough and smart on crime by focusing on going after violent criminals and drug dealers, supporting victims of crime and reducing recidivism. I will make sure our brave law enforcement officers have the tools and resources necessary to go after anyone trying to harm Nevada families.

We must work on improving Nevada’s mental health and substance abuse programs, as well as crack down on prescription drug companies who profit from dangerous addictions. I have visited rehabilitation centers in Las Vegas and in Reno, and not only do these programs help people to transition out of a life of drug addiction, but they also save our taxpayers millions every year. We must find ways to support these programs that help people get back on track. We should also utilize diversion courts, so that those with mental health and addiction issues get the treatment that they need and become productive members of society.

As you are out campaigning, what have you found is the most important issue that Nevadans want to see addressed?

In the last few years, the attorney general’s office in Nevada has become a vehicle to promote partisan politics and advance an extreme, ideological agenda that is far outside the mainstream and puts special interests ahead of our families. Nevadans deserve better from their top law enforcement officer. I will be an attorney general who always puts Nevada families first. Whether that is combating workplace sexual harassment -- including making sure that taxpayers won’t have to foot the bill to defend harassers, improving programs to combat drug addiction and address mental health, keeping our kids safe at school, or taking on scammers, criminals and drug dealers that prey on our communities, my focus will always be on keeping Nevadans safe, strengthening the middle class, and protecting our families. And if the federal government tries to target our state, I will act as the first line of defense to stop them from attacking our citizens and the values we hold dear.

Do you have any specific plans with regards to the cannabis industry as it continues to grow?

Nevada’s voter-approved marijuana industry has already created thousands of new jobs and generated millions in revenue for our state. As attorney general, I would join a bipartisan coalition of attorneys general to support a bill in Congress to allow banks to serve legal marijuana businesses without fear of prosecution. I was disappointed to learn that the current attorney general was the only attorney general from a state that has legalized recreational marijuana to fail to join this coalition. Creating protections for banks that provide financial services to legal marijuana businesses would not only help the industry grow but also reduce a public safety threat.

Since Attorney General Jeff Sessions rescinded the Cole Memo in January there has been a lot of uncertainty throughout the industry. What would you want patients and the cannabis industry to know about your views on Nevadans’ access to cannabis?

Attorney General Jeff Sessions’ decision to rescind a policy that protects our state’s recreational marijuana industry from overzealous federal intrusion could cost Nevada millions of dollars in revenue, kill jobs, and hurt our schools and local economy. This clear example of federal government overreach is nothing more than an attempt to infringe on our state’s sovereignty and is a direct insult to the Nevadans who voted in favor of a regulated marijuana industry. As Nevada attorney general, I will do everything within my power to defend our state’s voter-approved and regulated industry and send a clear message to the federal government that they should stay out of Nevada’s business.

Nevada has had adult-use marijuana since July 1st but no place for tourists to legally use it. Is that a state fix or should each jurisdiction handle their own consumption regulations?

During the 2017 Nevada Legislative Session, Senator Tick Segerblom authored a bill that would address this issue, but that bill did not pass the Assembly. While a state-wide policy would provide uniformity and guidance to local communities, I believe it is unnecessary. I agree with other legal experts that state law allows local municipalities to authorize these types of establishments locally. Ultimately, local communities can define what works best for them regarding these establishments.

Lack of banking has been a thorn in the side of the cannabis industry. Do you have any solutions in mind for the safety challenges that this presents?

Nevadans were severely affected by the 1 October tragedy, what are your thoughts on gun control in Nevada?

I remember watching the news unfold on October 1st and frantically calling friends and family to see if everyone was okay. No city or town in America should have to experience what Las Vegas went through, and I am committed to doing what I can to make sure we never experience it again. I am a strong proponent of background checks to keep guns out of the hands of criminals and the mentally ill. In addition, I worked on a bill that closed a dangerous loophole allowing convicted stalkers to buy guns. Nevada women are often the targets of gun violence by their abusers and stalkers. This bill, which became law in a bipartisan fashion, will help keep guns out of the hands of dangerous people.

In 2016, Nevada voters narrowly approved a ballot measure to require background checks for gun sales between private individuals. More than a year later, the resulting law isn’t being enforced. Will you be able to enforce the law?

What issue you are willing to lose for?

As Senate Majority Leader, I didn’t back down from a fight when it came to protecting Nevadans. I’ve taken on the DC gun lobby, big pharmaceutical companies and other powerful special interests. As attorney general, there will be no criminal too ruthless and no corporation too powerful that I won’t take on if they are hurting Nevada’s families. And if the federal government tries to target our state, I will act as the first line of defense to stop them from attacking our citizens and the values we hold dear.

What one thing should a voter know about you before they step in the voting booth?

My mother used to tell me that actions speak louder than words. I have tried to live that value as a father, husband, public servant and as a Nevadan. My record in the State Senate speaks for itself, and I’m proud of the bipartisan work done to help fund our schools, make our communities safer and help businesses create high quality jobs. But the work is not over. As attorney general, I want to make Nevadans safe, strengthen the middle class and protect families. I’ll take on scammers who rip off our seniors, insurance companies that deny care, polluters who poison our water, and criminals and drug dealers who prey on our communities. I will always be an attorney general who puts our families first.