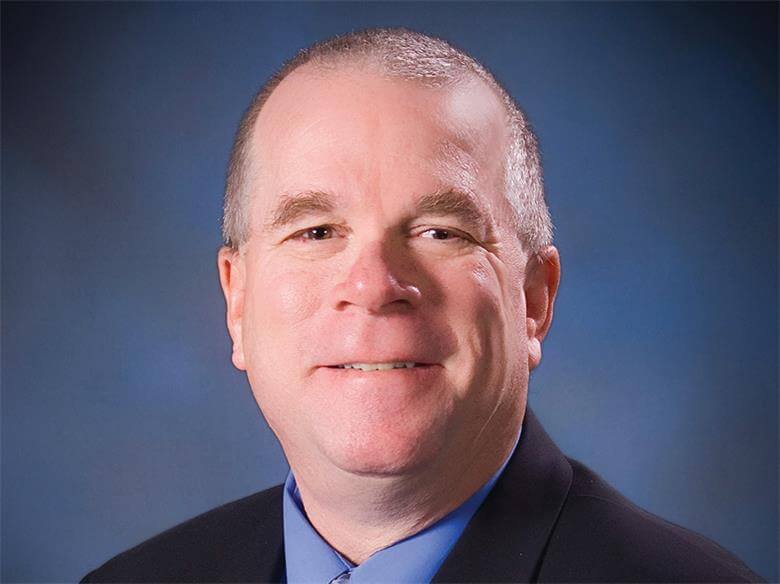 Elevating the Conversation with Bill Anderson, Director of the Department of Taxation

Elevating the Conversation with Bill Anderson, Director of the Department of Taxation

As Director of Nevada’s Department of Taxation, Bill Anderson oversees the collection and distribution of more than $6 billion annually in state and local government revenue from 17 different taxes. The revenue collected by the Department funds all levels of government in Nevada, including school districts, cities, counties, and the state. Prior to being appointed as Director of Nevada’s Dept. of Tax, Anderson was chief economist for the State Department of Employment, Training and Rehabilitation for over a decade. While in that role he administered the bureau’s $3 million budget, provided economic and labor market analyses to both public and private decisionmakers, and supervised the research activities of staff. In his new position Anderson also oversees the state’s Marijuana Enforcement Division.

As the state’s chief economist for more than a decade, did you have any sense that cannabis would come out of the gate as such a strong economic force? I think the majority of folks are surprised at just how robust the industry came out of the gate. I think what surprised some folks is that it happened so quickly. There wasn’t a buildup, although it did strengthen somewhat as the year went on. Right from the get-go we started seeing strong numbers. I was very pleased with how things unfolded, not just from the perspective of industry fundamentals but also with respect to the regulatory situation. I think a lot of folks look at Nevada as the gold standard with respect to regulating the industry. Obviously, we had to deal with some issues now and then but for the most part, not only was it a strong start, it was a smooth start as well.

What kind of factor has cannabis been in Nevada’s job growth since the industry opened its doors in 2015? I think the best way to look at that is to look at our agent cards which all employees are required to obtain before working in the industry. We have issued about 8,500 employee agent cards -- now that doesn’t mean all of those folks are working at any given time. I think what it tells us is that the industry is very likely home to several thousand workers, that’s a pretty nice chunk of jobs.

How big of an economic engine will cannabis become to the state of Nevada in the next five years? I would expect, not so much in the near term, over the long-term that the industry will more or less mature and get to a point of stability. Because we have so many tourists that kind of props up our customer base, and as long as those tourists keep coming here I think it’s going to prop up our numbers. But I would look down the road at more stability rather than breakneck growth. I think in the near term we are going to continue to see the kind of numbers we saw in the first year but long-term we will start reaching some stability or equilibrium.

What we do see is when there are big events that draw a lot of tourists such as the Super Bowl, March Madness, EDC -- those types of events largely driven by tourists, we see the numbers go up and down in response to those events.

There has been so much confusion about the allocation of cannabis’ tax revenues, especially with regard to education. Can you break that down?

Part of the confusion comes from the 10% retail tax which wasn’t part of Question #2, it was an initiative proposed by the Governor. He proposed that those monies go directly to education but during the last Legislative Session when push came to shove, it was agreed that the money from that 10% retail tax be sent to the Rainy Day fund. That’s where all of that money went. But in terms of the 15% wholesale sale tax, part of Question 2, $5 million of it right off the top has to support marijuana enforcement efforts at the local level to county and various localities. We have to pay for our own operating coats which are approximately $3.5 to $4 million dollars a year. And that’s just for the marijuana program and whatever is left over from the fiscal year is transferred over to K-12 education, which turned out to be $27.5 million that went into the Distributive School Account in August.

The Department of Taxation is tasked with making sure Nevada doesn't have an oversupply of cannabis. What is the Dept of Taxation doing to monitor that and keep a balance? We constantly monitor the market, both formally and informally, simply by asking industry representatives what their take on the situation is. We look at information in our database that provides information on sales volume and things of that nature, so we are constantly monitoring it. Other states have had oversupply situations, so we are very much trying to avoid that. In fact, if you look at the current round of license application that we are in the process of accepting, those are only for retail establishments. We chose during this round of licensing to not accept license applications for cultivation and production because we feel right now we have an adequate supply. We are charged with continuously monitoring the industry to make sure that things stay fairly balanced.

The last four months of the fiscal year proved to be the most robust months for marijuana tax revenue, with each month’s total topping $6.5 million. What do you attribute that robustness to? We did come out of the gates strong, but still we did some strengthening as the year went on. Go back to those special events that I mentioned earlier – in the last four months of the fiscal year you had March Madness, EDC, and other special events. Those are fairly strong visitation months, there are a number of factors that contributed to the strength at year end.

Nevada’s levy on alcohol yielded about $49 million in each of the last two fiscal years. After its first year, Nevada’s cannabis industry, which took in nearly $70 million in tax revenue, is already a bigger revenue generator than alcohol. Were you surprised cannabis’ tax take surpassed alcohol’s? No, not really. I think you have to be careful in comparing the two taxes because they are structurally different. When you go back to the original estimate of about $50 million between the wholesale and retail tax that was still stronger than the estimate for alcohol. The fact that our marijuana taxes came in significantly higher than anticipated, that kind of widens difference between the two. I wouldn’t read into anything into that from a policy perspective, the two taxes themselves are structurally different.

Nevada collected $69.8 million in tax revenue during the first year of legal adult-use sales. You are forecasting $69.4 million for fiscal year 2019. I am surprised that it would be lower especially with more dispensary licenses being awarded. Are you being conservative in your forecasting? Those forecasts for two fiscal years were developed jointly during the last Legislative Session, so we don’t update those formally. Where you will see new forecasts that reflect activity to date is when revenue estimates are updated and a budget proposal is put together for the upcoming biennium. We are in the process of doing that right now. Two-year forecasts are generated for each year of the biennium during the legislative process and then we just revisit that two years later.

I like to tell people that Nevada knows how to regulate a vice. What do you attribute the state’s success regulating cannabis? As a state we do have a lot of experience regulating so called vices so that certainly helps. But, perhaps, most importantly we had a pretty solid regulatory program for medical marijuana that preceded adult-use marijuana. So, we were able to build upon those regulations and that helped as we put together the regulatory framework for adult-use marijuana. The Division of Public and Behavioral Health provided that strong foundation that we built upon rather than having to start from scratch. We had a pretty solid mechanism in place from the start and we were able to build upon that, it’s also important to give credit to our employees here at the Department. They are very passionate about their work, and they are out there every day making sure that establishments understand and comply with regulations. They are kind of the bridge between regulatory requirements and business and I think they deserve a lot of that credit.

What’s the most surprising thing you have learned about cannabis since you started in your DOT role last February? Because the industry is so new, we are learning something new every day, as is the industry as a whole. I already kind of alluded to one of the big surprises for me and that is the extent to which the industry is impacted by special events. Just like sales and use taxes not on marijuana, but our regular sales and use tax is impacted by the holiday shopping season or back-to-school shopping. The marijuana industry has its own set of special events that impact the industry on a day-to-day basis.