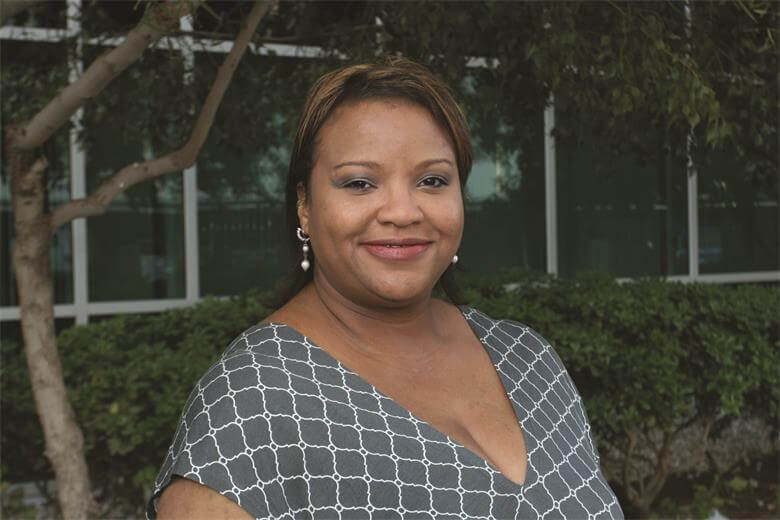 Since she started recommending cannabis in 2012, Dr. Carmen Jones has been surprised by how it has helped so many people with such a variety of maladies. “I have patients who, many through tears, thank me on a regular basis, for doing “this work.” Every week, without fail, someone says, ‘My life has been changed,’” explains Dr. Jones. Not only does Dr. Jones see patients at a medical marijuana clinic, but she was also appointed to the role of patient advocate for Clark County Commission’s Green Ribbon Panel, which examines various issues related to recreational marijuana.

In what capacity did you first get involved with cannabis?

After familiarizing myself about the State of Nevada’s medical marijuana registry program, I began seeing patients in 2012 for their MMJ patient card certification. I soon began to learn more about the industry, type of patients who were coming in, and their medical conditions. Like many others, I had preconceived notions about the type of patients who would try to obtain a card. I was determined to be diligent and critical of them, scrutinize them according to the regulations set forth. I quickly learned that my biases were often unfounded.

How did you educate yourself about cannabis?

Currently, the medical community has relied on studies that are more than 20 years old. Since there were little to no recent “evidence based” studies available, the majority of the information was found on pro cannabis websites and YouTube. As time passed, my education came from anecdotal evidence learned directly from the patients who returned with reports of their experiences. I continue to learn new things every day.

Do you recommend cannabis to your patients?

My training is in pediatrics, so no. When I see patients at the medical marijuana clinic, they are almost always there with a qualifying diagnosis, so this question does not apply to my regular practice. However, more and more physicians are recommending this treatment option to their patients, especially those in pain and especially in light of the opioid crisis confronting our nation. Subsequently, those physicians who are uncomfortable signing the patient’s recommendation form, will refer them to me.

Do you think patients are feeling more comfortable speaking to their doctors about using cannabis?

Yes, to a degree. Because of their newly found success with medicinal cannabis, patients are feeling better. This has given them the confidence to have the conversation with their doctors about this alternative treatment. I always encourage them to participate in their own treatment choices. The most common complaint I hear is, “Doctors only want to give me pills.” I remind them that they have a right to participate in their own care. If they don’t want to take pills, then discuss other treatment options with their doctors. Often, with Western medicine, we have limited treatment options, i.e., medication, surgery, physical therapy. We also have little knowledge about alternative treatments. However, there are many other types of treatment modalities that patients prefer -- Chiropractic, acupuncture, holistic treatments, to name a few, none of which is acceptable, “evidence-based medicine” practiced in this part of the world. Still some physicians and institutions simply refuse to even have the discussion about alternative therapies, let alone marijuana. Patients either change doctors or don’t bring it up at all.

What’s one of the biggest misunderstandings about cannabis?

It is probably that only a certain type of person uses it. We all have implicit biases but as it pertains to cannabis the propaganda around depicting the user as a stoner, pothead, or other stereotype that is frowned upon in our society is far from the average patient that I see. I rarely see those “stereotypical” people. Essentially, there is no “type.” I have seen everyone from clergy to police officers. In fact, the average age of the medicinal cannabis patient is around 60 years old, which make sense; they are the ones with aging medical problems.

Do you think cannabis will eventually be taken as a preventative medicine?

I believe it is already being used preventatively. This is especially true for medicinal users. Those patients with seizure disorders, migraine, autoimmune disorders, and chronic pain use it daily and preventatively with very good results. To be clear, in no way do I condone or advise stopping or changing the use of their prescribed medicine for these and other conditions, however, patients with these types of conditions seem to have the best results. This is another reason I encourage all of them to have a conversation with their doctors. While most doctors have little to no experience with medicinal cannabis, we can all learn together.

What are the downsides of using cannabis?

One is the inappropriate use/strain/method leading to intoxication, especially on the job, and perhaps behind the wheel. Only time will tell how our new laws have impacted public safety, as compared to alcohol, or even prescribed opiates.

For people under 21 years old there remains concern over usage. “Short term effects of marijuana include decreased concentration, impaired motor control, delayed reaction time and altered judgement -- all of which are inherently problematic in childhood and adolescence.” (Schweinsburg et al Psychiatry Res. 2008)

“Many questions still exist surrounding the long-term effects of marijuana on the developing prefrontal cortex, but evidence suggests that there are higher rates of psychosis in young patients predisposed to develop schizophrenia who smoke marijuana.” (Moore et al Lancet 2007)

For these reasons, the American Academy of Pediatrics (AAP) currently opposes the use of marijuana in patients up to 21 years of age. Yet, the AAP also strongly supports research on cannabinoids and “acknowledges that MM may be an option for children with life-limiting or severely debilitating conditions and for whom current therapies are inadequate.” (Ammerman et al Pediatrics 2015)

What would you tell a physician who is hesitant to get involved with cannabis?

Simply that they should begin to educate themselves. Their patients are educating themselves and, as physicians, we need to catch up and not be afraid to discuss medicinal cannabis as a treatment option, especially since our state is one that allows this as a treatment option for its patients. To be clear, the DEA has determined that cannabis has no medicinal value with high potential for abuse, therefore it remains a Schedule 1 drug, along with heroin and LSD. This scares most physicians, as we hold State and DEA licenses to practice medicine. But, in a state like Nevada that has both a medical and recreational marijuana program, it is worth noting that no physician is “prescribing” cannabis. In simple terms, the state asks for our medical opinion, that is, does the patient requesting the medical marijuana card, have an approved condition, that would allow them to use cannabis for medicinal purposes. The form that the physicians, nurse practitioners, and physician assistants must complete states that they “recommend” this patient for the program. The state has the final word on approval. Lastly, physicians should review the Nevada statutes regarding the program, namely, NRS: Chapter 435A.

As a member of Clark County Commission’s Green Ribbon Panel, how have you been able to advocate for patients?

I believe I was able to provide additional context for the panel, especially as it pertains to how the medical patient may be affected with the rollout of recreational cannabis. Because of those efforts, the medical patient has several benefits afforded them that the recreational client does not, namely, more potent products, less cost, and the ability to possess a larger quantity. These benefits can make a real difference to cancer, multiple sclerosis, Parkinson’s disease, and chronic pain patients.

What’s the more important role to you: physician or advocate?

Physician, of course. As a physician, I am allowed to advocate for patients with a different, perhaps more respected voice, than without that position. I do not take that for granted. I am extremely grateful for my role as a physician in this state and in this country. For nearly 27 years, I have been able to diagnose, treat, and advocate for my patients. It is a privilege and an honor I hold dear.

What are some emerging trends you foresee for cannabis?

CBD products and its gaining acceptance by the public seems to be the current trend. However, found in the plant are around 80 known cannabinoids often working synergistically to provide some form of medical relief. I believe that as we learn and isolate more chemical components of this plant, the trend to consume it will continue. Terpenes, the “essential oils” of the cannabis plant, have recently been discovered by the public as having medicinal value, so that is the newest trend I have seen. All of these and whatever others will be discovered should be studied. So, with approximately 68 percent of the country allowing some form of medicinal use, and another 20 percent of the country allowing for recreational use, perhaps the ability to do comprehensive research is on the horizon, despite who maintains power in Washington, D.C.