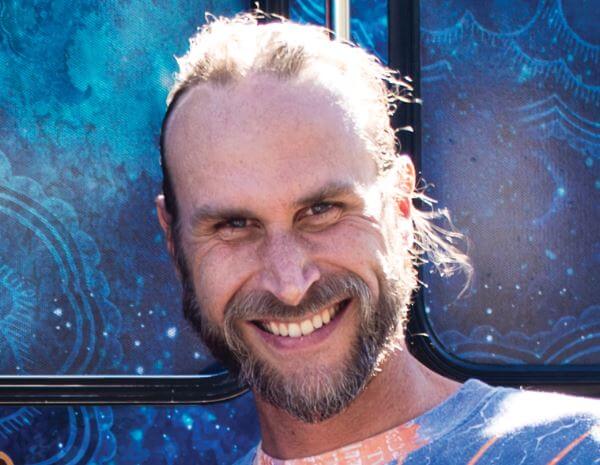 Elevating the Conversation with David Bronner

Elevating the Conversation with David Bronner

As Cosmic Engagement Officer (CEO) of Dr. Bronner’s, David Bronner has built a reputation for running his family’s natural soap company as an engine for positive environmental and social change—fighting for regenerative organic agriculture, fair trade and fair pay, criminal justice reform, and responsible integration of cannabis and psychedelic medicines. Grandson of visionary founder Dr. Emanuel Bronner, the fifth generation soapmaker carries on his grandfather’s “All-One!” mission to heal and unite a divided world. For more than 20 years, he has fought for hemp and cannabis legalization, directing over $5 million towards ending state and federal prohibition since 2001.

Tell us about your latest venture, Brother David’s.

Brother David’s is a social venture dedicated to sourcing expertly cultivated and cured sun-grown cannabis products grown under the high-bar ethical and ecological standard, Sun+Earth Certification, which aims to empower family farmers who are dedicated to fair labor practices and protecting the environment through regenerative organic agriculture.

What makes Brother David’s different from other

Brother David’s provides an alternative to the chemical and fossil-fuel intensive industrial ag model being adopted by many corporations in the cannabis industry. As society moves closer and closer toward the federal legalization of cannabis, we need to chart a new course before it’s too late. We need to promote Sun+Earth and other high bar standards—because it’s best for the Earth in this age of climate crisis—and produce the cleanest, greenest and most ethical cannabis possible.

With regard to your fair-trade certification, is it accurate to say you are just transferring that model over to cannabis cultivation?

Brother David’s very much reflects the ethos that we have at Bronner’s which is going to market in partnership with the small family farmers that grow and produce the fruits and nuts for our raw materials. The story around the world is that corporate agriculture comes in with ecologically destructive huge plantations and they farm in a way that’s socially destructive, they displace small family farming community and buyers. It’s like a race to the bottom around the world. So, partnering directly with small family farmers for our major raw materials has been a big goal of the company. We’ve successfully done that in Sri Lanka for coconuts, in Ghana for palm, and Palestine and Israel for olive oil.

The big corporate farms like efficiency in the bottom line. Have you been able to prove that your model is financially sustainable along the supply chain?

Absolutely there is a price premium but it’s not as much as you would think, it’s relatively small to enable these small family farmers to stay on their land, tend their land in a much more regenerative way that really respects the Earth without chemicals, without pesticides, without synthetic fertilizers. Also being able to pay their workers well and have vibrant rural economies that otherwise are just destroyed when you pay 10 percent less for the whatever. That’s what’s ruining the farming communities around the world and forcing flight into the urban centers and slums.

What are the barriers to entry for Sun+Earth certification as far as technical knowledge?

Farmer training is a big part of what we want to do. We beleive in regeneration training and just teaching farmers how to farm in a regenerative way such as smart companion plantings, crop rotations and planning for pollinators and predator insects.

Are you planning to produce other products in your line besides flower?

Eventually, we’ll diversify. We’re going to be introducing chocolate. We’re intercropping with palm, cocoa, banana and cassava. This is kind of a new revolutionary approach to tree crops. If you look at a wild ecosystem, you have different canopy heights and plant them in a smart way, accounting for how they fill in when they mature. By doing it this way, you minimize pressure and double your yields compared to monoculture blocks in the same area.

What are you most passionate about?

My two real passions are integration of cannabis and psychedelic medicine as fast as possible and regenerating agriculture. Right now, one third of the Earth’s surface is under total mismanagement. We’re destroying the soil, destroying the wildlife, the ecosystems are in collapse—we need to farm in nature’s image.

To read the entire interview with David Bronner,