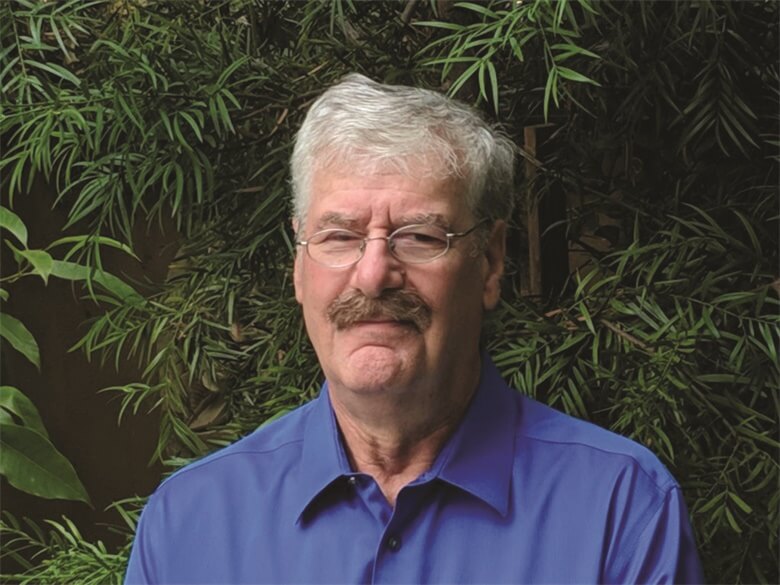 With over 40 years of experience in the biotechnology industry, Dr. John S. Abrams brings his expertise to the cannabis arena, specializing in Metrology and Chemotyping. Dr. Abrams invented a patent pending, icon-based system that communicates natural product content complexity simply and easily to consumers as well as spearheaded The Dosing Project, a web-based observational clinical study platform.

What about cannabis attracted you to its study?

I’m 67, and I’ve been a fan of cannabis since I was about 16. It’s been a lifelong affinity. As a scientist you want to explore and understand what attracts you. For my “last turn at the wheel,” I get to pursue and do what I want with my interest and passion. I turned to cannabis science for this opportunity.

Are we moving toward identifying cannabis through terpenes? That’s very much the question and what I believe is being answered in our work. Folks have become mightily interested in the different groupings, the different effects, how to make choices, how to guide decisions, whether it’s recreational or medical. It’s pretty clear that there are differences between the phytocannabinoids whether it’s THC, CBG, CBGA, THCV, etc. Then kind of overlaid on top of that is terpene differences. Varying terpene profiles potentially giving different effects may help to explain the perceived differences between “sativa” and “indica” effects.

Will we move away from labeling cannabis as sativa and indica?

That would be my desire and goal. It’s quite complex, it’s much easier for folks to dichotomize with a word or two. There’s a whole underlying set of rules, a whole underlying grammar, but what we need is a symbology. We have come up with this chemotype fingerprinting icon strategy and we think it’s very accessible for consumers to be able to identify different chemotypes with it—rather than stringing a whole bunch of words together that describe a set of terpenes. Wouldn’t it be better if we could just look at an icon symbol? And that’s what we have done.

How so? We have created what we think is the grammar or a good part of the grammar of what these differences are, namely these terpene differences that we can find patterns with. Then we go on to create symbology. Grammar describes a language but icons or characters or alphabet is used to express that language. So, if we could put a symbol on a package that reflects that grouping then it’s very easy for consumers to grasp.

In our work we are using icon shapes for the cannabinoid ratios. There are three important ratio types: high THC, high CBD, and a roughly 1:1 equivalent. So, we have come up with a simple symbology of open, filled, or half-filled circles to represent them. That’s the symbology for the cannabinoid ratios, and for the terpenes we overlay colors. We have a whole color mapping strategy that is algorithmically driven based on the underlying terpene content and patterns in the terpenes. The symbols get a color based on the terpene pattern so that’s how the symbology works.

Have all the terpenes been identified? That question is incredibly timely for what I am doing right now. I think folks chose what terpenes to analyze because the herd was doing it and not because of anything deliberate or systematic. I think we may have missed whole classes. It looks to me like there is a hole; and I would like to rule in or out the existence of this potentially missing piece.

Do we have a good handle on each terpene’s healing properties?

Terpenes are not unique to cannabis. They are across most terrestrial plants whereas cannabinoids are unique to cannabis. There is a lot of knowledge, literature, historical interest in terpenes—it goes back to a lot of botanical medicine. It’s a very deep knowledge base if you tap into it. My pet peeve with cannabis scientists in general is they don’t read the literature and they don’t do deep dives into other areas. I think the information is there, it just has to be collated and associated better with what is happening in the cannabis plant.

What discoveries are you hoping to make from The Dosing Project? The goal was to try and figure out what are effective doses for cannabis as medicine by taking an observational approach. My illustrious colleague and the founder of MediCann Dr. Jean Talleyrand has a clinical approach and style where he listens and seeks to have the patient tell the clinician what to do. The patient has that information if you just listen—it’s the inverse of a lot of medical practice. We ask people what they are actually using and correlate it in a statistically meaningful manner. We wanted to establish some valid guidelines for what people are using for pain and disordered sleep in terms of smoked or vaped cannabis flower. We came up with an approximate dose of 1mpk (one milligram THC per kilogram body weight) for what most people seem to be using for an effective dose for pain and a little bit higher for sleep. We think this is paradigm-breaking, in terms of how to do clinical investigations.

In your opinion, what’s been the biggest discovery so far with regard to cannabis? I have to give my hat off to GW Pharma for taking its cannabis-based product Epidiolex through the FDA IND (investigational new drug) pathway. We grit our teeth about that a lot because it creates a lot of issues for all of us working in the field, but it really is a major milestone in clinical development. I have to credit them with doing that. We may take alternative pathways now, but it is a benchmark provided to us. And now with the Farm Bill opening up hemp there is going to be a lot of tugging, pushing and pulling with all of this.

Also, Dr. Jean Talleyrand makes the point that likely only 10 to 20% of the population can tolerate THC. A lot of people just don’t like the side effects. The fact that CBD does not have that same effect profile and may offer really significant benefit is again a major breakthrough because we can get a lot more folks onto this type of medicine that would normally eschew it because of the side effect profile. That I think is also a major discovery. So, when you tie that together with GW’s pathbreaking IND development in the CBD area, I think the future bodes very well for this.

What do you see in your crystal ball for the future? One of the most exciting things I have recently learned is about the genetics of the placebo response, which is being worked on by researchers at Harvard University. They are making great progress. If you take our observational study paradigm and you overlay it with genetic analysis of the respondents particularly when looking at the placebo response gene, I think you will make some real breakthroughs in how to approach clinical investigations in the future.