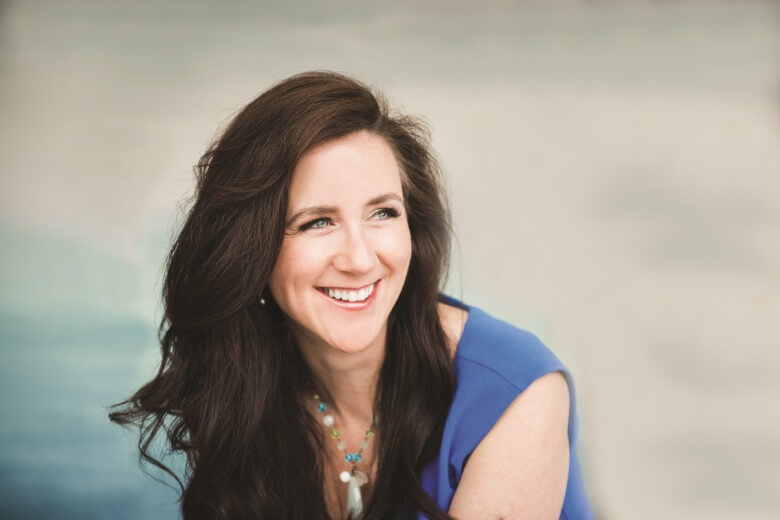 Elevating the Conversation with Maureen McNamara

Elevating the Conversation with Maureen McNamara

Maureen McNamara founded Cannabis Trainers in 2014 to provide professional training services for the burgeoning cannabis industry. Her compliance solutions have proved so sought after she will be featured at this month’s MJBizCon in New Orleans and is currently customizing training for the Canadian market which will transition to recreational sales later this year.

How did you become involved in the cannabis industry?

In 2013 I was teaching a food safety class, something I have been doing since the late ‘90s, and as I was getting a gauge of who was in the room, this one woman was being a little shy with her answer of where she worked. She finally said she didn’t work at a restaurant and whispered that she made pot brownies. It was a lightbulb moment for me of being delighted that somebody in the cannabis industry was committed to their professional development and taking a food safety certification class to make sure the products they were making would be good and wholesome. That was the spark and where the idea came from to start Cannabis Trainers in 2014.

At the time, did you think cannabis training would have enough viability to build a business around?

I had been working for myself since 1998, I left the corporate world and have been self-employed since then. Training has been my focus for decades and I realized in that interaction in late 2013 that my decades of experience could be a contribution to this industry. So, within a couple of months I started talking to people to see if there was a need and I found that there was and that I had a talent capacity to contribute and so I created another company. In 2014 I sat in on the work groups that helped design the training requirements in Colorado. I worked with the Marijuana Enforcement Division of Colorado, similarly I had worked with the Liquor Enforcement Division to help develop the guidelines or training of what’s known as being a responsible vendor. Our program was the very first state enforcement division and state health department-approved program in Colorado and by default the U.S. and the world. Our clients are thrilled with us and we are very happy to be expanding into other states as we did to Nevada last year.

Since each state/jurisdiction has its own fiefdom of regulations how hard does that make your job?

When we customize our course to each state’s local rules, I would say about half of our content is translatable nationwide. Checking an ID is the same on the West Coast as the East Coast. Yet, which IDs are acceptable varies from state to state. Working with service excellence is coast to coast. Limits on sales vary state by state. We spend a chunk of time reviewing the regulations, talking to locals, and ensuring that our content is accurate and up to date. We are super attentive to even our language choices. For instance, I would never refer to anybody working in Nevada as a budtender, it’s an agent; so, we endeavor to always use what’s most relatable and current.

If the federal government lifted prohibition, what kind of effect would that have on Cannabis Trainers? When that occurs, it will absolutely expand the states that would be in need and desirous of professional development and training. Yet, I don’t think it would create any more ease because what I know for sure is that although alcohol is federally legal, every state has its own rules. Ending federal prohibition would create an even more expansive need for our services, yet our workload would be customizing and making sure everyone is following all the local rules. Even in Canada, with prohibition ending there later this summer, local provinces, cities and municipalities are creating rules within the federal system.

With cannabis being an illegal industry, what has been the biggest challenge for Cannabis Trainers? Aside from some blips with banking...I am not seeing challenges because it’s illegal. There’s just challenges in growing a business but not because of its illegality. The illegality is a contribution to us because when people are savvy and committed to excellence they know they are under extra scrutiny and need to go above and beyond and we are a contribution to those license holders, especially to people who understand there is no room for dropping the ball and thus they are going to put even more attention and resources to making sure their team is set up to be extraordinary.

What has been the hardest part about having a hand in legitimizing the cannabis industry?

I don’t know that it’s been hard, but it has been very rewarding. When we teach classes and owners and compliance directors tell us that they have learned something I am so grateful. We have created this program called Sell-SMaRT because we are under the spotlight and we have an obligation, especially for all the wrongs that have been done in the preceding decade to get this right. We are under the spotlight too, there are people waiting in the wings for things to go awry and blow the whistle. We never ever want to give anyone fuel for their fight or fire on that.

Is setting the standards for the cannabis industry different from other industries?

With marijuana becoming legal in Canada this summer, what kind of impact will that have on the U.S. cannabis industry? My hunch is with the ending of prohibition in Canada, the ease with which they can do more research will spur a competitive edge for us. The fact that Canada can send cannabis to other places in the world and that currently cannot occur for the U.S., I am hopeful that with the completion of prohibition in Canada our leaders will step up more quickly to make changes here as well.

Since you have been involved in the industry, what has been the most surprising thing you have discovered about cannabis? When I became a part of the cannabis industry I did not know a fraction of what I know now. One of the most surprising things is that our bodies are designed to receive the hundreds of cannabinoids prominent in the cannabis plant. That we have an endocannabinoid system and that our body is designed to work in sync with this plant. I have also been shocked, surprised and delighted by the extraordinary medical benefits. That was just not on my radar. I have the honor of going to medical conferences designed for medical professionals and listen to doctors from all over the world talk about the extraordinary results they are seeing with cannabis medicine.

How has Cannabis Trainers shifted the paradigm in the cannabis sector?

Cannabis, overall, is in the midst of a shifting of perspective and stigma and old paradigm. The first year I was teaching, almost every single class would want to know if I was one of them and to know if I indulged. The question always delighted me. It was funny to have them asking if the lady up front in the dress talking about compliance was a consumer as well. One of the things I would like to believe is that Cannabis Trainers has helped shift the paradigm in the sector eradicating outdated perspectives and helping people step into a new level of acceptance and excellence. The plant is a contribution to people across the board.

What do you see as the biggest challenge facing the cannabis industry right now?

It’s to get it right. There is too much riding on us, and the spotlight of how we are doing what we are doing is intense. There is little to no room for error and carelessness. In few other industries can a frontline employee dismantle an entire business with a mistake and, by that, I mean if there is a compliance issue or if an ID isn’t checked properly. With a minor permitted entry or, god forbid, sold to, that could cause a license to be revoked or suspended. The ripple effect of that not only for that business and all the employees that work there, but as a black eye on the industry is something that must be avoided. The biggest challenges are to make sure that we are committed to playing by the rules and having a voice at the table while the rules are created.

Where do you see the cannabis industry in 10 years?

Fabulously accepted, welcomed, honored, and the people who in any way were in favor of the drug war have changed their perspective. I absolutely think it will be federally legal before that. I see it as a flourishing business that is contributing to people’s wellness, health and joy. We will be having a conversation that will go ‘do you remember in 2010?’...there will be a lot of smiling, celebrating about what has been achieved in the last decade, and how far the country has come and shifted.