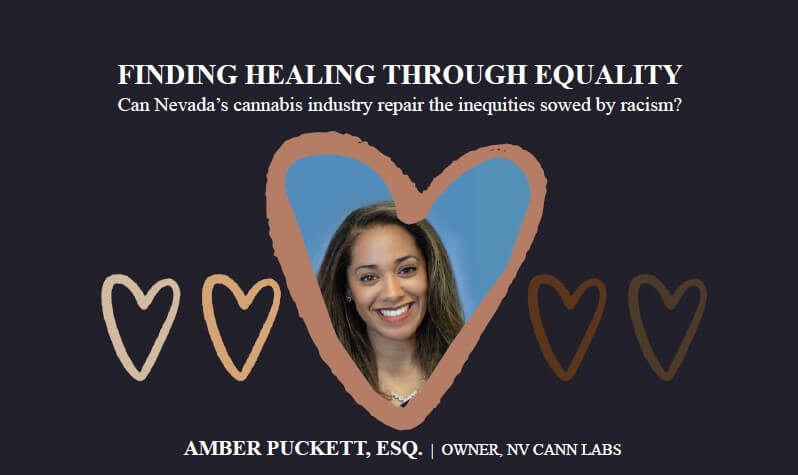 How did you get involved in the cannabis industry?

We were solicited by a group in Arizona who was looking for funding. We’re from the Midwest, so cannabis wasn’t even on the radar. I flew out, did some research and due diligence over the course of a couple weeks, and put together a business plan. I had determined the industry was a great opportunity but not the Arizona market because it was already so saturated. Everything had been legal there for a while, so we were years late to the party. All the good licenses had already been won through their lottery. The ROI [return on investment] was very promising.

Around the same time we came to that conclusion, another group reached out from Las Vegas looking for financing and partners. Nevada had recently begun awarding provisional licenses, so we were right on time. The group that had reached out to us already had three provisional licenses, two for cultivation and one for production. We’d have an equal opportunity for success as everyone else.

My partners and I did some due diligence, put together a business plan and we determined this was a really great opportunity. The group who wanted to partner with us was hands-on and had local, established relationships. However, we ran into a hurdle about where the licensed entities would operate. The group had already determined where operations would be, as required by the license applications, but the places they had already purchased were not going to be well suited. Specifically, the facilities were small, which would limit our operations and in turn, our output and ROI. After some continued discussions, the group allowed us to try to relocate the operations.

Again, by sheer luck, someone else approached us, also in Las Vegas. She and her two partners owned a lab license. Long story short, we ended up buying out two partners.

You also have an affinity for science, which makes cannabis an attractive proposition for you. Yes, I have a degree in biology. I’m very comfortable with science; I love it! In fact, when I am not doing anything cannabis related, I have a career in patent law. Although I’m an attorney, I still maintain a career surrounded by science and scientists.

You are a rarity in the industry. A 2017 survey found less than a fifth of the people involved at an ownership or stakeholder level in the cannabis industry were people of color, making up only 4.3 percent.

Aside from the lack of diversity on the ownership side, the rest of the industry is pretty diverse. In terms of other stakeholders, like employees and customers, this is probably the most diverse industry I’ve been involved in. Even the ancillary businesses are diverse and wide ranging.

From a business standpoint, what have you had to do to overcome barriers posed by racism in the cannabis industry?

I have not dealt with any racism, at least not overt racism, in the cannabis industry. That’s just my experience; I don’t live in Nevada [Puckett lives in Chicago], so I am not trying to discredit anybody who has experienced racism there. My experience in Nevada is much more limited than that of a resident. I will say social relationships posed barriers for us at first. Nevada definitely has a small-town feel: the big players all know each, they have relationships, they are friends, they run in the same circles. My partners and I all live in Chicago and Chicagoland. It was obvious to us that if we wanted any kind of success, we had to have some skin in the game, quite literally. For a long time, I felt like I was Vegas’ newest resident because I was here all the time, trying to create a presence and establish connections and relationships. Thankfully, it all worked out; I have some genuine friendships with people here. I love the Nevada industry.

Is racism as prevalent in the cannabis industry as other industries you have worked in?

I would say compared to what I’ve experienced in my legal career, or even my scientific career, racism is not as problematic. As an attorney, I’ve walked into meetings with other attorneys and some people have automatically assumed I’m a paralegal or someone’s assistant. I remember one time in law school, an authority figured told me I would do well not because of my credibility and grades but because of my more European-like features. I have not experienced anything like that in cannabis. Again, I am not discrediting anybody else’s experience. By virtue of the history of cannabis and its culture, cannabis doesn’t fall very neatly in line with traditional, corporate America, so I would like to think many of the issues of that environment, hopefully, won’t be as problematic in the cannabis industry.

What are the barriers to entry for people of color in the legal cannabis industry?

I do think cannabis has barriers to entry, and while those may not be due to overt racism, I do believe some of the barriers do stem from systemic racism. For instance, in Nevada and probably in all states with programs, the application fees are high and those fees are just to apply. Application fees do not guarantee you that you’ll get a license. If you do get a license, traditional sources of funding are unavailable. Even if federal laws weren’t an issue and you could get traditional funding, loans are many times less accessible to minorities and disenfranchised communities. Add on top of that that these operations require so much liquidity, and you’ve already narrowed down your pool of applicants. Plus, there are stringent background checks and social elements that come into play. All this to say, there are other barriers to entry, and some of those barriers may be embedded with systemic racism issues, especially in a historical context. But I don’t think right now overt racism is too much of an issue, in my experience.

In June Gov. Sisolak unconditionally pardoned more than 15,000 people with misdemeanor marijuana possession convictions. What else needs to be done in Nevada’s cannabis industry? I almost feel like this is an unfair question because our equity program that Pritzker [Governor of Illinois] put in place is just unheard of. So, in terms of other states, Nevada being included, I think that’s awesome to expunge records but when I listen to different news stories, there is still so much more to do or that is owed to those people. For instance, those people, because of that time they spent in jail, many of them may lack the resources, the know-how or the education to take advantage of the opportunities that other people have. I think it’s really important to put in place pathways for community integration and success to improve yourself whether it’s getting a job or just even housing. Otherwise criminals or people who come from that environment end up just falling back, sometimes, in the same circles because they don’t have the opportunities that we have. In Illinois, they have not only expunged records, but they have put in place, legislatively, pathways so people can be involved in this industry. With regards to the cannabis industry, marginalized communities are invited and able to be involved in the cannabis community, so they have resources and revenue that’s not reliant on criminal or illegal activity. I think Illinois did an amazing job of, at least, addressing many of the pieces of the puzzle. I can’t promise it’s been perfectly implemented, but it’s a good starting point. We can only improve.

I think a lot of that comes with opening up the door and inviting these other groups, like women and minorities, to be involved. If we are requiring the liquidity up front, why not create financial options for those groups who don’t have it all themselves—whether it’s joint ventures, special lending, vesting equity opportunities, etc. For example, I believe Illinois has created tax benefits and other incentivized programs for businesses to pair with minorities and minority companies to help facilitate diversity.

I would love to see community-hire opportunities, where businesses train and hire people in the community to create more opportunities there. So much of inclusion problems can be addressed by allowing people to be involved and removing some of these barriers to entry so everyone has a seat at the table. The industry really does require deep pockets, so there is no getting around that, due to the expensive operations and lack of banking institutions, unless the federal government allows banking. That would be great, but something has got to give.