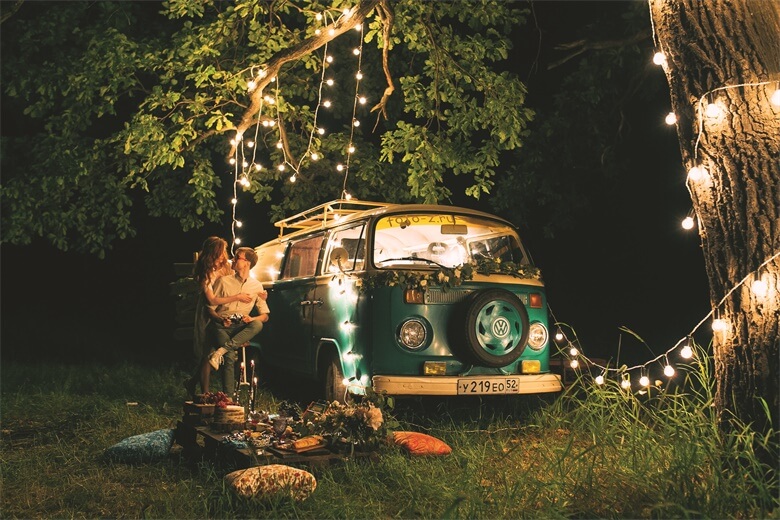 If you are going to San Francisco, be sure to wear some flowers in your hair (and put some in your food, too!)

If you are going to San Francisco, be sure to wear some flowers in your hair (and put some in your food, too!)

She wore floral printed skirts paired with linen peasant blouses. Her binders and notebooks were decorated with flower power stickers, a smattering of hand-drawn ones among them. She grew a wide variety of flowers then arranged them into bouquets which she sold at the local farmers market. The rogue petals that fell, she pressed into works of art. Her long, amber-colored hair was regularly adorned with either a single blossom tucked behind her ear or a daisy chain crowning her head.

Evelyn absent-mindedly hummed the song “San Francisco” by the Mamas and the Papas while finishing the picnic lunch she was preparing for herself and her new boyfriend. After recently finding out her three-year marriage was an “open marriage,” Evelyn went right out to procure a supplement to her husband. This was a less than subtle retaliatory reaction to the information told to her by her husband’s current girlfriend.

Evidently, Evelyn and Mateo had been enjoying this “open” status for over a year. She learned of the details during a rehearsal where she worked part-time as a props assistant. The girlfriend was an extra in the show and had caught Evelyn backstage. She gushed at how cool she thought Mateo and Evelyn were. How they were so emotionally progressive to allow intimate relations with others. Mateo, a full-time stagehand, working different hours than his wife, had failed to inform her of the changes in their marital dynamics. Holding her head high while maintaining her poker face, Evelyn didn’t let on this was news to her.

A full-time student, Evelyn managed two majors: art history and theology. The props job was just something to generate additional money for the supplies needed for her flowers and Mateo’s weed as he was an avid cannabis cultivator. Though initially shocked by the information, Evelyn couldn’t say she was surprised. Mateo was a tall, good-looking man with a sense of humor that seemed to draw women like bees to flowers. His sky-blue eyes cinching the deal.

Evelyn’s supplemental boyfriend happened to be the spouse of one of the lighting techs for the same show. Another open marriage. But at least his wife knew it. Kevin couldn’t have been more different from Mateo or Evelyn, for that matter. An astrophysicist who worked at NASA’s Ames Research Center and an atheist, he was socially awkward and rarely smoked weed. However, his interest in cannabis was growing since becoming involved with Evelyn. Especially when she gave him a few hits prior to their love-making. He liked the way cannabis seemed to enhance his concupiscent urges. The relationship seemed to work in spite of their contradictive approaches to life. Evelyn looked upon Kevin as a metronome, her rock—even-keeled in nature, a logical thinker—just what she needed.

Kevin was not only smitten with Evelyn’s figure and attractive features; he was also curious about her. She was unlike any woman he’d ever met; if he could call her a woman. Though she was over 18, she was not yet 21. Her free-spirited approach to life was grounded in her belief in God, Mother Nature, and all things esoteric. Though she came off as rather spacey, the more he got to know her, the more impressed he became by her level of intelligence in her areas of study and interests. He felt a sense of balance when he was with her. The few who knew them as a couple, figured the relationship had more to do with good sex than anything else. In their opinion, Evelyn and Kevin were just too different to make for a lasting emulsion.

Kevin arrived right on time to pick her up from the house she and Mateo shared with three other couples. Mateo had left earlier to run some errands. After a quick stop at the bookstore for a book of poetry and whatever else tickled their fancy, they’d head to the park. Placing the picnic basket on the backseat of his VW, Kevin announced he wanted to run to his office first. There was some paperwork he needed to gather in preparation for a meeting the following morning.

As they approached the Research Center, Evelyn couldn’t help herself. An unexpected wave of excitement sprinkled over her like pollen from a tree. Clapping her hands together while shifting her weight from side to side, Evelyn exclaimed, “This is going to be so cool!” Kevin was inserting his key into the door but stopped midway in response to her comment. Realizing for the umpteenth time, he was dating a woman several years his junior, he froze. Still bent over, he looked back over his shoulder and uttered in a measured, parental tone, “Don’t touch anything, Evelyn. Not one thing.”

Evelyn sheepishly consented, quieting her movements but unable to calm her inner enthusiasm. She was about to enter a real NASA facility. Visions of Cape Canaveral, Captain/Majors Nelson and Healy swam through her head. Evelyn’s only knowledge of space was how the placement of the stars, moon and sun related to Astrology. Something else Kevin didn’t believe in. Although he had to admit, Evelyn often pointed out something or provided an explanation based upon a person’s astrological sign and aspects of their celestial chart that was so well defined and accurate, he wondered if there wasn’t something to it.

Once inside, Evelyn was disappointed to see several large rooms partitioned into individual cubicles; a rather boring presentation. Most of the three-sided quarters were decorated with family photos, awards, certificates and a few color-coded charts. Some had posters with declarations of the times: “Make Love Not War,” “Travel To Far Off Lands – Meet Exotic People – Then Kill Them,” and Evelyn’s favorite, “It’s Hard To Fly With Eagles When You Work With Turkeys.”

As they made their way to the back of the building, things got a little more interesting. Spanning the entire length of two walls were the biggest computers she had ever seen. Massive discs slowly spun counterclockwise, lights were blinking, and the hum of the machinery was so loud, she had to shout her many questions. Kevin gave a short yet difficult to understand explanation then announced he had everything he needed as he guided Evelyn out of the building.

Burdened with picnic basket, books and a blanket, the two found a secluded spot among the trees. After spreading the blanket over a plastic tarp, Evelyn laid out the bounty of food while Kevin opened the wine. The sun above was bright and warm with just a shmear of clouds to add interest. Watching Evelyn pull each item out of the basket, Kevin noticed a definite food theme. “Are those flowers on that salad?” he asked. Evelyn nodded. “What’s that on top of the pizza?” Evelyn informed him it was not pizza, but grilled flatbread topped with goat cheese, red onion, arugula and Nasturtiums. “Oh my Gawd!” he exclaimed, “You put flowers on the deviled eggs? Does everything have flowers on it?”

“No, not everything,” Evelyn replied. “These brownies don’t have flowers on them, but they do have weed in them.”

“So, we can eat flowers?” he asked, incredulously. Evelyn explained that only flowers grown specifically for culinary use can be eaten. She would never suggest someone yank flowers from a garden or yard then put them into their mouths. She had recently begun playing with edible flowers and decided Kevin would be a wonderfully honest guinea pig.

And he was. Instructing him to close his eyes as she fed the first bite of each dish, Kevin provided excellent feedback describing taste and texture. He was surprised how some flowers were peppery, some sweet, some so subtle he had to eat the entire flower, not just the petals. Having previously explained the medicinal benefits of cannabis, today Evelyn talked about the healing properties of the flowers they ate.

Kevin didn’t realize lavender helps one to relax and manage stress, allowing for better sleep. Jasmine eases body aches and cramps while offering benefits to the digestive system. Marigolds heal cuts, burns, skin rashes, even athlete’s foot. And those dandelions she used to make into flower chains actually cleanse our blood and were used by Native American tribes as a laxative. She explained how the use of flowers for medicinal purposes was an ancient art—one she hoped to revive along with other gardeners and holistic healing friends.

The experience was one so unique and so, Evelyn, that Kevin blurted out, “Thank God, I met you!”

“It’s just a phrase, Love. But I am grateful for you.” Leaning over she simultaneously kissed him while shifting the large bite of infused brownie from her mouth to his. Evelyn had no intention of letting this go without more discussion.

While at the Ames Research Center, Kevin mentioned the paperwork he needed were notes to compile into a report confirming the discovery of another star or planet within the Milky Way. This prompted Evelyn to ask who made the discovery and when. Kevin answered no one person never actually saw the star/planet, but they know it exists because of the movements, magnetic pulls and its impact upon neighboring heavenly bodies. Evelyn decided to use this same approach to prove her point on one of their long running discussions.

“So, you guys haven’t actually seen this new star or planet?”

“But you know it’s there because of the way it impacts whatever is surrounding it?”

“It’s the same thing with God. You don’t have to actually SEE Him, to know He exists. I see evidence of God in everything. The miracle of birth, your planets, nature, especially these medicinal plants and flowers I use. God’s presence is apparent by way of impact in obvious and often, less obvious ways. Just because you can’t see Him with your eyes, doesn’t mean He doesn’t exist.”

“Damn, you’re good, Evelyn. I’m going to have to think about this. But while I’m thinking I’d like to try one of those things with the purple flowers in them.”

“Oh, my lilac scones! They also have cannabis in them. Lilacs help reduce fever. Here’s some rhubarb curd I made to go with them.”

Kevin took one bite, smiled at Evelyn and said, “Thank God, you made these! But I think these scones are inducing a fever. Cause I’m suddenly feeling hot. Or maybe it’s the weed.”

Heat oven to 425° degrees. In large bowl, whisk together flour, sugar, baking powder, baking soda and salt. Using a pastry blender or fork, cut butter into flour mixture until mixture is like pea-gravel. Add buttermilk, lilacs, vanilla and almonds, working the dough until it comes together into a ball. Don’t over mix. Lightly flour counter, separate and flatten dough into 2-½” thick disks. Cut each disk into 4 triangles and place on parchment-lined sheet pans. Set in fridge for about 30 minutes.

*Brush triangles with an egg or milk wash then sprinkle with finishing sugar and a few more blossoms if desired. Bake until golden brown, about 12-16 minutes.

1 cup granulated sugar, divided in half

In large saucepot, simmer rhubarb, strawberries, lemon juice, ½ cup sugar and salt until rhubarb has softened. Allow to cool slightly, then puree in a blender. Meanwhile, in medium bowl, whisk together egg yolks and remaining sugar until egg yolk lightens in color. Temper eggs 1 ladle at a time with the still-warm rhubarb mixture, repeat with about 4 ladle fulls. Once eggs have been tempered, pour egg mixture and remaining rhubarb mixture into saucepot, simmering until mixture has thickened. Remove from heat and gradually whisk in butter cubes until all butter has melted. Remove from heat and serve warm or keep chilled in fridge.