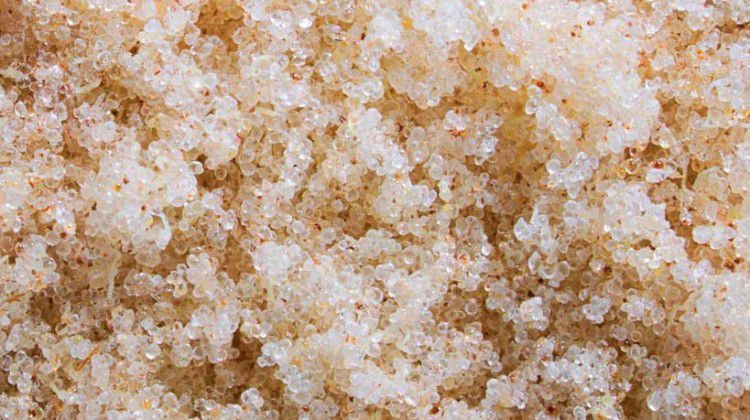 As precious as gemstones, trichomes are the crown jewel of the cannabis plant

As precious as gemstones, trichomes are the crown jewel of the cannabis plant

which item has more value in the marketplace? An ounce of trichomes (those tiny crystals that grow at the end of a hair-like extension on cannabis), or an ounce of gold (that’s right, real gold)? Hint: At last glance, gold was $1,275 an ounce or $41 a gram.

Time’s up. The trade would have to be two-for-one to be fair. There’s twice the gold in them there plants. A gram of solely trichomes would be worth upward of $100 per gram and soon consumers will be seeing trichomes sold as pure kief to the rich man or woman at the low-low price of $120 a gram.

Don’t even think about the staggering conversion to silver. Trichomes are attached to the flower or extracted for use in hash products, edibles and concentrates. Like flakes of gold, they are the most lucrative part of the cannabis business.

“All you need is some static electricity and a fine screen and you’re left with the heads of what we call ‘cannabis caviar,’” explains cultivator Don Decatur of Serenity Wellness LV.

He described to elevate how this precious, minute sack of goodies that protrudes from the plant delivers most of the punch. As a manufacturer, Decatur has overseen the process of trichome extraction for several Las Vegas-based medical marijuana establishments (MMEs).

Natural extraction provides the lowest yield. He explains that butane hash will yield a 15- to 20-percent return, “but less than one percent for trichome heads only.”

That staggering figure translates to 500 grams of flower for five grams of trichomes, which explains the price. “When you think about it, that makes trichomes one of the more valuable substances on earth -- like gemstones,” Decatur says.

Plant trichomes come in a variety of shapes, sizes, and cellular composition. Trichomes of the cannabis plant have been divided into two types, glandular and non-glandular. Glandular trichomes produce and store large amounts of cannabis resin that includes THC, CBD and terpenes. Female plants are particularly rich in glandular trichomes. Although they are mainly associated with the flower structure, they can also be found on leaves and stems.

“Trichomes are the key ingredient in everything cannabis,” says Kendall Smith, a local extractions specialist and product developer. Trichomes comprise the components that nurture the therapeutic and psychotropic properties and put the word medical in front of cannabis. These glandular structures serve as the home base for where the biosynthesis of cannabinoids takes place as the plant is maturing.

“Trichomes are the sticky part of its structure in the head, the gland. If you compare a CBD plant to any other THC-dominant strain, the CBD plant trichomes grow right on the surface of the plant. Their gland structures are different,” says Smith, who values the importance of keeping the trichome structure intact for whole-plant therapy.

Glistening white trichomes seen in close-ups of the mature plant show the oil in its early state of clear liquid. Then it progresses to a cloudy state. As the plant continues to mature, a change in the color of the glands’ head turns to a light gold or yellow. At the end of the growth cycle, the color turns to amber, then brown as the plant dies. But flowers on the plant don’t all bloom at the same time so there are always trichomes in different stages of development.

“As the trichome matures, it turns slightly cloudy, then yellow and amber. We look for 50 percent amber and 50 percent cloudy,” says Decatur.

Trichomes need magnification, up to 40x, to view them. But from afar, they can have that frosty look if the plant was picked at the right time and was grown and dried properly. At close examination, you can see the trichome protruding from the flowers that glisten in the light. This overall view gives the bud a frosty look, hence the term frosty.

To Extract or Not Extract

Natural extraction of trichomes is now the rage with hand-pressed techniques all the way up to butane extraction. The yield is lowest when extraction is chemical free, which is reflected in the price.

Medical clients tend to spend less than recreational users, Decatur says, and with adult-use sales coming online this summer, the higher-end clients will emerge. Those high-end products extract one percent of trichomes from 99 percent of the plant.

“It’s tough for me to convince ownership when butane hash yields 15 percent,” says Decatur, 33, a native Las Vegan who worked for BAM and is now head of cultivation for Oasis Medical, the umbrella company to SinCity Oilers (extracts) and UrbnHerb (flower).

“Extracting trichomes can be costly and it cuts into flower supplies,” Decatur says.

While the majority of trichome heads are found growing out of the bud, many trichomes are found inside the bud as well as the leaves.

“They don’t get a chance to stand up and be erect and don’t capture the light quite as well,” Decatur says. “The ones on the outside shine a little more and contain 90 percent of the oil. That’s where you would get the most out of it. They lend themselves to solvents that liquify the resin gland to remove the oil.”

The remaining matter will still contain trace cannabinoids and terpenes within the plant.

“You can use the remaining material for something that doesn’t require terpenes like edibles,” Decatur says.

Trichomes are unique from each strain of cannabis. Some of the hash strains have a thicker wax coating. Rosin is a fairly newer technique that uses heat and pressure.

“We want stuff that melts and vaporizes much faster and liquifies,” Decatur says. “But some of the best trichome strains aren’t good for hash.”

Characteristics of trichome heads and stems also vary between indica and sativa strains. The difference between the two can alter the type of screen used to separate trichomes from the plant.

“You need to protect them during the drying process,” Decatur says, offering that you need to “know how to handle the plant or it lowers your THC score.”

The most potential for strong profiles comes from proper handling of the plant after harvest, notes Decatur, “You see a lot of trichomes knocked off in the process that are decapitated glands.”

Remember that episode of “Weeds” where Silas Botwin gets free bags of trim, then puts them in a clothes dryer to make hash? Silas was ahead of his time.

Smith, 36, who has worked in the cannabis field for half of his life or an eternity in MME years, is the production manager at Unifern LLC. He has learned growth and extraction practices from ground to table.

“During 18 years of dealing with cannabis, we didn’t do a lot with our trim,” Smith tells elevate. “A lot of it was thrown away. The value of trim leaves has grown over the past decade since people learned that, ‘hey, I can make something from this.’”

Methods of extraction are changing as machinery changes and innovation occurs. From hand-rolled extraction of hash to beating bags of flower to BHO (butane) extraction, trichomes are harvested, melted, stripped or just thrown into edibles and hash products.

“The best trichome product is a ball of hash,” says Smith, noting he is a purist.

While employing sound growing practices can make the difference in a cannabis plant profile, the strain can determine whether it is best for flower or for hash.

“I’d like to see more breeding of hash plants,” Smith says. “Plants that produce big, fat resin heads. It all starts in the plants. There is only so much we can do in production.”

Some say with slight agitation, trichomes can become brittle and break off the plant, resulting in less overall cannabinoid and terpene content. An old wives’ tale, perhaps, unless the plant is abused. Smith and Decatur believe the trichome is tougher than it looks.

“With a full-melt product like rosin, you are extracting in a way that preserves the profile with the least amount of chemicals,” Smith says.

Trichomes also play an important role in the survival of the plant. The sticky resin substance is a defense against the sun, fungus and insects, as well as little herbivores. The glandular resin heads also act as a natural sunscreen. Combined with the aroma of certain terpenes, the plant can repel invaders. Abused plants may not have a strong terpene fragrance due to a loss of trichomes.

How Chief Keef Got His Name

Pronounced keef or kif, depending on the cultural attachment, can translate to “pleasure” or “intoxication” and refers to the collection of sand-colored resinous trichomes that stick in jars and plastic baggies. Kief is sifted from cannabis flower or leaf trim with a mesh screen or sieve. The accumulation of these trichomes creates a fine, powdery substance that is sticky as a result of the oil. Kief can be smoked by itself, added to flower, and lit or vaped, and can be pressed into hash or rolled with oil into temple balls or with flower to make moonrocks (see story on page 22).

The easiest way to collect kief at home is by using a three-compartment grinder. The cannabis can be finely ground from the top to the second compartment. The tiny trichome heads, or crystals, fall through a fine screen and collect into a small compartment at the bottom.

To accumulate enough to utilize in a bowl or press into hash takes hundreds of grams of flower. The result is a much higher concentration of psychoactive cannabinoids and terpenes.

For centuries, kief has been pressed into cakes of hashish or rolled into temple balls. Smoking kief alone or atop some flower can have a profound effect. Temple balls, moonrocks and other similar products contain full profiles of plants and an impacting high.

To collect larger amounts of kief, makeshift sifters using layered screens are created. Using a sifter box and a coin can assimilate mining for gold. Collecting small amounts of kief is easy; extracting large amounts of trichomes from flower is not.Whichever way you choose, the result is golden.