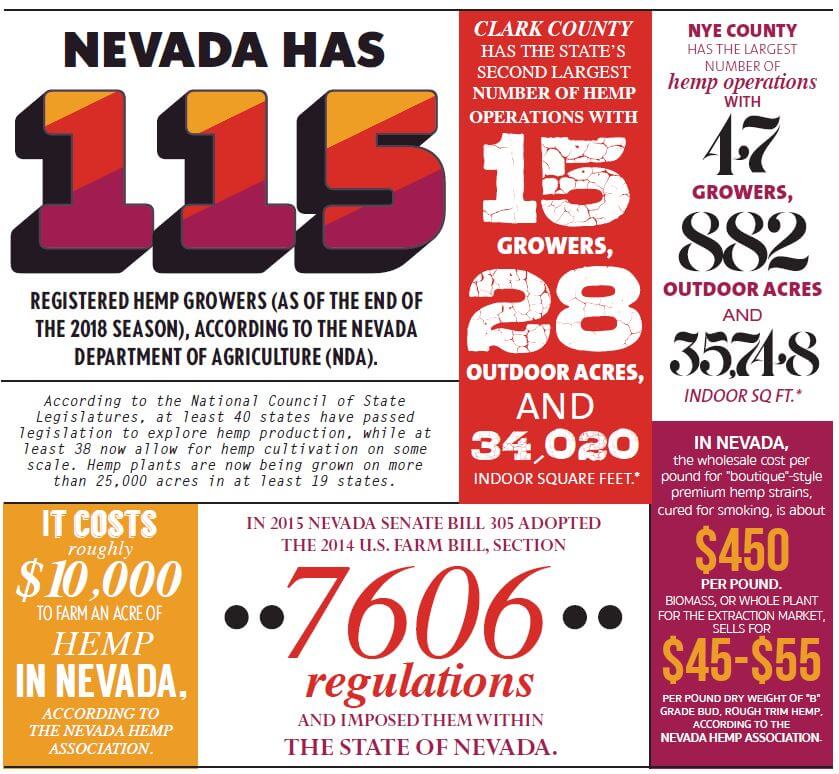 Hemp by the Numbers

Hemp by the Numbers

Since 2014, when Congress passed a major Farm Bill allowing states to set their own regulations on hemp production, hemp has seen tremendous interest and growth. The Agricultural Act of 2014 allowed hemp production for research and development under the purview of a State Department of Agriculture. To that end,during the 2015 Nevada Legislative Session, state regulations for hemp were passed and Nevada officially started allowing hemp production in 2016. Last year another Farm Bill, an $867 billion package titled the Agricultural Improvement Act of 2018, passed Congress in a bipartisan show of support and was signed into law by President Trump on December 20. This has set the stage for hemp’s continued evolution into a major industry.

Here’s how it breaks down in Nevada.