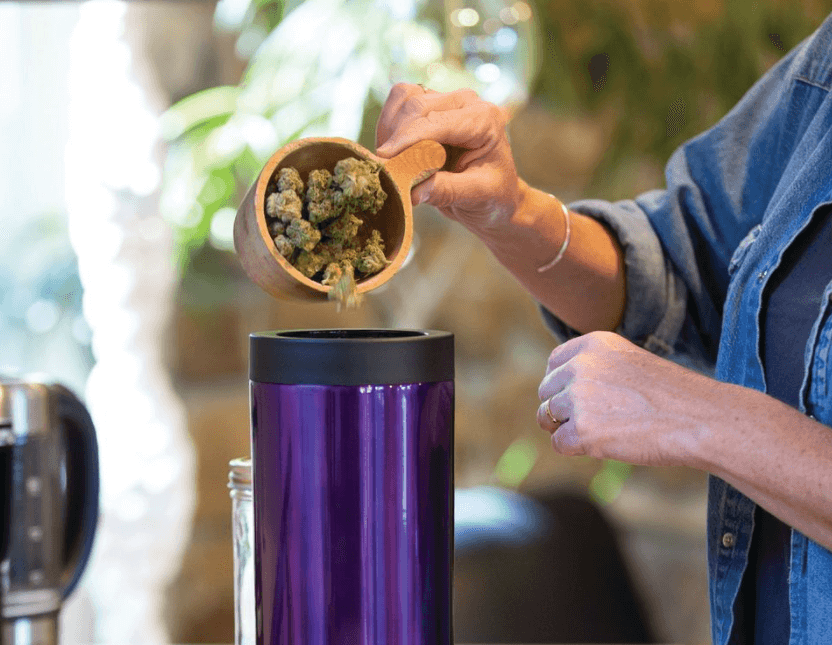 Ardent FX is Easy Bake appliance of the cannabis space

Ardent FX is Easy Bake appliance of the cannabis space

In 2013 Shanel Lindsay had been making her own edibles at home and decided to have them tested for potency. “I was expecting the stuff that I was making in the crockpot to be fully active,” Lindsay shares. “What I saw was that it was actually only about 70% active, and I was shocked. I was like, ‘You’ve got to be kidding me? I'm wasting 30% of this?’”

As an attorney who is admittedly a D-I-Yer, Lindsay got to work. “From a business perspective, I decided I needed to invent a machine that can help people make edibles that aren’t subpar, and also make it even easier. That was definitely the kind of thought process behind bringing a precision device to people,” she says. After much experimentation, a few years later, voila, Lindsay introduced an all-in-one cannabis cooker.

Launched in 2016, her company, Ardent, now sells two devices, NOVA and FX, that activate marijuana plants before infusing, cooking, melting, or baking. The company refers to the FX model as the "Easy Bake Ardent." Users can choose which strains or oils (THC, CBD, CBG, scents, flavors) to include for whatever outcome they want, including rolls, topicals or edibles.

It’s nicknamed Easy Bake for a good reason. “You can do it in the privacy of your room, or in the bathroom, or wherever you want to do it because it's an all-in-one little machine. And that kind of frees you from being tied to a particular space when you're making your cannabis products. I can literally bake an edible while sitting at my desk—from start to finish, make a little cupcake,” Lindsay says. “I think for a lot of people, especially during Covid when people were stuck in their rooms, that brought a new value to this personalized machine.”

Because Ardent appliances were created out of a need to be efficient, Lindsay notes, “People who use our device are using about half as much starting material as they were using before. The beauty of that is at the end of the day, they have this extra bud, then they'll start to make a beauty product or they'll start to make something else.”

What’s in your edible stash?