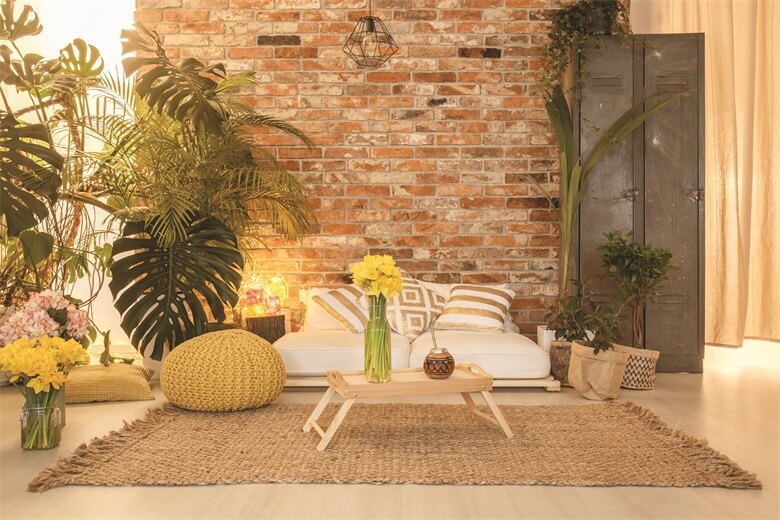 by Deborah Costella, aka Cosmic Muffin

It’s beginning to happen, but no one’s openly talking about it. Except when the scenario is inflammatory, then it makes news. It’s a phenomenon that results in states that have recently introduced recreational marijuana and brought edibles into the market. With the entry of cannabis in the marketplace the truism -- the greater the freedoms given, the more vital education and experience become -- appears to be applicable. This concept applies to almost everything in the cannabis world but is especially true when novices are considering which products, strains, and potencies to purchase for an evening or weekend of fun and recreation. Arming oneself with information and knowledge becomes vital when seeking alternative medications and remedies.

Consider those stoners from the ‘60s and ‘70s who have been working on their weed-ucation for years. There are some who have earned their doctorates on the subject. Whether they take a couple of hits off their bong prior to heading to the office in the morning or those who sit in “couchlock” binge watching The Office after work, these people have done their research. They know the differences between sativa and indica and how much to smoke, eat or apply. They know how CBD (cannabidiol) works in conjunction with THC (tetrahydrocannabinol) and when it may be more appropriate to utilize only CBD and skip the high.

Over the years, amateur chefs who used to prepare Alice B. Toklas’ brownies by just throwing an entire “lid” (a small baggie of weed) into a boxed brownie mix have honed their skills and brought edibles to new elevations in taste and texture (no more bits of stems and leaves to pick out of your teeth). Incorporating their knowledge of the nuances of terpenes and how they impact flavor when combined with other ingredients has yielded edibles worthy of consumption in a three-star restaurant.

Users new to cannabis who don’t do their homework or ask the right questions who are gung-ho on recreational alternatives or reducing the number of meds they’re taking may end up with a perverted understanding of the correct way to use marijuana. There’s more to the cannabis experience than applying fire to the end of a tightly rolled joint, inhaling, holding your breath, then exhaling amid a coughing fit. Information gaps when using cannabis can result in some scary or even ridiculous situations.

The most prominent example of using before obtaining a weed-ucation is that of New York Times columnist Maureen Dowd. During her efforts to research an article she was writing on the subject, Ms. Dowd purchased her first ever edible, a caramel-chocolate bar, from a Colorado dispensary. I’m not sure if the budtender who assisted with her purchase failed to explain how much she should eat as a novice or if she simply failed to ask or yield to his/her instructions. After nibbling off a small corner of the candy bar she decided, like many new users, it wasn’t working. She didn’t feel anything. She ate a little more, then waited; ten minutes? Still nothing. Ms. Dowd nibbled away like a mouse with a wedge of Cornish Kern cheese and ended up biting her way through 160 milligrams of THC.

Two hours later, I’m sure that poor woman’s head felt as though it was floating six inches above her body. Likely her arms and legs didn’t feel attached either. That scene from Monty Python’s Holy Grail, when the Black Knight calls the sword fight a draw after noticing he has no arms or legs, comes to mind. Currently, the recommended dosage for low tolerance persons is between 10 and 15 milligrams of THC.

Our uninformed journalist ate enough ganga to get Snoop Dogg, Cheech and Chong and my son to strip off their clothes, grab hands in canna-chain formation and run naked down the halls of their hotel (which, by the way, was an actual experience of other uninformed, new-to-cannabis individuals). Ms. Dowd suffered several hours of anxiety and paranoia. Sadly, she returned to New York and wrote an anti-cannabis/edibles column reminiscent of the 1936 film Reefer Madness. For those unfamiliar with this film, it depicts far-fetched, unpleasant sensations and socially unacceptable behaviors when one engages in smoking marijuana.

With compassion for Ms. Dowd and less animosity toward cannabis, a gentleman from Vice commiserated with Dowd’s unpleasant experience sharing what happened when he purchased his first infused brownie from a “well-meaning hippie” outside of a Grateful Dead concert. Mr. Bienenstock wrote, in hindsight, he probably should have asked a few questions about potency and freshness. Of course it was too strong! He bought it from a “deadhead.” Mr. Bienenstock states in his article, even as an intelligent man in his early 60s, he failed to research how consuming edibles differs from smoking weed. Likely he assumed the weed of today is like the weed of yesterday. Which it isn’t. Smoking brings on sensations almost immediately then wears off within the hour. The time delay for edibles can be anywhere from 30 minutes to nearly two hours and may last as much as eight.

The misadventures of Ms. Dowd and Mr. Bienenstock occurred in 2014. One year later, there hadn’t been much more offered in mainstream weed-ducation. This is clear when recalling the incident involving a Detroit police officer who many are still snickering about. Instead of turning in contraband confiscated during a “drug” raid the officer kept it. He then instructed his wife to bake up some brownies with the stolen weed. After the infused brownies had cooled, the officer and his wife proceeded to eat one, then two, then three (they weren’t feeling anything) until the entire batch of brownies had been devoured. The following day we all watched and heard on television as newscasters played back the officer’s call to 911 dispatch. Speaking clearly and deliberately (he wasn’t slurring his words or speaking especially slow) he requests dispatch send emergency rescue. We hear our stoned super sleuth tell dispatch, “I think we overdosed. No, I’m just...I think we’re dying. Time is going sooo slooowly. Yes, I think we’re dead.” The 911 operator finally figures out what they’ve done and asks how many brownies were consumed; the officer doesn’t really know. She then asked how much cannabis they put into the batch of brownies; which he wasn’t completely sure of either. The dispatch operator continues to ask excellent questions, though you hear her sighing at his foolishness. You just know she was rolling her eyeballs during the call then as soon as the call was complete, collapsed in a fit of laughter. Even newscasters were giggling as they read the story.

Not to embarrass the officer (he did that just fine on his own), but you can’t overdose on marijuana! It is possible to eat or smoke more than you need, just like eating too much food on Thanksgiving. Overeating from the cornucopia of delights on the table may cause discomfort on Turkey Day, but you can’t overdose on the meal. Same with cannabis -- you may manifest uncomfortable symptoms of dizziness, nausea, sweating (same symptoms after consuming too much turkey and fixin’s), but it’s unlikely you’ll permanently damage any internal organs.

Even I’ve experienced a phone call in the wee hours of the morning from a friend who consumed too many edibles. After gently reminding him I’m a chef not a doctor, I suggested the best remedy I’ve found when ingesting too much cannabis -- a tall glass of water and sleep. Dehydration accounts for many of those uncomfortable sensations associated with consuming too much THC. Sometimes a bit of CBD tincture under the tongue can help counter the psychoactive effects of THC. Those reports of feeling like they’re dying (how do they know what that feels like?) can occur when your head is swimming in THC.

Despite cannabis’s organic properties thanks to Mother Nature some people still think of it as a chemically manufactured product that can be remedied with more medicine. As states legalize marijuana, hospitals have experienced an influx of emergency room visitors who, after checking in, patiently wait to get their vitals taken and then just hang out. Of course, ER doctors know exactly what to do in the event of an alcohol or other chemically produced drug overdose but weed? – not so much. After checking these “patients” in and ensuring nothing else is wrong and everything registers as normal, there’s nothing ER staff can do for them. These over-indulgers don’t need any medication, they don’t need induced vomiting, they don’t need surgery. What they need is time, rest, quiet, and water...and munchies.

Which in the most round-aboutest of ways brings me to my friend, Louise. After slapping our knees in hysterics at this new phenomenon, my very creative and entrepreneurial friend was struck with a terrific idea -- a “coming down sanctuary,” as she referred to it. Louise and I envision a dimly lit room with comfy papasan chairs, cozy beanbag chairs, and cushy loveseats. There would be assorted munchies (not brownies or Rice Krispy treats, that’s probably what got them there in the first place) such as honeybuns, egg salad sandwiches, cinnamon toast, and my personal favorite, those cheddar cheese and peanut butter crackers. Of course, there would be plenty of water available. A widescreen TV playing shows like How It’s Made, Comedians in Cars Getting Coffee, or my go-to program when in a I’m-too-high-and-don’t-want-to-get-paranoid state, anything with Dave Chappell in it. One television will suffice. People who are that stoned are too relaxed and don’t usually argue over what to watch on TV.

I think Louise’s idea is an inspired one. Creating a space that allows these folks to comfortably “come down” while avoiding taxing an overworked ER staff with patients who aren’t really patients. In the meantime, while we get our plans for the sanctuary organized, to follow are two recipes (page 41 and 42) for munchies -- one sweet, one savory -- for you to prepare and have on hand when creating your own “coming down sanctuary.” 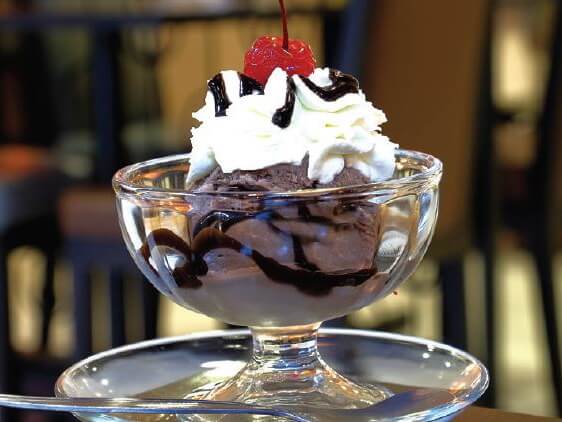 In saucepot combine heavy cream, milk, cocoa powder, sugar and salt. Over medium heat bring mixture to a simmer then remove from heat. In large mixing bowl, whisk egg yolks until they lighten in color. Temper yolks then add to milk mixture. Return pot to low heat, stirring constantly until mixture thickens, reaching 175-180°. Do not allow mixture to boil. Strain custard through a sieve and allow to cool. Pour into ice cream machine and churn according to manufacturer’s directions. 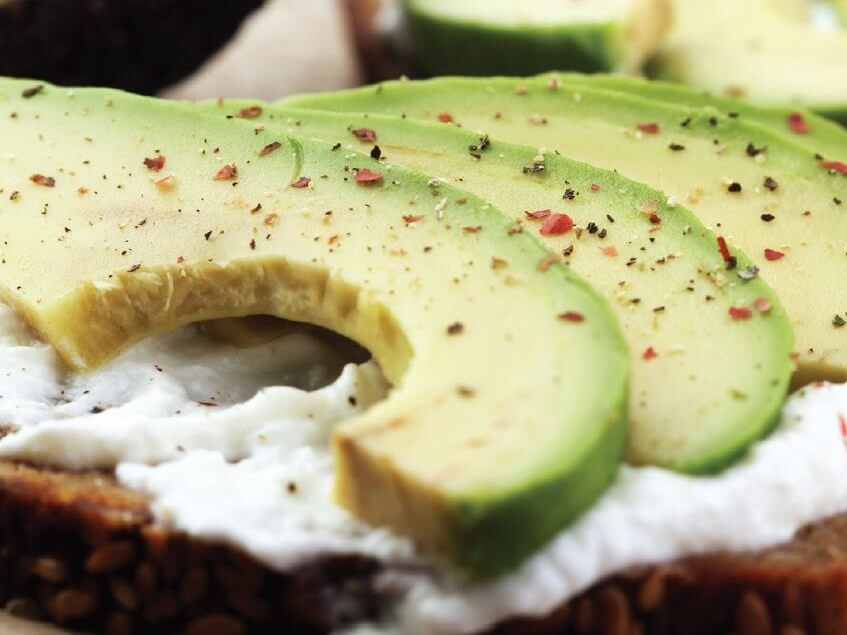 Toast slice of bread to desired doneness. While bread is toasting, in small mixing bowl, using a fork, smash avocado with mayo or ranch dressing and lime juice. Season to taste with salt, pepper, cumin and hot sauce. Spoon mashed avocado mixture onto slice of toasted bread, top with sprouts and egg.