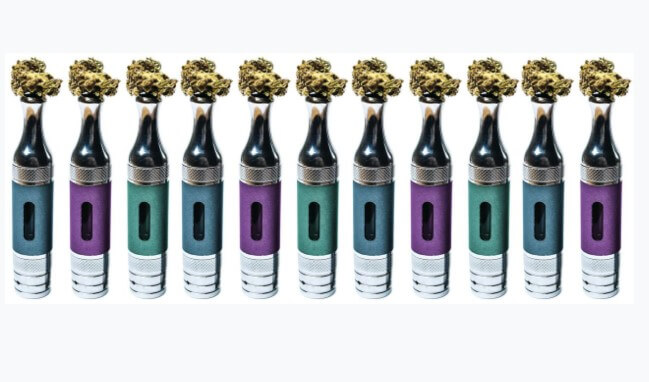 A look at the vape market’s road to recovery

A look at the vape market’s road to recovery

Once the fastest-growing product category in cannabis, vapes were the focus of the cannabis industry’s first public health crisis with the appearance of E-cigarette and Vaping Product Associated Lung Injury (EVALI) in late summer 2019. Despite seeing ups and down in the first half of 2020, in part due to the impact of Covid-19, vape sales are on the rise again, and are likely to surpass summer 2019’s peak in sales by the end of 2020.

Sales of vapes fell off sharply after the announcement of the first EVALI-related death, which occurred on August 23, 2019. BDSA retail sales tracking data shows monthly sales across Arizona, California, Colorado, Nevada and Oregon dropping from $160 million in August 2019 to $126 million in September 2019. Sales in those states began to stabilize in the fourth quarter—rising from a low of $119 million in November 2019 to $124 million in December 2019 as consumers’ hesitations about vapes began to fade and temporary bans began to lift.

Sales remained steady for the early months of 2020, seeing a significant spike to $132 million in March 2020, as the arrival of Covid-19 stay-at-home orders prompted many consumers to stock up in preparation for states’ shelter-in-place orders. Consumers stocked well during that March spree and vape sales slowed again in April, totaling only $117 million across those five states. California especially saw steep declines, with vape sales dropping from $69 million to $60 million in April. Vape sales grew from the new low point in April to reach $143 million in June.

While the upward trend in sales since the first EVALI death may seem languid at first glance, the effect of Covid-19 on vape sales across these five states has had a significant effect: mostly positive in the majority of markets, negative in some, particularly Nevada. The Silver State’s adult-use market has taken a particularly big hit due to its heavy reliance on tourism. Vape sales in Nevada had been recovering as in other legal markets, reaching a post-EVALI high of $11.6 million in January. Then, with the near-total shutdown of Las Vegas, Reno and other Nevada tourist destinations, vape sales fell to a low of $6.8 million in April.

In the past year, legal cannabis markets have been rocked by two serious respiratory health crises: EVALI and the Covid-19 pandemic, which has had unavoidable effects on legal cannabis markets. Even so, vape products seem on track to reach and surpass their late-summer 2019 peak in the near future—but the category likely will not regain its previous relative share for some time.