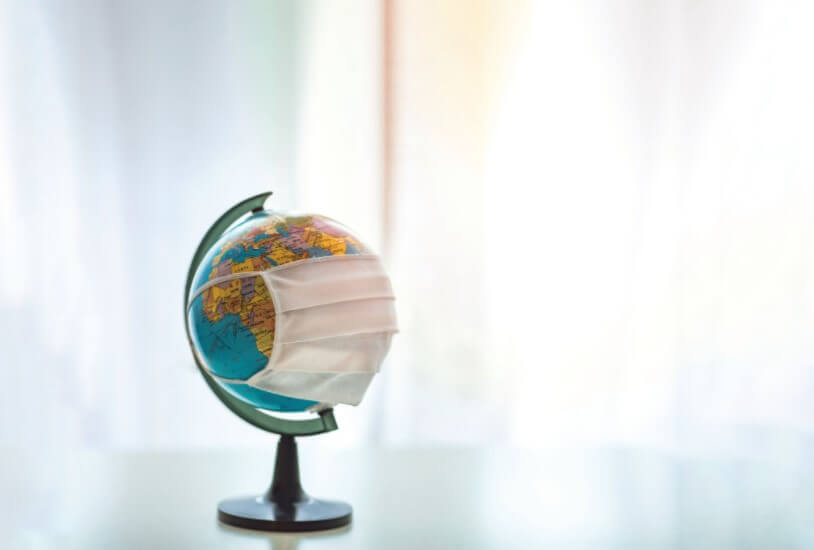 While much loss littered the landscape of 2020’s Covid-sphere, cannabis came away a winner

While much loss littered the landscape of 2020’s Covid-sphere, cannabis came away a winner

Ever the politician, cannabis won in every U.S. state that it went on the legalization ballot for during the 2020 election. In November voters pulled the lever to legalize medical or adult-use cannabis in New Jersey, Arizona, South Dakota, Vermont, and Montana which equates to one in three Americans living in a state with legal adult-use cannabis once they come online.

But the winning began before November. In mid-March as COVID-19 restrictions led governors to trim businesses down to only the most essential, marijuana dispensaries and delivery services stayed off the chopping block in California and heralded the precious “essential” designation in many states with Nevada among them. Meanwhile, restaurants, schools, gyms, recreation centers, retail stores, salons and barbers fell like dominoes. Deemed nonessential.

With both economic and societal health in mind, leaders in cannabis legal states saw the fortuitous forest through the trees of cannabis propaganda but that wasn’t always the case. When Ngaio Bealum, cannabis comedian, “chronnoisseur,” and Mr. Weed himself on Netflix’s marijuana cooking show, “Cooking on High,” began combating marijuana propaganda in the 1990s, the plant was still largely carrying its outlaw label making it not only nonessential, but also deeply stigmatized.

“We’ve been fighting against propaganda, horrible anti-cannabis propaganda for 40-50 years. I’ve been a cannabis activist since the ‘90s, and, you know they tried to legalize weed in the ‘60s and the ‘70s,” Bealum says.

In addition to all green lights on state voting ballots last fall, more fairy dust was sprinkled over the world of cannabis users and legalization, as Illinois reached 500,000 expunged cases for “low-level cannabis-related records,” according to a New Year’s Eve tweet by the state’s Governor JB Pritzker. “And they’re looking to drop more charges and let more people out of jail. And that’s beautiful,” Bealum says.

It doesn’t take a weed genius to see that The Man has kept cannabis down and defeated. Philosophy professor Dr. Ali Mohsen takes a view from a philosopher’s stone instead of a stoner’s. “In general, we see that the ruling class acts for the sake of their own interests and preserving political power. The criminalization of cannabis and racist policing strategies have resulted in disenfranchising a lot of Black and brown people, which along with gerrymandering and voter suppression, has led to the preservation of white supremacy. And we saw what happened in DC when white supremacy is threatened…”

Quarantine, though, has proven the opposite of a threat to cannabis legalization, even shoring up its legitimization. Sales are at an all-time high. Edibles alone grew by 60 percent across seven state markets – to $1.23 billion in 2020 from $767 million in 2019, according to end-of-year data from Seattle-based cannabis analytics firm Headset. Social isolation has even proven a boon as brands like Her Highness pander to the new normal, offering a pack of pre-rolled joints called Quarantine Queen.

The pandemic has generated another wave of the green rush as marijuana sees widening legislative recognition as a recession-proof, medically holistic, green cash cow. “People are finally coming around. People are finally noticing that it helps people, and people are looking at the costs associated with cannabis criminalization...” Bealum says. “It comes down to money. If they [states] realize they can make more money with weed being legal than weed being illegal, then that’s what they’re gonna do. States wanna sell weed for the same reason that other people wanna sell weed, and that’s you need a little bit more money. You need a side hustle... Now the state needs a side hustle… This is kind of a heavy thing to say, I guess, but if you look at the state as a gangster, we’re just giving them a cut. Right? So it’s protected. Here’s your cut of the weed game.”

For stoners who exist on more spiritual and woo-woo vibrations, perhaps it is no coincidence that cannabis is seeing its magical ascension in tandem with the Age of Aquarius 2.0. Pop culture-wise, the first time around it was the era of peace, love and hippies, but many modern astrologers believe it is a universal rise in consciousness, ushered in by the Great Conjunction on Dec. 21, 2020. After all, Bealum emphasizes, it was never just the weed that the Nixon administration was after in the first place.

“That was the whole basis of the war on drugs, was Nixon wanted to go after the hippies, and that was one of the easiest ways to do it. Just throw ‘em in jail, and now you’ve neutralized a threat...the thing with weed is, it opens your consciousness, it makes you less selfish...And then you start to see things that are happening and you wanna try to fix, and things that should be better...I think it goes back to that Nixon thing happening…”

“The hippies were mostly right,” Bealum continues. “If we listened to the hippies, we’d have socialized healthcare, we fu%$& would be having small farms and have natural organic food for everybody. Schools would be good, everybody would be learning what they want. We’d be a lot better off as a society.”

The journey has been one of decades, ballots, and states. While cannabis proponents like Bealum believe the trend toward legitimization and legalization will continue, still, there are those who vehemently oppose the movement. Mohsen finds that “the arguments against cannabis seem misinformed and biased, stemming from the racist fear mongering of the 20th century. Stigmas stick unfortunately, but with more visibility comes awareness and understanding...with more and more states legalizing recreational use, it’s only a matter of time before the federal government follows.”

For some, opposition lies in cannabis’ association with addiction, to which Bealum counters, “Weed can be a crutch. If you’re using weed to avoid reality rather than enjoy reality, you might want to look at that…but shit, you can use anything to do that. You can do too much hot yoga, you can use the Peloton to avoid reality, you can use jogging to avoid reality.” The focus, he thinks, should be on the “use or misuse” of anything that causes the brain to release feel-good hormones like adrenalines, endorphins, serotonins, or cannabinoids.

As for the gateway drug argument, Bealum refutes, “studies show that you can use weed to get away from heroin or opiates. In addition, weed is a big deal in avoiding the debilitating side effects of withdrawal. There are studies on that.”

Cannabis is certainly not the first thing the U.S. has taken time to make up its mind about. But, for a country built on at-all-costs agriculture, and still largely composed of farmlands, what’s another cash crop? Especially one auspiciously arriving just in time to help with pandemic deficits while at the same time delivering a natural elixir to an anxiety laden nation. Or for those more mindful of social causes, it’s a felicitous answer to America’s opiate addiction crisis. Seems cannabis handily wins elections because it’s got something for everyone—no matter your political stripe or motivation.