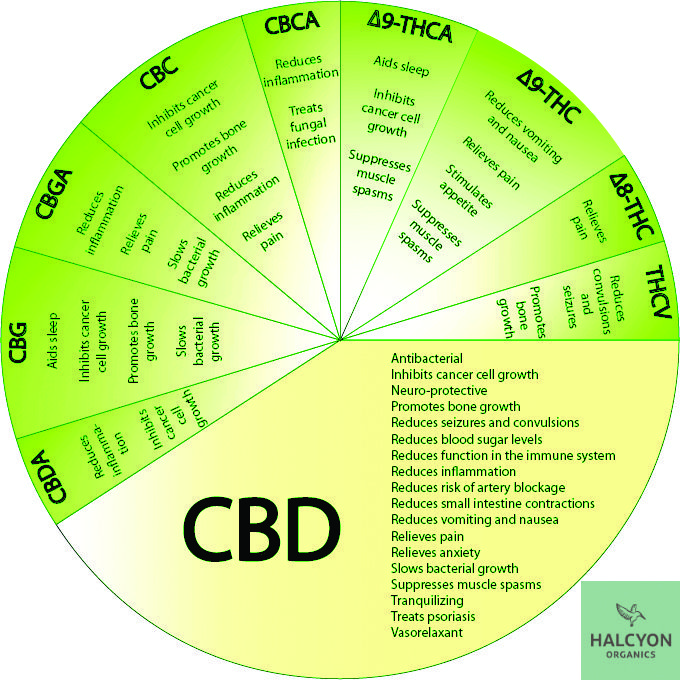 Patient Primer: THE WHEEL DEAL FOR CHARTING A COURSE OF TREATMENT WITH CANNABIS

Patient Primer: THE WHEEL DEAL FOR CHARTING A COURSE OF TREATMENT WITH CANNABIS

If you are new to the world of medicating with cannabis, it can be much like falling down a rabbit hole overrun with an alphabet soup of acronyms like CBD, CBN, CBG, THC and THCA. Figuring out which one or ones will treat your particular symptoms or disease can be a confusing prospect.

Cannabis wheels have become a popular source of information for patients, caregivers, and physicians seeking that knowledge. These visual aids are popular because they illustrate the wide spectrum of cannabinoids and the various conditions they treat.

For example, there is an abundance of CB-1 receptors in the brain while CB-2 receptors are primarily expressed in the immune system. The affinity of different cannabinoids at these receptor points can lead to various outcomes observed with different strains. THC and CBD are the two major phytocannabinoids. Synthetic cannabinoids are either chemically similar to THC (Marinol) or to endocannabinoids.

As more researchers look at cannabinoids other than THC, or even more closely at CBD, new information is being discovered as far as their efficacy in treating certain symptoms and ailments. Several companies have taken on the arduous task of developing tools to aid in the classification and grouping of different cannabinoids. One such chart (see page 26) shows the benefit of several different types of cannabinoids. Of all the cannabinoids listed in this chart, Δ9-THC and CBD are the ones with the most robust research behind them.

Leafly.com2 has also created a helpful chart that is more extensive in the symptoms and medical conditions that can be treated using different cannabinoids.

The most comprehensive tool is the interactive Weed Wheel by CannabiScope3 found at www.cannabiscope.com. This interactive chart allows the user to start with either the medical condition or the flavor of the strain. The health section is further divided by physical or mental symptoms, or the user can chose specific therapies such as pain relief or sleep aid. Eventually subdivisions lead to an array of strains that have been reported to work for the certain symptom the user has chosen. Once a strain is identified, some information on the properties of the strain can be obtained.

The exact cannabinoid composition of each strain will be a key factor in the future for standardization of strain classification. In turn, patients will not have to rely on just a strain name. For individuals who prefer to choose a particular flavor to reach a similar endpoint, they can start with the flavor section of CannabiScope’s Wheel. This is a great tool to help patients, caregivers, physicians, and cannabis aficionados obtain valuable information on cannabis. However, the general classification of such strains needs to be looked at cautiously. There are many generalized claims associated with specific strains. The composition makeup of the strains is important as many strains might bear the same name and have a completely different composition of cannabinoids.

Because Nevada requires strict laboratory testing of cannabis, medicine that is sold here will offer strain consistency and reproducibility values with certain cannabinoid concentrations documented on the label. With further research, the amount of information that will be available to patients and healthcare providers will further aid in narrowing the scope of cannabis-based treatments.