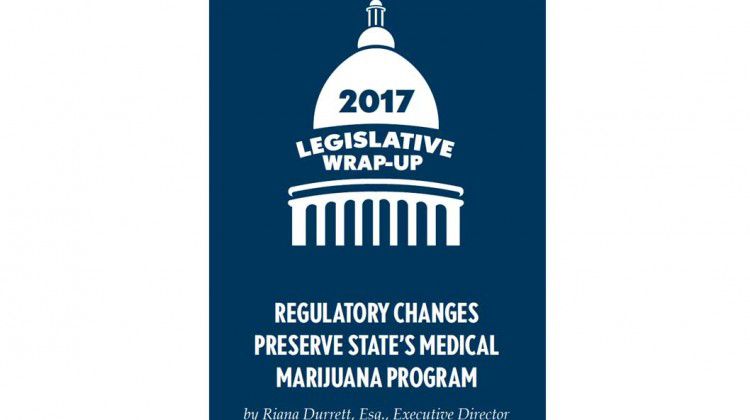 One major focus of the legislative session was to improve and preserve the medical marijuana program. Ahead of the session, Nevada Dispensary Association (NDA) members expressed concern that the medical program could be vulnerable, given the difficulties patients experienced in obtaining patient cards in the past as well as other hurdles faced by the program. With this vulnerability in mind, the NDA sought to improve access for patients, in addition to making other changes meant to ensure the continued sustainability of the program.

The NDA was fortunate to find a dedicated ally in Assemblyman Nelson Araujo, who sponsored Assembly Bill 422 and Assembly Bill 463 specifically to make changes to the medical marijuana program and ensure its continued viability. When I originally appealed to Assemblyman Araujo in hopes that he might sponsor bills supporting the medical marijuana program in Nevada, I was unaware of how much time and effort the request would demand of him. Fortunately, the Assemblyman was knowledgeable about the program and worked tirelessly to pass bills that would improve patient access and allow for streamlined business operations and regulatory functions. Assemblyman Araujo worked closely with the Godfather of Nevada’s marijuana industry, Senator Richard “Tick” Segerblom, to ensure that both the Assembly and Senate could pass a bill that would allow the program to continue to accommodate the needs of patients and the businesses that are essential to the continued success of

The highlights of these efforts, which become effective July 1, include:

Many other bills relating to marijuana were introduced with varying results. The highlights include:

Of the 23 bills introduced relating to marijuana--ranging from concealed carry rights to registering to work in the industry--only approximately one-third of those bills passed and, of that third, only a handful were signed into law by Governor Sandoval. While session was ongoing, NDA, along with other industry stakeholders, participated in the hearings, public workshops, and adoption of the temporary regulations (regulating retail marijuana) and in the Governor’s Task Force, which will help shape

The NDA is grateful that Nevada lawmakers, regulators and industry stakeholders pulled together to support Nevada’s medical marijuana program this session, which has been widely commended as a national model in several areas, including inventory control and testing standards. In addition, the Department of Taxation has accomplished the seemingly impossible task of implementing a new government program (retail sales) in only approximately six months and we look forward to implementation of their well-developed, comprehensive regulations on July 1.