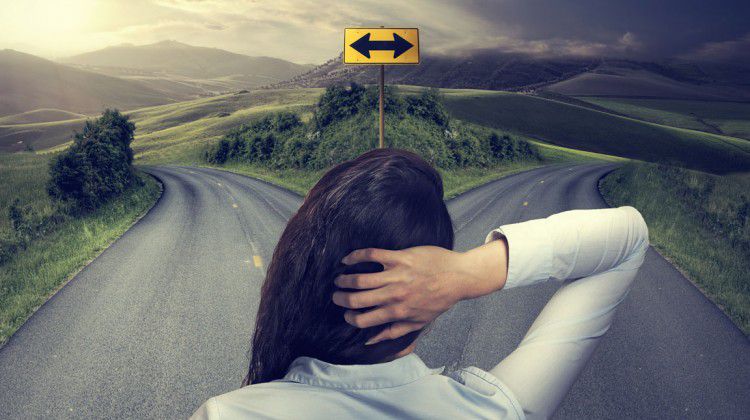 Why is cannabis’ most potent healing compound hard to find in Nevada?

Why is cannabis’ most potent healing compound hard to find in Nevada?

Even though Nevada’s cannabis industry is still very much in its infancy, there is much speculation as to why CBD-rich strains aren’t that plentiful in Nevada. Some believe dispensary owners are driving the demand for high-THC products. Others suggest patients just aren’t educated enough about CBD-dominant strains. While still others contend that there have been strain limitations because the State of Nevada requires commercial cultivators to get their product solely from the state’s patient-growers.

No matter what the reason is there seems to be a disconnect with regard to cannabis’ two most prominent cannabinoid compounds: THC and CBD. So far demand has been largely for THC-dominant products rather than the more healing CBD.

“Word on the street is everyone is truly focused on the THC content to create a value for some of these strains,” explained Darin Carpenter, Director of Cultivation for Tryke Companies. “In Nevada it seems there’s this artificial inflation of value based off of THC content versus CBD content. There is more of a focus on how much more bang for the buck I can get versus how much of a medicating effect can I give to someone.”

Carpenter attributes it to a lack of cannabis expertise and savvy. “There are some owners in the industry here in Nevada who aren’t as experienced and they see THC as a value and it’s not necessarily that -- the value comes from the full profile of the product especially the effect it can give to a particular patient. Some of the other growers that we have met with or had brief discussions with are kind of on the same wavelength as we are.”

Silver Sage Wellness’ Braly Joy agrees that value has a lot to do with the absence of high-CBD medicine in the state. “There aren’t too many people out there producing their own CBD-specific products because there’s not money in it really. The CBD strains, the good ones, aren’t big yielders. Most cultivation facilities aren’t going to waste their time growing CBD, but we have CBD growing in every one of our rooms all the time,” Joy offered of Silver Sage’s 26,000-square-foot grow where his team is cultivating 42 strains with five that are CBD-specific and four more in the works.

Joy also attributes the lack of CBD-rich strains to state regulations as to where cultivators are able to to get their plants from. “I also think it is because of the regs on acquiring genetics here in Nevada. You have to pull from patients here in Nevada, and unless you are lucky enough to come across patients who were educated and were specifically growing these strains, they are not that easy to find.

“It’s not a high volume product, but it’s something that is so very appreciated by the few that are getting it that really do need it.”

Easier to find are a lot of THC-dominant strains. Steve Wenger, owner of Las Vegas Herbal Growers, contends it is patients who are looking for big THC numbers because of lack of exposure to the actual product. “When you walk into our dispensary in Colorado you see glass cases full of jars and you see the beauty of the Alien OG and how it glows from being so green and you see all of the characteristics. I grow a strain called Grape Crush, it is absolutely the most beautiful purple pot you have ever seen in your life. In Colorado Springs when we put it on our shelves, it usually lasts for an hour or a couple of hours,” mused Wenger. “Here in Nevada you only get to see about a gram and that has no influence whatsoever. I believe what is happening is patients are sitting in front of big-screen TVs looking at the menus and the high THC is the only thing making things stand out when they are reviewing all of their choices.”

“I am not saying it’s wrong,” continued Wenger who has two CBD-dominant strains, Medical Mass and ACDC, out of the 14 strains he is cultivating, “it’s probably the best way to go especially in a medical environment where we really need to keep things hermetically sealed, but it’s just not what the industry is used to. Even buying weed on the black market, you look in the sack and see what you are getting. Seeing one gram that a dozen people have shaken, where most of the trichomes have fallen off, and all of the things that make up a really good-looking purchase are gone.”

Carpenter concurs, noting that patient demand in Nevada is much different than what is happening at Tryke’s Arizona dispensary. “It really seems to be a Nevada thing. I hate to pigeonhole Nevada, but in Arizona we had all walks of life coming in, there’s the people who just want to get high and then there’s a huge population of people who want medicine and they want medicine with a therapeutic effect,” said Carpenter, who is currently growing 56 strains with four of them CBD-dominant and currently on the hunt for more. “It’s totally different to what we are accustomed to; it’s not a bad thing, it’s just educating the patients and some of the providers too.”

Highland Medical’s Rick Turner, too, believes it’s a matter of patient education. “People have just simplified everything by going with the old historical buzzwords and the myth that marijuana is simply THC, but it’s not.

“THC is just one of the compounds and not any more important than the other compounds. When you are just looking at THC with the equivalent of a smattering of CBD, you don’t have a menu at all -- it’s a buffet that only has meat.”

THE REST OF THE BUFFET
Not to say THC isn’t important. It’s one of at least 85 cannabinoid compounds in cannabis, many of which have documented medical value, that make up the rest of the buffet to create cannabis’ entourage effect.

“The compounds can do more together than they can do individually. They complement and enhance each other and have an effect that is more and different than the effects of each of the individual compounds by themselves. So that’s what we are looking for,” Turner explained, who is the master grower at Highland Medical, a Las Vegas cultivation focused solely on medicinal products that all have some degree of THC:CBD balance. “There’s a synergy that occurs when there is a balance of THC and CBD. We are looking for that balance and, as a patient with my own personal experience having tried a lot of this, there is a definite difference in the product that is balanced to some degree and the product that is heavily loaded on one end.”

Carpenter agreed. “A lot of experienced growers and people in the industry know that the concentration of THC isn’t necessarily a sign of quality or medication. People who like the real high THC are looking to extract it or just looking to get extremely high, they are not looking for the synergistic effects of the terpenes, it’s just a number,” he relayed. “There’s a synergistic effect of the THC with the various terpenes and CBDs and the biosynthetic pathways of cannabinoids and terpenoids.”

Wenger acknowledges the entourage effect too. “It’s not that I am against THC, but there is more than one cannabinoid -- it’s not just THC, it’s not just CBD. There’s 85 of them and each one creates a leg of the entourage. It is amazing how many different things it can address. I believe in what’s real and I have seen the real effects of these cannabinoids when they are working in unison.”

WHERE DO WE GO FROM HERE?

Turner looks forward to the day when state regulations require laboratories to list all of cannabis’ compounds. “Right now the state just quantifies THC, CBD and CGN during lab testing. I would like for patients to be able to see a whole bunch of other compounds listed on their medicine because we have found the benefits of those compounds and now we can seek out focused product for our specific needs,” he noted.

But before more disclosure happens on labeling, all agree that putting the onus on patients to educate themselves on which cannabis compounds work best for their disease or condition will need to happen. Not only will patients better understand how their medicine works but it may be the only way to create a demand for CBD.

“It really comes down to patient education, understanding what the medication is used for and educating the distributors in what they are trying to sell, not everyone is looking for THC,” concluded Tryke’s Carpenter. “We have real patients who want real medicine and CBD is absolutely that.”