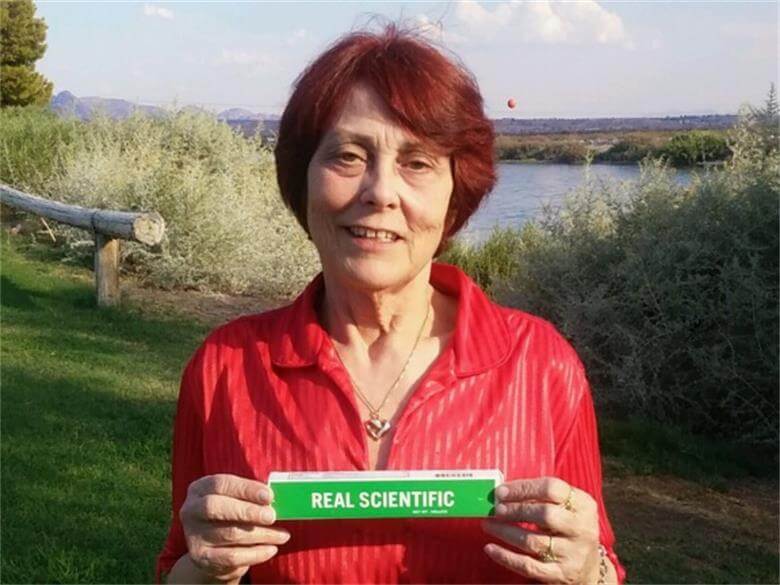 In December 2015 Vivian Stagg experienced approximately 15 seizures. Although they had gotten more frequent over the years it wasn’t anything new for the 61-year-old bus driver from Bullhead City, Arizona. She had been having seizures for 30 years resulting from a car accident in 1988 and was finally diagnosed with complex seizure disorder in 1995. It was at that point that her doctors started her on medication and to her “it seemed like it was a guessing game. Let’s try this and let’s try that medication. They wanted to do testing and there is always a different kind of test. It might work a little while and then all of sudden the seizures start getting worse,” Stagg explains.

Stagg’s seizures had become so severe and frequent she was considering brain surgery. “I was really desperate; my life was so far down. My doctor wanted to do brain surgery. The medications were causing a lot of side effects, a lot of depression. I couldn’t even be alone anymore, I couldn’t take showers alone. When I was alone I couldn’t do anything, I pretty much had to stay in bed. If my husband wasn’t home, he didn’t even want me going outside,” Stagg explains. “My personality was gone, I just wasn’t myself. I was so desperate that I was considering the brain surgery but my husband was like no way.”

According to Stagg, the brain surgery held no promise and would require her to have eight holes drilled into her skull for inserting wires during the procedure. Stagg’s husband was so adamantly against brain surgery he insisted she get her daughter’s opinion before making a decision. Stagg took her husband’s advice and went to see her daughter, Rachel Spears, that year for Christmas and told her about the potential brain surgery.

During that same December ’15 conversation, Stagg also mentioned to her daughter that she “had been hearing a lot of things about hemp meds and Charlotte’s Web but the thing was it was all about children, they said nothing about adults.” Stagg had tried to investigate whether Charlotte’s Web or CBD was an effective treatment for adults, but her computer research skills weren’t savvy enough for her to find an answer. Spears immediately jumped on the computer saying, ‘Mom, no way are you going to let them experiment on your brain,’ recounts Stagg.

Spears found a hemp CBD oil called Cibdex and “just ordered it, no questions,” recalls Stagg, who was excited but scared. “As a youngster, I had tried marijuana. I wasn’t real thrilled with it. I tried it a couple of times, it just wasn’t for me. I never got into it. So now I am 60 and all of these things are going through my head...I am considering brain surgery, and thinking what do I have to lose by trying marijuana.”

Her order of Cibdex, which is made with 15.625 milligrams of hemp oil tincture from hemp cultivars with high amounts of industrial CBD, arrived within two days. Stagg relays that she “was scared, excited, anxious, but my daughter was like let’s do this, and boom boom, we pumped it in my mouth, and off shopping we went.”

Stagg did experience a seizure that day but it was different from the ones she had been experiencing. “This time I was responding,” she explains. “Normally when I experience a seizure it’s like shutting off a light switch, there’s nothing there, nothing happens. I can’t hear anything, I can’t respond, I wake up totally confused, dazed, and unsure of even who I am sometimes.”

This time she was totally aware of the fact that she had experienced a seizure. “My daughter was like, ‘Mom, you could even hear me.’ I couldn’t speak, but I was nodding my head in the affirmative and acknowledging that I could hear her. I stood there. I didn’t lose my muscles or anything, I stood there just staring and nodding my head. It was only a couple of minutes. I was still not confused, not dazed.”

Stagg explains that after a seizure “normally the first thing I do is just go to bed because it takes so much out of me and I need to sleep the rest of the day.” But in spite of having a seizure, Stagg and her daughter continued shopping and then went on to dinner. “Usually I have a total loss of appetite, I won’t eat anything and we went to dinner that night. It was like a total difference within one dose,” she recalls.

Stagg, who had been carefully calendaring her seizures, notes she reduced her seizures from 12 to 15 in December 2015 to between three and four by February 2016. With these results, Stagg decided against having brain surgery and instead says, “I want to scream from the mountaintops that this really works and I absolutely believe in it,” adding, “I don’t get high, I don’t get loaded. It’s a CBD oil, it has nothing to do with smoking or getting loaded. It’s a medication.”

Spears was so pleased by the effectiveness of Cibdex’s hemp CBD oil, she convinced her mom to try a purer form of CBD with the hope it would eliminate her seizures completely. Spears had been reading about Real Scientific Hemp Oil (RSHO), a pure non-GMO hemp oil, unmodified and sourced straight from a hemp plant. “My daughter wanted to try Real Scientific. The Cibdex had other oils included in it, where the Real Scientific is a paste and it is a more pure product. She’s been wanting me to try it for quite some time because it has a higher concentrate of CBD but I’m not like that,” explains Stagg, adding that she believes, “if it works, why mess with it.”

Last summer Stagg went to her daughter’s house for a week so they could make the switch to RHSO. “I wanted to be at her house when we made the changeover so I could be with her and we could get the new one regulated and figure out what was going to work best for me,” offers Stagg, who reports she is “doing so well on it, I just can’t believe how good it is.”

Since the medication change, Stagg has been seizure-free and has now started cutting back on pharmaceuticals prescribed by her physician. “I have weaned myself down and honestly want to wean myself down more but I’m afraid to. The thing is with these pharmaceuticals you can’t just quit taking them, you have to wean them. You can’t just quit taking these medications because they are psych medications, they are medications that mess with your brain waves and brain function,” notes Stagg.

In addition to cutting back on the prescription drugs she’s been taking, Stagg also wants to become an advocate. “I can’t wait to go to Washington to tell my story. That’s my goal, I would really like to go and speak to Congress. The states are coming along but, honestly, the federal government hasn’t come that far yet. I would like to be one of those people who goes to the government and says this has made a difference in my life,” says Stagg, adding, “I have a story that really needs to be told.”