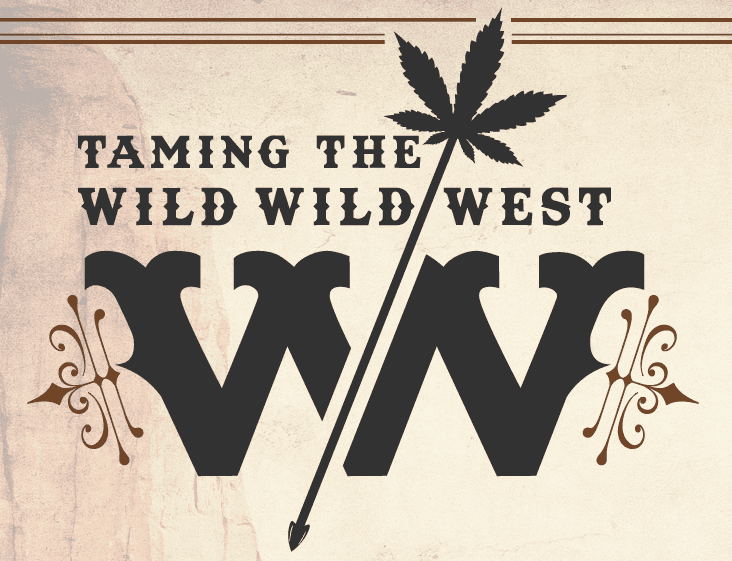 WITH COLORADO AS A GUIDE, NEVADA EXPLORES THE NEW FRONTIER OF CANNABIS

WITH COLORADO AS A GUIDE, NEVADA EXPLORES THE NEW FRONTIER OF CANNABIS

Many times the states serve as laboratories for new programs and ideas. They are the pioneers of new industries, undergoing trial and error to see what works and what doesn’t before they are instituted on a massive federal level. There are 25 such laboratories in the United States incubating their own fledging medical marijuana programs. Colorado, one of four states with both medical and adult use marijuana programs, is one of the states with the most experience shaping a regulatory framework for cannabis. In late June, a contingent of Nevada legislators, state officials, and industry experts traveled to Colorado to find out what lessons their counterparts had learned over the last few years as they explored and navigated the wild west of cannabis.

“Colorado went through many growing pains with respect to their medical and retail marijuana programs,” offered Joe Pollock, Deputy Administrator of Regulatory and Planning Services for the Nevada Division of Public and Behavioral Health, which administers Nevada’s medical marijuana program. “Open communication with our counterparts in Colorado will provide invaluable insight which will expedite Nevada’s ability to implement a safe and successful marijuana program for its citizens and visitors.”

Meetings during the two-day trip to Denver included discussions with representatives of the Colorado Department of Public Health & Environment as well as the Colorado Division of Revenue to address marijuana industry do's and don't's, the tax structure of medical versus adult use, economic impact, public health and safety costs and best practices as well as DUI laws.

“In some respects, Nevada has already found a more successful way to implement its marijuana industry. However, we would be remiss if we did not take the time to look at Colorado’s successes and failures so that we can adopt what they did right and avoid their missteps,” said attorney Riana Durrett, who is Executive Director of the Nevada Dispensary Association, and made the trip to Denver.

One of Colorado’s biggest challenges has been with edibles. Cannabis-infused food has caused officials in Colorado quite a bit of grief due to lack of education surrounding overconsumption and their popularity with novices. According to Marijuana Policy Group, in Colorado edibles are responsible for 15 percent of adult use sales and make up about 6 percent of medical sales.

“The state had no regulations on serving sizes for edibles and as a result had products that had an extremely high amount of THC,” explained Nevada Assemblyman Derek Armstrong, chairman of Assembly Taxation.

To fix the situation and implement better patient safety measures, “Colorado has created a serving size and now requires that edibles be sold in separate servings, giving patients the ability to know how much THC they will be consuming,” said Assemblyman Armstrong.

With this in mind, the Nevada contingent believes getting ahead of the edible situation before it becomes a problem is the best route for the state to take. “It is much better for the industry to self-regulate edibles and serving sizes than to have individuals over-consume and then the government have to impose strict limitations,” offered attorney Amanda Connor of Connor & Connor. “If the industry works within the regulations and works with the government, a safe and effective market will develop which will generate revenue for Nevada's education system.”

Another headache Colorado’s legislators have endured involves regulating the state’s caregivers. Colorado allows caregivers to grow marijuana for multiple patients with a limit of 99 plants per patient.

“Colorado’s caregiver rules have led to something they call a “gray market.” Caregivers can seek approval for up to 99 plants and are joining with other caregivers and operating in an unregulated system that is potentially dangerous for patients,” explained Assemblyman Armstrong. “Nevada needs to ensure that we do not create a gray market.”

Even though Nevada currently allows one patient per caregiver and limits cultivation of marijuana by a resident to 12 plants, Nevada officials are definitely cognizant of the issue and the unforeseen challenges it can present. “The increase in organized crime activity in Colorado is very concerning and seems to be directly attributed to the ability to obtain approval to grow 99 plants per patient (if prescribed by a physician). Law enforcement officials are having a hard time differentiating legitimate growers and those immersed in illegal activity,” said Pollock.

“The Colorado representatives cautioned against allowing for an unregulated caregiver market. Fortunately, I think Nevada is ahead of the curve on that one because our limit on possession of plants is lower than Colorado's,” said Durrett.

There is also the issue of the caregivers’ plants not being lab tested. “Colorado has an extensive caregiver market that serves many patients but is not regulated or tested product. I would highly recommend that all product, especially medical product, be tested to ensure it is safe for patient consumption,” said Connor.

The state of Colorado has used the additional revenue from cannabis to fund statewide educational programs. “I was very impressed with the fact that Colorado is putting the already-mandated tax revenue into use to improve public awareness and drug treatment. The tax revenue is already mandated in the ballot initiative itself so no tax increases are required,” said Durrett. “Colorado appears to be taking this opportunity to improve public education, public awareness, and drug treatment programs in a manner that goes above and beyond the impacts of marijuana legalization by using the windfall of taxes to improve problems that existed long before marijuana legalization.”

One educational program funded with Colorado’s cannabis tax money is called the Marijuana Education Initiative, which teaches teens about the effects of cannabis on the brain so they can make more informed choices. According to its website, the Marijuana Education Initiative was established as a progressive, research-based prevention and intervention program that provides curricula and services to promote an informed understanding of the impact of youth and adolescent marijuana use.

Agreeing that there is plenty to learn from Colorado’s educational initiatives, Assemblyman Armstrong referenced another program the state has implemented that he thinks has merit. “One idea is to start an education campaign as soon as possible such as Colorado’s 'Good to Know' campaign," which can be found at goodtoknowcolorado.com. Implemented by the Colorado Department of Public Health and Environment, it offers information on topics that include health basics, marijuana 101, tourist information, pregnant and breastfeeding mothers, and safety tips.

State employees in charge of implementing cannabis programs for Nevada are already on board. “Should Question 2 pass, the Division of Public and Behavioral Health will look to mimic Colorado’s public outreach programs to include education on safe marijuana use, education of Nevada’s youth to the dangers of marijuana and how it effects brain development, and a program to address marijuana addiction,” offered Pollock.

“Nevada needs to get prepared because implementing an entirely new industry is not something that happens on its own. The industry and governmental officials need to communicate and decide early how taxes will be collected, how public health can be improved by the increased tax revenue, and how to maintain public safety,” concluded Durrett.