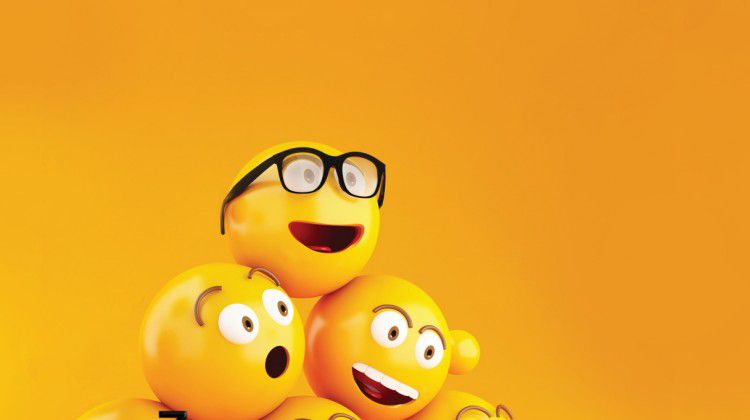 Snake oil salesmen used to roam the country selling concoctions of who knows what with the pitch, “It’ll cure whatever ails ya.” The same could be said of marijuana before categories and terpene profiles arrived.

Anecdotal and scientific evidence streaming in have shown that certain strains of cannabis can indeed help with specific ailments or needs. This new science, still in its infancy, shows strains of cannabis contain distinctly different cannabinoid and terpene profiles that combat everyday maladies as well as life-threatening illness.

Advancements in cultivation and changes in testing procedures have created soaring terpene and tetrahydrocannabinol (THC) percentages. Additional terpenes and cannabinoids can be added to concentrates for more dramatic effects. Growing techniques are crucial to testing outcomes, but the process begins with the selection of the seed of the strain itself.

Nevadans have the advantage of lab-tested cannabis and with that edge comes a detailed terpene and cannabinoid profile that shows content percentages: THC
in percentages and terpenes in milligrams. The results aren’t exact as batches of cannabis can vary slightly and tests aren’t always accurate. Tests supply the guidance necessary to take out much of the guesswork of picking strains for specific purposes as each batch comes with a certificate of analysis.

The onset of strain analysis started with two basic categories (indica and sativa) that created a third in hybrids, with myriad choices to crossbreed plants. The coolest part is there is little harm in trying things, with the exception of giving anxiety patients an accelerant.

The star power for most cannabis smokers is THC count, while most purists and growers point to the terpene profile as more of a healing guide. If the terpene count, measured in miniscule amounts, doesn’t contain a decent quantity of the terpene that synergistically supports the goal, then why smoke it? The novice smoker believes that THC is the key and, yet, it would be a challenge to taste test the difference between 22 and 26 percent THC. The new goal should be terpene stats. All plants have THC so if more THC is necessary, then smoke two joints instead of one.

THC percentages have soared, but sometimes testing procedures are altered to create a higher number. After all, THC count dictates the price a dispensary can get for flower. In the past decade, THC percentages have soared over 20 percent to reach as high as 36 percent. Many growers, including Serenity Wellness’s Don Decatur, doubt their authenticity, adding the methods change from lab to lab. There are 11 licensed labs in Nevada.

“The CBD number or the amount of terpenes didn’t matter to most and pricing was dictated by the THC number more than anything else, and still is,” Decatur says.

While THC is plentiful in flower, terpenes not so much. If the profile is weak on terpenes, pain relief and nausea that rely on THC will still be effective. Terpenes, however, have been found to be the driving healing force in many strains. Pink Frost, for instance, has a THC count in the teens, but provides significant impact due to terpenes.

“Pink Frost is one of the best overall strains we have,” says Matthew Gardner, VP at Shango, “it is a gentle, smooth hybrid with myrcene dominating the terpene profile along with notable amounts of linalool and a dash of limonene. This frosty blend, like others with THC between 15 and 20 percent, is sold at a reasonable price and proves sledgehammers aren’t always necessary.”

Sativa vs. the World

One Internet description of a sativa claims: “This mighty sativa delivers upbeat effects while relaxing the mind and melting away stress.”

Funny, that doesn’t sound like a mighty sativa. How can it be both?

In a general sense, pure sativas have an energetic, uplifting effect, yet each strain can vary based on the dominant terpenes in each. The old axiom was more than .05 milligrams per gram of myrcene means it came from an indica or an indica-dominant hybrid. Now there are sativas with high myrcene counts over 2.0.

Sativa and indica were divided into whether a plant is an accelerant or provides a calming nature. Myrcene for indica strains and limonene for sativas are the driving forces for those results. Myrcene provides tranquility, helps alleviate stress, aids with sleep and provides pain relief, all very similar traits to an indica. Limonene, a source of near-endless energy, matches well with sativas, which bring energy, creativity and focus.

The differentiation of sativa versus indica resulted because both plants differ structurally. “People need to stop categorizing strains in that way only,” Gardner admonishes.

With generations of crossbreeding and male-female separation, old strains exist in name only. These are popular sellers:

OG Kush: A venerable strain found on the West Coast that is the genetic parent of many since, the strain helps with stress, migraines and, most certainly, anxiety.

Durban Poison: Originally from the coast of South Africa, this strain remains in name only. Mentioned in the Humble Pie song “30 Days in the Hole,” this strain is worldly in popularity with high THC and terpene percentages wherever it may hail from now.

Sour Diesel: A sativa-dominant strain that can stimulate the body, relax the mind, and help with stress and anxiety while staying active.

Jack Herer: This award-winner from the Netherlands is a global favorite with a sativa-dominated, cerebral high and powerful healing capabilities. Jack Herer is said to enhance creativity, along with Chemdawg, Jilly Bean, Purple and all orange strains.

Blue Dream: One of the world’s most popular strains, the sativa-based hybrid comes from California and is found in many Nevada dispensaries. With genetics of Sativa Haze and Indica Blueberry, Blue Dream is a good place for beginners to gauge whether they like the euphoric high from myrcene, pinene and caryophyllene along with a little spring in their step. With its wide profile, availability and big yields, this may be the state’s best seller. Which is a bonus since, according to Decatur, “Blue Dream has great medicinal properties.”

Although the following strains aren’t quite as popular, they do have beneficial attributes.

Cherry Pie: The offspring of the venerable strain Granddaddy Purple (GDP) and Durban Poison, Cherry Pie enhances appetite with a fruity flavor and the stress relief of GDP.

Bruce Banner: Harnessing the punch of the Incredible Hulk with a powerful THC explosion for a daytime buzz that comes with pain relief, Bruce Banner’s genetics are OG Kush and Strawberry Diesel.

Gorilla Glue: With four strains of its own, descending from Chocolate Diesel and Sour Dubb, that are hard-hitting indicas and Cannabis Cup Award winners.

What’s in a Name?

Where have you gone Acapulco Gold, Panama Red and Durban Poison?

Decatur warns that many of the old favorites appear now in name only. “It’s not true Durban Poison -- that’s been gone for many years,” he reports. “Unless you are a world traveler, you’d have to be an old-timer with a vast collection of seeds.”

Acapulco Gold is a dominant sativa and, yet, its profile is myrcene, pinene and caryophyllene. Panama Red is a straight indica and has a sedative effect. Both are not from their native lands.

“They are not sought by breeders because they
are so unstable,” Decatur warns of indigenous plants. “If they didn’t produce seeds on their own, they would be extinct.”

And what if the name doesn’t sell? “Some dispensaries are changing the names to whatever they want if it’s not selling,” Decatur explains.

elevate backs up his claim through multiple sources, which makes expanding the profile more important.

Know More than Your Budtender

“The hippies came up with the most popular varieties, now we can advance it so much faster,” Decatur says, adding that he’s been approached by companies seeking certain profiles for concentrates.

The state of Nevada tests for 11 terpenes, but there are three key terpenes not on the list: Valencene, Eucalyptol and Citral.

Valencene, present in Valencia oranges, contributes to a plant’s citrus aroma and is found in all orange strains. Valencene could be the most dominant terpene in a profile, according to Decatur.

Eucalyptol isn’t a common terpene but can be found in small amounts in Super Silver Haze and is good for treating sinus problems. Citral is the scent used in cleaning agents but also is found in citrus strains.

“Citral increases the effect of myrcene by ten times and labs don’t test for that,” offers Decatur. “Several cannabinoids aren’t being quantified in
these results, either. Hopefully, they will start testing for those.”

Remember, this is just a sampling. The strain just has to be grown here and there are no restrictions as to what can be grown as long as it’s tested. If a favorite healing strain isn’t listed, then keep it a secret. Shhhhhhh!

Look at menus online as well as to Weedmaps, Leafly or others for descriptions. Some dispensaries are more secretive than others about terpene percentages and stats often have to be requested. Recently, there have been labels seen with only the top two terpenes listed. If those two are both under 2.0, the strain is weak and should be turned into vape cartridges or used for edibles.

The Future is Now

Decatur and others are devising delivery systems such as drinks and tinctures with combinations of terpenes, THC, and/or CBD for ailments and weight loss. Forget having to find a strain with an abundance of humulene when it’s in a bottle, can or vape pen.

Decatur is producing terpene water and vape pens without cannabinoids for specific uses that include pain, energy stimulation, relaxation, and bliss for a new company, City Trees, a subsidiary of Serenity Wellness. “It’s botanically derived, non-GMO, organically produced, 100 percent from non-cannabis plants,” he reveals to elevate.

Gardner says Shango is mixing terpenes with cannabinoids in new cartridge varieties and others are following suit.

Former NFL player and cannabis advocate Kyle Turley has produced a hemp product with CBD and a proprietary mix of terpenes called Neuro Armour that is legal across the United States (see page 10 for full story). He uses the same formula with a range of delivery systems that is promising in the area of treating CTE and PTSD.

These innovative products from City Trees and Neuro Armour provide new options for solutions to old problems. “The intricacies of cannabis go deep,” Decatur concludes. “If you are not learning every day, you are falling behind.”