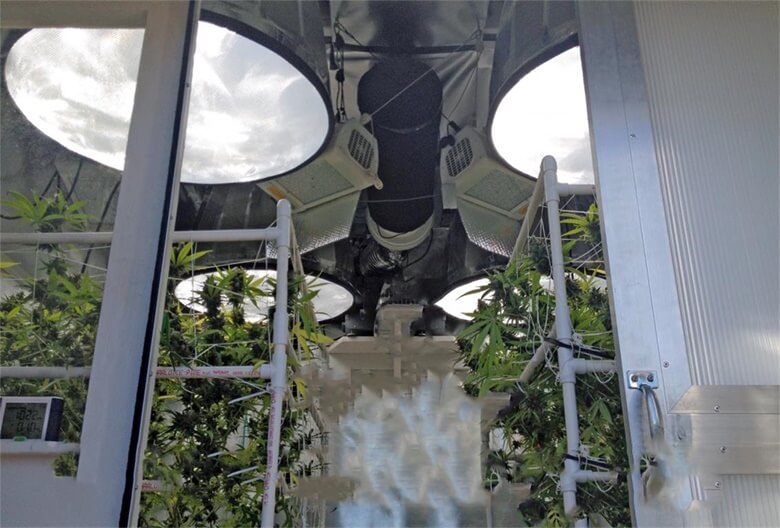 The Best of Both Worlds: Daylighting and Neuroscience in Cannabis

The Best of Both Worlds: Daylighting and Neuroscience in Cannabis

Growers Network interviewed Dr. Jonathan Cachat of Sungrown Zero about the Solatube and daylighting technology as well as his background in neuroscience.

Growers Network interviewed Dr. Jonathan Cachat of Sungrown Zero about the Solatube and daylighting technology as well as his background in neuroscience.

Daylighting: What is daylighting, and how does it work?

Daylighting is the technology of bringing sunlight into whatever spaces you want it. For Sungrown Zero, we’re talking about Solatubes. We’ve been trying to reproduce the sun’s spectrum indoors with artificial lights, why not just let in that sunlight instead?

Solatubes are designed to preserve as much of the visible spectrum as possible, while blocking out or reflecting UV and IR light. You can bring the full PAR spectrum from the sun into your grow, without all of the other consequences associated with greenhouses.

Why would you use daylighting over a greenhouse?

That’s a great question. If you want to reduce your electricity usage, why not just leap straight into a greenhouse, right? Let me provide with a shocking statistic: On average, 60 percent of the product grown in Canadian greenhouses has to be destroyed because it fails to pass lab testing standards. That’s millions of dollars in product loss because these greenhouses are unable to properly control their climate. That’s where daylighting can really step in. You get the best of both worlds because you can have the environmental controls of an indoor grow with the lighting inputs of a greenhouse.

What percentage of visible light is getting into room from these tubes?

When Sungrown Zero tested the Solatube’s PAR values, we found that there was approximately a 75 percent transference of light intensity from the inside compared to the outside. And the spectrum is completely in the PAR range. Of course, the light intensity depends on your geographic location, time of year, the weather, and the layout of your roof, in addition to a variety of other factors. The bulk of my work at Sungrown Zero is not the installation of the tubes themselves; rather, I work to achieve the best setup for our clients.

Neurology and Pharmacology: Tell me about your background in the science of cannabis.

I went to graduate school at Tulane and worked on a Ph.D. in psychopharmacology there. As part of my graduate work, I signed up for and received a DEA license to access and research Schedule 1-4 drugs. I was able to order a large swathe of prohibited substances, including LSD, MDMA, cocaine, heroin, and more for research purposes.

Sadly, our research had very little data from using the limited amount of cannabis oil we were given for the study, so we couldn’t draw any meaningful conclusions from it. Looking back at it now, I realize that the fish we injected with cannabis oil were stoned; they just sat on the bottom of the tank and barely moved.

How does the DEA treat cannabis compared to other drugs?

During the course of my work with the zebrafish, I came to realize that the DEA treats cannabis very differently from other Schedule 1 drugs. I had no problem ordering most Schedule 1 drugs but when I ordered cannabis, I got one hell of a runaround. It took them nearly six months to get back to us with a small 20-40 mg vial of what was essentially crystallized cannabis oil suspended in 99 percent alcohol. The vial came with a handwritten note expressing that we were not authorized to study the effects of cannabis by itself and had to administer it in conjunction with the alcohol that was suspending it. That’s not real science--real science isolates all variables possible. Essentially, the DEA told us that we couldn’t actually research the cannabis.

What research do you think needs to be done for the neuroscience of cannabis?

To answer the first question, humans have lived for millennia alongside cannabis and cannabis products. You don’t really need to conduct a study to prove that it is safe, just look at the history of it.

To answer the second question of effectiveness, you can also look at the historical literature surrounding cannabis’ medicinal value. From ancient China all the way up until prohibition, people were using cannabis to treat a variety of ailments. Even into the late 19th century and early 20th century, most doctors and medics saw cannabis as having medicinal value.

What do you think of the current state of cannabis research?

The majority of research available today is negative about cannabis. If you do a quick survey of the research papers on cannabis, over two-thirds of the research focuses on the harms of cannabis. That’s not because cannabis is actually harmful, but because scientists need to get funded, and the people granting the funding have a vested interest in portraying cannabis in a negative light.

Additionally, most research that isn’t explicitly negative has largely focused on THC and CBD. We know that there are hundreds of cannabinoids, so we’re literally only looking at the tip of the iceberg when it comes to the neuroscience behind those cannabinoids.

This article has been paraphrased with permission from Growers Network.

Want to read more? Head on over to Growers Network to read the full article.

A battle of the lights: HPS versus ...

Growing your own cannabis on a budg ...