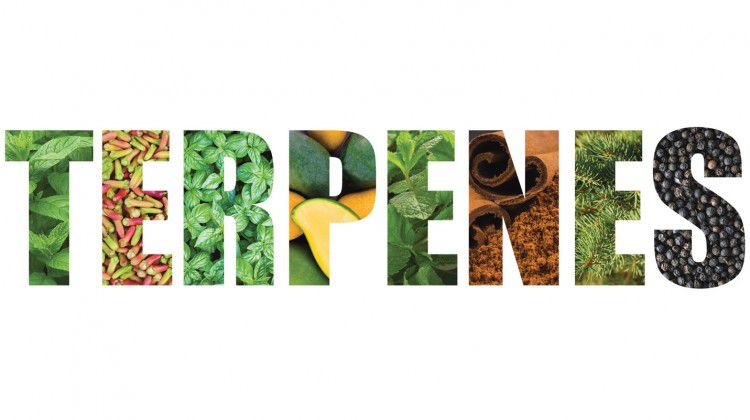 THE ENES AND OLS

THE ENES AND OLS

There are approximately 140 terpenes intermingling in cannabis strains that have attributes similar to aromatherapy. Here are the most popular.

Myrcene (mer-seen) is the most prevalent terpene of all and is found in the most helpful varieties of cannabis, sometimes in high amounts, serving as a sedative or muscle relaxer.

Smells of: earthy, clove or musky aroma with a splash of citrus

Limonene is often used in ointments and medicinal creams to help penetrate the skin more effectively. Found in strains with a pronounced energizing effect, Limonene can elevate mood and provide stress relief.

Beta-Caryophyllene is the only terpene known to interact with the body's endocannabinoid system (CB2).

Pinene is used as an antiseptic. Alpha-pinene and beta-pinene are common contributors to profiles that can help with alertness, memory retention, and counteracting some THC effects.

Linalool has sedative properties that can offer relief from anxiety and stress.

Smells of: floral with spicy overtones

Humulene is known to suppress hunger and act as an appetite suppressant.

Smells of: earthy, woody aroma with a spicy scent or hoppy aroma

Borneol, most commonly used as a calming sedative, combats fatigue, stress and illness.