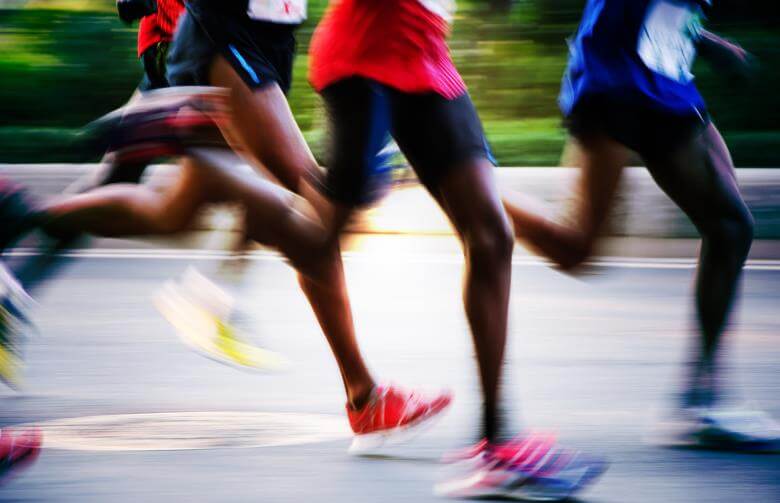 The impact of marijuana on the fitness lifestyle

The impact of marijuana on the fitness lifestyle

The Upside of Incorporating Cannabis into your Fitness Routine

The Upside of Incorporating Cannabis into your Fitness Routine

As portrayed by Cheech and Chong and countless other stoner characters on the big screen,

marijuana users are often depicted as lazy and unmotivated with a less than favorable reputation for promoting fitness or exercise. This may soon be a thing of the past as legalization efforts spread and little by little misconceptions surrounding marijuanaare being corrected. An ever-growing number of athletes and exercise experts are looking to marijuana as an essential asset to the promotion of fitness and wellness.

Cannabis and fitness have a long history together. “Yoga and cannabis have gone together for as long as yoga and cannabis have been around,” says Bloom Farms founder Michael Ray. In fact, when sacred Hindu texts and yoga sutras mention a joyful “herb,” dedicated yoga practitioners suggest it’s actually cannabis.

In marijuana legal states, there are plenty of exercise related endeavors that incorporate cannabis. Yoga classes have popped up that are specifically designed to incorporate marijuana, such as Ganja Yoga in San Francisco. Ski promoter Jim McAlpine launched the 420 Games, also in San Francisco, to promote healthy marijuana use while exercising. A cannabis gym, Power Plant Fitness, opened earlier this year in California where members are encouraged to use marijuana to fuel their workout and help raise their heart rates.

Toking your Workout to the Next Level

Cannabis is known to alleviate pain, decrease nausea, and improve mood. Therefore, it shouldn’t be surprising to find marijuana being used by both recreational and hardcore athletes. These individuals face multi-hour grueling training regimens on a constant basis and have found that the use of marijuana aids in a much quicker recovery from daily workouts.

According to research, when marijuana enters the body a peak concentration of cannabinoids occurs within three to eight minutes after inhalation and 60-90 minutes after consuming an edible. The neural effects begin after 20 minutes and maximizes within a range of two to four hours, as noted in a study by J.P. Hartley, S.G. Nogrady, and A. Seaton in the British Journal of Clinical Pharmacology.

For many avid exercisers, cannabis offers a variety of benefits. Studies suggest marijuana can improve vision and concentration, help athletes with traumatic experiences, reduce muscle spasms, and aid in pain relief. Cannabis can increase impulsive responses, leading to more risk-taking behavior that can be beneficial in competitions.

Long-distance runners use it before races and yogis like it for getting into a deeper stretch. “It gives them mental clarity, they see pain relief,” explains Charles Blackton, creator of Super Lemon Haze, a potent strain of lemon-flavored marijuana known for its use by athletes.

For example, an endurance athlete might benefit from the pain-numbing effects of marijuana to aid them in getting through a tough training session. A mixed martial artist might use THC for its mix of effects that include pain relief, creativity and ability to concentrate. A triathlete might employ marijuana to stay focused on heart rate or pace as well as maintain motivation throughout a four-hour bike ride.

San Millán, the director of sports performance at the University of Colorado, Boulder, suggests that marijuana can act as a great distraction and that often edibles or vaporizers help keep athletes in the zone.

One of the essential aspects of muscle growth is proper nutrition. You need a regular diet that complements your muscle building goals. If you need to gain weight and have trouble building an appetite, marijuana may help with that goal. Using marijuana can also help to calm down and relax after stressful workouts. It can also induce deep sleep that is essential to restore muscle and help them grow.

Studies have shown that cannabis use stimulates appetite. This is caused by THC, or tetrahydrocannabinol which is the psychoactive compound in cannabis. As any competitive athlete will tell you, in order to get stronger and recover faster, your body requires a lot of calories. Using marijuana can encourage appetite and keeping up with the amount of food your body requires for a strenuous workout regimen.

One of the trends in distance-running has been to incorporate cannabis. For example, ultra runners like Jenn Shelton and Avery Collins have performed under the influence of marijuana. Also, Chris Barnicle, a former professional runner, often calls himself the “world’s fastest stoner” on Twitter.

Tyler Hurst is a runner and cannabis enthusiast from Portland who has been using cannabis regularly. “It’s pretty great to run through a field, across a bridge, in a forest, or up a mountain, while being hyper-aware of your environment,” Hurst says. In addition, cannabis helps relax his muscles when they become fatigued. This makes it easier to stretch and foam roll after each race. “I’ve recovered faster in the past year than I ever have before, all while running longer and eating the same.”

Emily Willson is a marketing specialist at Essence Cannabis Dispensary with a primary focus on development and implementation of marketing ideas in the categories of medical and recreational cannabis.