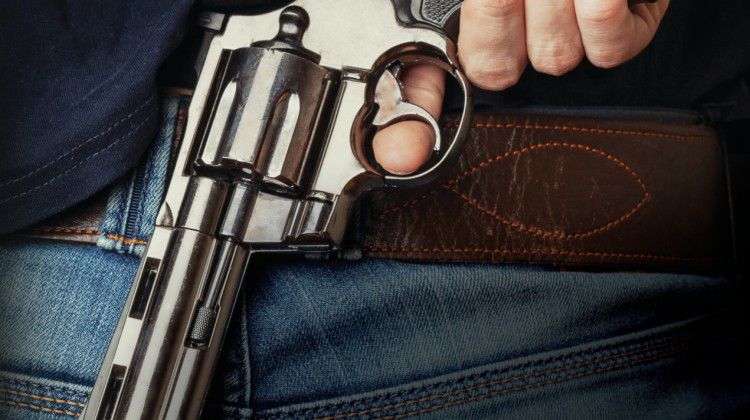 A significant portion of my law practice is dedicated to providing clients with legal advice regarding Nevada’s complex marijuana laws and regulations. One issue that frequently comes up involves the relationship between marijuana, firearms, and the Second Amendment.

Our right to possess firearms is protected by the Second Amendment to the U.S. Constitution, which states: A well-regulated militia, being necessary to the security of a free state, the right of the people to keep and bear arms, shall not be infringed.

A mere 27 words long, this simple sentence has perhaps caused more controversy than any other in the entirety of constitutional jurisprudence. No matter where you fall in the firearms debate, the U.S. Supreme Court recently held that the Second Amendment does in fact guarantee the constitutional right of the individual to keep and bear arms, unconnected with service in the militia [see, District of Colombia v. Heller, 554 U.S. 570 (2008)]. Shortly thereafter, the court held that the individual right to bear arms is incorporated by the due process clause of the 14th Amendment and applies to the states [561 U.S. 742 (2010)]. Since Heller and its related cases, the Supreme Court has been relatively reluctant to take on new cases challenging local firearm laws, denying writs of certiorari in several cases.

he Federal Prohibition of Marijuana

While several states have relaxed their marijuana laws in recent years, federal law remains entrenched. Marijuana patients, business owners and recreational users must understand that pursuant to federal law it is illegal to cultivate, possess or distribute marijuana. The federal government does not recognize the medical use of marijuana nor does it recognize state laws legalizing recreational marijuana which are in direct contradiction of federal prohibition. Given that federal law trumps state law pursuant to the supremacy clause of the U.S. Constitution, federal authorities are under no obligation to recognize a medical marijuana patient card or any other state issued certification allowing the bearer to possess, distribute, or produce marijuana.

Firearms and Marijuana under Federal Law

It is uncontestable that 18 U.S.C § 922(g)(3) prohibits any person who is an “unlawful user of or addicted to” any controlled substance as defined by section 102 of the Controlled Substances Act (21 U.S.C. 802) from possessing firearms or ammunition. Quite simply, under federal law, marijuana users are not allowed to own or possess firearms or ammunition. Legally speaking, we need go no further than this. An attorney should advise their clients that they are federally prohibited from owning, transporting, or possessing firearms if they are a marijuana user, whether they have a state issued patient card or if they are in a state where marijuana has been legalized for adult use. Irrespective of the federal prohibition, some individuals are quite undeterred and will continue to use marijuana and firearms no matter what their government tells them.

Plaintiffs seeking to challenge the federal restriction on marijuana users have met with little success. In Wilson v. Holder, Judge Gloria Navarro of the Nevada District Court granted the government’s motion to dismiss a challenge to the federal restriction on firearm ownership by a Nevada medical marijuana patient. Also, United States v. Dugan held that 18 U.S.C § 922(g)(3) did not violate the defendant’s right to bear arms under the Second Amendment to the U.S. Constitution. Thus, until we have a change in the status of marijuana at a federal level, it appears unlikely that firearm owners who use marijuana will find relief in the federal court system.

Purchasing Firearms as a Marijuana User

Nevada recently mandated background checks for all firearm transfers in the state of Nevada, although enforcement has been delayed under the current Nevada Attorney General. When purchasing a firearm over the counter from a federally licensed dealer, buyers are required to fill out ATF Form 4473. Question “11(e)” of Form 4473 asks buyers whether they are “an unlawful user of, or addicted to, marijuana or any depressant, stimulant, narcotic drug, or any other controlled substance.” The form was updated to include the following language: “Warning: The use or possession of marijuana remains unlawful under Federal law regardless of whether it has been legalized or decriminalized for medicinal or recreational purposes in the state where you reside.” As stated in the Open Letter, the DOJ believes that patients must answer “yes” to the question and that failing to do so could result in a perjury conviction. Consequently, patients and recreational users who answer “no” to question 11e are taking a serious risk.

The penalties under federal law for crimes involving firearms and marijuana can be very severe. Pursuant to 18 U.S.C. § 924(c), if you are found to be in possession of a firearm during the commission of a drug trafficking offense, the mandatory minimum penalty for a basic offense is five years; if the firearm is a short-barreled shotgun or a semi-auto “assault weapon,” the penalty is ten years; if the firearm is equipped with a suppressor, the sentence is 30 years. In addition to the above, convictions of felony marijuana violations could result in the loss of voting rights and prohibition of future firearm ownership among others.

As a practical matter, most patients and recreational users are unlikely to come under federal scrutiny for marijuana possession. The federal authorities simply do not have the budget or the inclination to pursue low-level marijuana users. However, in a large western state like Nevada, where much of the land is held by the federal government, patients and recreational users are more likely to have interactions with federal law enforcement officers than in other states.

Surprisingly, Nevada state law is relatively silent on the issue of marijuana use and firearms. There is nothing in Nevada state law that would expressly prohibit a medical marijuana patient from owning or possessing a firearm. However, NRS 202.360, prohibits the ownership or possession of firearms by certain prohibited persons including convicted felons, fugitives from justice, or persons who are an unlawful user of, or addicted to, any controlled substance. Marijuana patients have relied on this language to argue that they are not “unlawful” users of marijuana under state law and should therefore be permitted to possess firearms under Nevada state law. It follows that recreational users should be given the same protection as their use of marijuana is no longer prohibited.

Use of a Firearm by an Intoxicated Person

It is basic gun safety that you should never be under the influence of any intoxicating substance while using a firearm. While it does not mention marijuana specifically, NRS 202.257 prohibits persons from being in “actual physical possession” of a firearm while under the influence of alcohol or controlled substances to such a degree that would render them incapable of safely exercising control of the firearm. Notably, the statute does not prohibit “the actual physical possession of a firearm by a person who was within their personal residence and had the firearm in his or her possession solely for self-defense.”

The most common query that comes up more than any other is: Can I get a concealed carry permit if I am a marijuana patient? Pursuant to NRS 202.3657, Nevada residents and non-residents may apply to the county sheriff for a permit to carry a concealed weapon. Nevada is what is commonly referred to as a “shall issue” state, meaning that once a person has demonstrated that they are otherwise qualified under the law, the sheriff must issue them a license to carry a concealed firearm. However, the sheriff must deny an application if it is demonstrated that the applicant has within the preceding five years “habitually used intoxicating liquor or a controlled substance to the extent that his or her normal faculties are impaired.” See, NRS 202.3657(4)(d). It is presumed that a person has so used intoxicating liquor or substances if during the preceding five years, the person has been convicted of driving under the influence or submitted to civil protective custody. Therefore, people whose faculties are not impaired should qualify for a concealed carry permit so long as they are not otherwise precluded. However, some marijuana patients have reported that local sheriffs have denied their concealed carry applications with the sheriffs arguing that the patients are “prohibited persons” under Nevada state law and due to the federal prohibition

of marijuana. Some counties (including Clark County) have even updated its conceal carry application forms to expressly state that marijuana patients do not qualify for conceal carry permits. The county does not provide their reasoning and it remains to be seen if such a denial would survive a legal challenge. It is also unclear how the sheriffs would have determined that the applicants have patient cards as the list of patients is supposed to be strictly confidential. Because there is no such list of recreational users, it is unlikely that recreational users would be flagged on a background check for a concealed carry permit.

Pursuant to federal law, marijuana users may not own or possess firearms or ammunition. Federal prohibition notwithstanding, because marijuana use is legal in Nevada, users cannot be considered “unlawful” under state law and should therefore be permitted to possess firearms without the fear of prosecution by state authorities. Although there have been many positive steps towards cannabis legalization in recent years, until there is a change in the scheduling of cannabis under the Controlled Substances Act, users who choose to possess firearms will continue to face legal risks and uncertainties.

Everything you need to know now tha ...