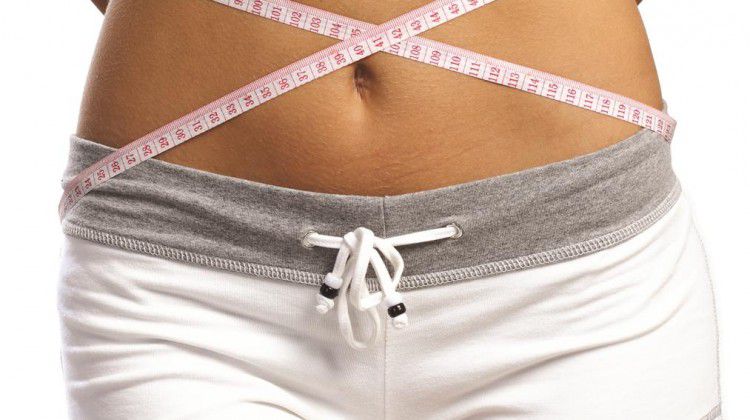 The weight is over...or is it?

The weight is over...or is it?

Although well-known for causing munchies, cannabis could offer a few secrets to taking off the lbs.

Although well-known for causing munchies, cannabis could offer a few secrets to taking off the lbs.

No, not the Oprah kind, the California variety. Eat ‘em, vape ‘em or smoke ‘em.

The latest weight loss craze has cannabis smokers ingesting strains that can block receptors from getting the munchies caused by the psycho-activity of THC. These strains have higher-than-normal levels of THC-V, a psychoactive cannabinoid, and/or humulene, the terpene with a matching profile of caryophyllene.

The strain that best fits the profile for weight loss is none other than Girl Scout Cookies with both key ingredients. Trust us, the irony isn’t lost here.

When someone overweight walks into a dispensary in 2017 in search of cookies, it isn’t sugar they’re after. Girl Scout Cookies, among other strains, has two fabled weight-loss aids. Is it the humulene or the THC-V they seek? Both, perhaps.

A decade ago, Dr. Oz touted Pu’er tea as a weight loss aid and Teavana ran out of their highest quality tea nationwide in a couple days after being bull-rushed by usually nonviolent women. Pu’er comes from plants in the highest regions of China and contains a heavy amount of caffeine compared to white teas. Pu’er has never been proven to be a strong weight loss candidate or it wouldn’t have gone the way of the dinosaur – to the boneyard of obscurity like hundreds of fads before it. Why? The caffeine may have been the weight-loss stimulant.

Wait until the secret of Girl Scout Cookies hits the airwaves. Will there be lines after this article?

Girl Scout Cookies has both a healthy supply of THC-V and the terpene humulene. If humulene leads to weight loss, and THC-V claims the same, then both in the same cannabis strain is the bomb. Girl Scout Cookies (GSC) and its many spinoffs originates from California. Durban Poison, known for high amounts of THC-V, has an African heritage.

For more than three years, THC-V has been touted as a possible weight-loss proponent and yet no products have appeared. While terpenes can be imported into the extraction room and added to vape pens and edibles, THC-V is a psychoactive cannabinoid that only can be extracted from cannabis and hemp. Because of the same reasons as THC, THC-V faces legal handcuffs at both state and federal levels. Not only is it illegal, THC-V is not cost-effective to process in large amounts. In cannabis profiles, the percentage of THC-V is less than one percent while its counterpart THC can reach or exceed 30 percent.

The relationship between THC and THC-V is obvious in the effects as well. Although both cannabinoids affect the same receptors, they do so in a different manner. THC-V is actually an antagonist for receptors.

THC-V is similar to THC in molecular structure but has a higher boiling point of 428°F (220°C). It can intensify the euphoria of the high, but with only about half the duration. THC-V is energetic, which could explain the energy gained from citrus strains. These strains should be avoided for those treating appetite loss or anorexia.

It has not been proven that THC-V may help with diabetes with no credible research to date. A future research question should be to study whether THC-V has the ability to regulate blood sugar levels and reduce insulin resistance. That study would have to take place in Canada or Israel because psychoactive compounds can’t be studied in the United States outside of a government grant.

THC-V is most abundant in sativas, particularly landrace strains from Africa with Durban Poison being one of the more common high-THC-V strains.

Humulene is one of the components of the essential oil from the flowering cone of the hops plant, humulus lupulus, from which it derives its name. Humulene gives many beers their “hoppy” aroma. Noble hop varieties have been found to have higher levels of humulene, while other bitter hop varieties contain low levels.

Humulene has been found in many aromatic plants on all continents, often together with its isomer -- caryophyllene. Humulene emitters in the atmosphere include pine trees, orange orchards, and tobacco and sunflower fields. Humulene is also found in Salvia officinalis, common sage and culinary sage. Caryophyllene has the characteristic aroma of cannabis sativa and is a known anti-inflammatory and carcinogen fighter.

Local grower Don Decatur of City Trees has turned mixologist. He sees a shift in cannabis demographics and is aiming products at women in a male-dominated consumer base.

“We’ve been seeing a lot of excitement with women and new products,” Decatur told elevate. He developed a 200-milligram disposable vape pen that is “like a slim cigarette and we offer it in a pink. Women who are recreational smokers are more curious. We want to appeal to them in a classy way.”

He’s not the only one mixing things up in Nevada, many medical marijuana establishments are mixing and matching terpenes and cannabinoids to create their own concoctions.

Decatur also has created terpene-only drinks called Energize, Bliss, Relax and Pain, each with terpenes matching the objective. His next offering? Humulene in a weight-loss drink, of course.

elevate wants answers. Will there be lines at the cookie counter? Will smoking or vaping GSC or Durban Poison drop some needed pounds or is this merely the latest in a sad line of fads, lies and health risks?

The synergistic qualities of strains are what make cannabis so dynamic. THC-V and humulene may be key ingredients to help lose weight. But the entourage effect may be in play again with the interaction of certain percentages of cannabinoids and terpenes creating the right absorption to control the desire to eat.

Unless they come out with thin mints…