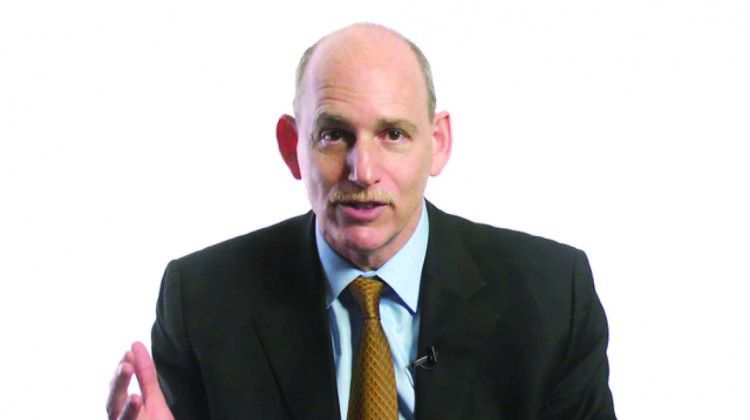 Usually, when a veteran fighter sees the battle turning his way, his confidence increases, his spirit lightens. But not Ethan Nadelmann. “My job is to be nervous, in part,” he says, “I think we really need to avoid feeling overconfident now.” Even with a turning tide of marijuana legalization, the founder and executive director of the Drug Policy Alliance knows that there is still a distance to go. “I continue to be invigorated both by the victories that we’re increasingly securing and by the remarkable people that are working to take charge of this movement,” he says, but “I continue to be outraged by the drug war injustices I see all the time.”

Nadelmann has fought for drug policy reform for decades, as an author, teacher and as head of the DPA. While they have led the fight for marijuana reform, it’s only part of the organization’s mission. “Marijuana is only a third of what we do,” he explains. “The second part is ending mass incarceration and the drug war component of that. The last third is about treating drug use and addiction as health issues, not criminal issues.”

The Drug Policy Alliance has always been a global organization—Nadelmann has spoken on issues everywhere from Mexico to the Netherlands. This year, he visited Europe to discuss drug policy and share ideas, but recently there has been something of a change in the tone. “I used to go there to understand how their harm-reduction policies operate. Now they’re inviting me over because they want to understand how could it be that America, the great drug warrior of the world, is leading the world in legalizing cannabis,” he says.

He acknowledges that the reasons for the change are complex—“there’s a whole range of variables in the United States”—but their effects are undeniable. “Take the Gallup polls on marijuana legalization from 2004-2015 and line them up and see a diagonal. It was 34 percent in 2004 and 58 percent last year,” he points out. “I can give kind of an explanation, from generational change to having three presidents in the White House in a row who have used marijuana in one way or another. But the thing that really distinguishes the United States and helps explain the difference is the role of medical marijuana since the early 1990s.

“I think that since the emergence of that issue in the United States, our first policies in California in 1996 and subsequent initiative victories in the western states in ‘98, ‘99 and 2000,” he continues, “that has an impact on the public perception of marijuana, and an impact on who the marijuana consumer was. People saw marijuana being sold above-ground and legally regulated and taxed and they saw that nothing really bad was happening.”

Nadelmann also credits good old American pop culture with contributing to the changing attitude. “What also happened in the late ‘90s, when we first won those medical marijuana initiatives, is the entertainment media started to incorporate medical marijuana. I’d say that from 1997 through 2000, almost every major television entertainment program, both comedies and dramas, rolled in a medical marijuana episode or two,” he says. “In a kind of subtle way, it opened up the door to a conversation about legalization.”

Today, as both medical and recreational marijuana move forward in states across the country, Nadelmann feels that, whether it’s Massachusetts or California, the concerns are the same. “They basically want to know that legalization equals control and regulation and taxation and trying to protect kids. Those are the arguments that persuaded them in four states in 2012 and 2014,” he says, “They want the government to get the tax revenue instead of the gangsters, they want the cops to focus on real crime rather than arresting young people for marijuana. That’s what it boils down to.”

For the states that are moving forward with cannabis, regulations may sometimes be cumbersome, but they offer reassurance to the industry and its customers, as well as the community at large. “It’s about doing it in an intelligent way. Obviously, almost everyone has an interest in consumers being informed and protected,” he says. “If consumers know what they’re getting and there’s some assurances about quality and accountability… there’s reliable packaging, there’s efforts made to protect the users of marijuana products with food processing rules.

“Everybody’s concerned about making sure that those who use marijuana for serious medical purposes have access to higher-grade forms of cannabis that reflect their health needs.” He also notes that those outside of cannabis share some of the some apprehensions as those who are involved in it: “I think there’s a kind of general concern that any type of advertising be limited and done in a respectful way. Everyone’s concerned that this be done in an environmentally beneficial way.”

But, as the guy whose job it is to be nervous, he’s not underestimating the opposition either—he knows that, while every inroad made boosts the legalization side, it also inspires the prohibition crowd. “They’ve lost four in a row, right?” he points out. “So I think they’re getting a little more sophisticated and they’re getting more money behind them. In the end, they have to play on emotional, fear-based arguments. That’s their core. And those can be powerful, unfortunately, but the potency of those arguments continues to diminish.”

Nadelmann is also mindful that, in the move forward on marijuana, the mission of reforming drug

laws still needs to remain in focus, with reasonable treatment of those involved in black markets. “The penalties for being involved in illicit marijuana [will] continue to exist,” he explains, “But we should not be punishing people who act outside the system in a way that is disproportionate to any kind of harm it does society. Legalization does equal regulation, and that comes with an expectation that people who want to make money in this market will be fairly regulated and will accept that. But for those who don’t, let’s be reasonable about how harsh those punishments need to be.”

He also is enthused by a new set of allies for the reform movement. “The great thing about Black Lives Matter,” he says, “it’s essentially the emergence of a new, younger Civil Rights movement that is truly embracing the drug policy reform agenda. And that includes ending marijuana prohibition.” He notes that last year’s Drug Policy Alliance Conference in Washington, D.C. included a town hall with BLM members and “it was extremely powerful. I think it’s helping to move public opinion, especially in the African-American community.”

“One thing Black Lives Matter has highlighted,” he continues, “is, for a lot of Americans--especially white Americans but even sometime black or brown Americans--there’s a broad perception that brown people get arrested for drug offenses because they’re more involved in committing those offenses. Even when you show them the statistics that it’s not true, they still find it hard to believe.” While he sees more people becoming aware of the reality, the system is still in dire need of change. “In any town in America, if the police were to randomly stop 100 black men and 100 white men and look in their pockets, the same percentage of black and white men would have a little weed in their pockets. But in every city in America, the black man is two-to-ten times more likely to be arrested, prosecuted and put through the criminal justice system.”

But Nadelmann does take heart at the progress made across a number of fields. “Obviously the victories in marijuana legalization have been the most dramatic; first of all, medical marijuana and now marijuana legalization.” But the other two parts of the Drug Policy Alliance mission have seen movement as well. “Major victories are things like rolling back the Rockefeller drug laws in New York or harsh drug laws in other states or federal mandatory minimums,” he says, “changing 911 laws, laws to reduce overdose fatalities—those things are the kind of victories--big and small--that inspire me to keep going, and the fact that there’s so much more to do.”

“In a way, I’ve always thought of this as a multi-generational struggle. My role is to carry this further, to play a leadership role in this first generation and then kind of hand it off to the second generation. And I think we’re approaching that,” he says. And while Nadelmann will eventually hand the reins to the next generation of activists, he knows the mission will go on: “It’s about freedom and it’s about justice.”