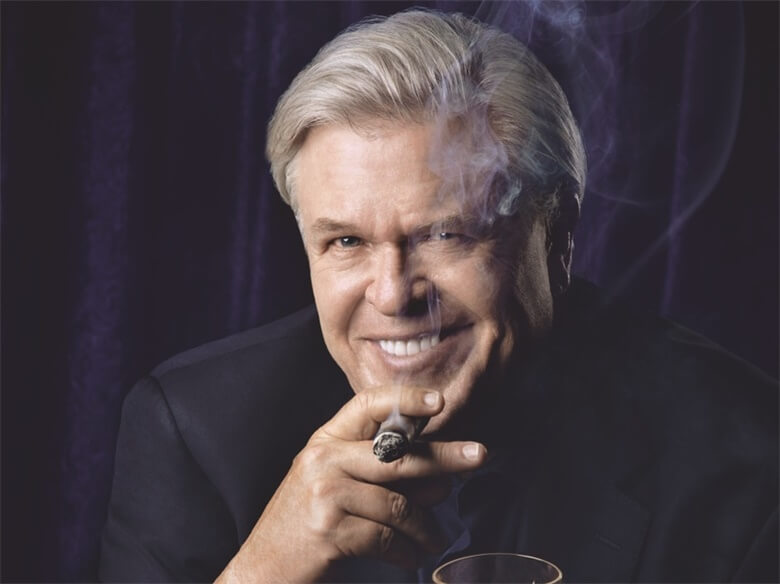 Ron White is tough to pin down. Most comedy fans first got a taste of the Texas-born stand-up’s work in the hugely successful Blue Collar Comedy tours, albums and specials, when White teamed up with fellow Southern-affiliated comedians Jeff Foxworthy, Bill Engvall and Larry the Cable Guy. But White was always a bit of an outlier among his Blue Collar buddies, with a more refined sense of style and jokes that tended to be more off-color than blue-collar. “I was always a little on the wild side compared to the other guys,” White says. “There was a little bit of backlash when people saw the Blue Collar [tour] and then they came out to see me live by myself, and it was way bluer than they thought it was going to be. But I saw no future in me trying to be more like somebody else.”

While Foxworthy, Engvall and Larry have stuck more closely to their original Blue Collar stage personas, honing catchphrases and recurring bits, White has branched out further. “[My management company] wanted me to be more like Jeff and Bill, and there’d be bags of corporate money,” he says, “I’m like, ‘I don’t think so.’ I work in bars, as do they, every night, and I see people just like me all over the place, that may drink too much and may smoke too much and may talk too much, and I’ll just go for those guys. Maybe they’ll be my fans.”

Those people and many more ended up becoming Ron White fans, allowing White to follow his own instincts and carve out a unique comedic identity. White’s current act references such non-blue-collar pastimes as golfing, hanging out with celebrities, and spending tens of thousands of dollars on home renovation. Even when he’s talking about eating at the Four Seasons in Beverly Hills, though, White remains unapologetically uncouth, and his gleefully vulgar description of a certain kind of duck taco becomes a running bit in his recent Netflix special (released in October), If You Quit Listening, I’ll Shut Up.

White has also been a longtime supporter of marijuana legalization and has never been shy about his own regular marijuana use. When he was arrested in Florida in 2008 for possession of 7/8 of a gram of marijuana, he famously joked that “when I have 7/8 of a gram of marijuana, I consider myself to be out of marijuana.” White’s Twitter timeline is full of retweets from cannabis advocacy groups, along with posts celebrating the recent legalization of recreational marijuana in Canada and Michigan. “It’s a ridiculous prohibition that we’ll look back on in 20 years and laugh like crazy that it was ever illegal,” White says.

“If you want to make a dent in the drug problem in this country, you can’t make that dent doing the easy thing,” he adds, citing the serious problems with meth and opioids in the U.S. “You have to make doing it the hard thing. So, you can’t just go around arresting me and Willie Nelson. That’s a soft target.” White doesn’t hesitate to advocate for marijuana use as therapeutic and beneficial, and he doesn’t mind if his penchant for speaking out turns off any potential fans. “They’re yelling at somebody that’s not hearing what they’re saying because I do not pay attention to any of that kind of stuff,” he says.

In general, White doesn’t pull any punches when expressing his point of view. Asked about working with Netflix for his new special, he first responds with a curt “Next question!” before then expounding on the pros and cons of the monolithic streaming service and the way it’s become a repository for so much stand-up comedy programming. “Netflix is smart, smart, smart, because they see these hourlong shows that don’t cost them hardly anything, and they’re really, really, really good shows, and they can show them over and over and over and over,” he says. “Most of them they pay less for than it would cost NBC to make an episode of a shit sitcom that nobody will ever see again.”

At the same time, he says that If You Quit Listening has done “really, really well” since its October release, and that Netflix’s worldwide presence has allowed him to reach audiences that he’d never previously had the chance to connect with. “That’s why I did it, to open up European markets, and whatever those three towns in the whole country of Australia are,” he says. At this point in his career, White could be coasting on past glories, but he’s still touring regularly and creating new material, looking to make new fans.

And he’s still a big draw in Vegas, where he’s been performing steadily since the Blue Collar Comedy days in the early ’00s. “I genuinely look at it as a week off,” he says. “You can wake up and play some really great golf, and go have a bottle of wine with lunch, and take a five-hour nap, and you wake up and you’ve still got two hours to kill, and then you’re wide awake after the show’s over.”

Of course, the legalization of recreational cannabis gives White another reason to love Vegas, and he hopes to see that expand. “I really can’t wait for the next step, where there’s actually clubs we can go to and places we can go, social scenes that’ll eventually come around,” he says.

Whenever that happens, there’s no reason to think that White won’t incorporate the experience into his comedy, which remains a distinctive and idiosyncratic representation of his life. He wouldn’t have it any other way. “About the only common denominator between people that have made a lot of money doing stand-up—really successful guys—is that they were basically true to their nature,” he says. “I just do what I do the best I can do it, and whoever likes it, likes it, and whoever doesn’t like it can just go watch somebody else.”

Ron White performs December 7-8, 14-15 as part of the Aces of Comedy series at the Mirage.