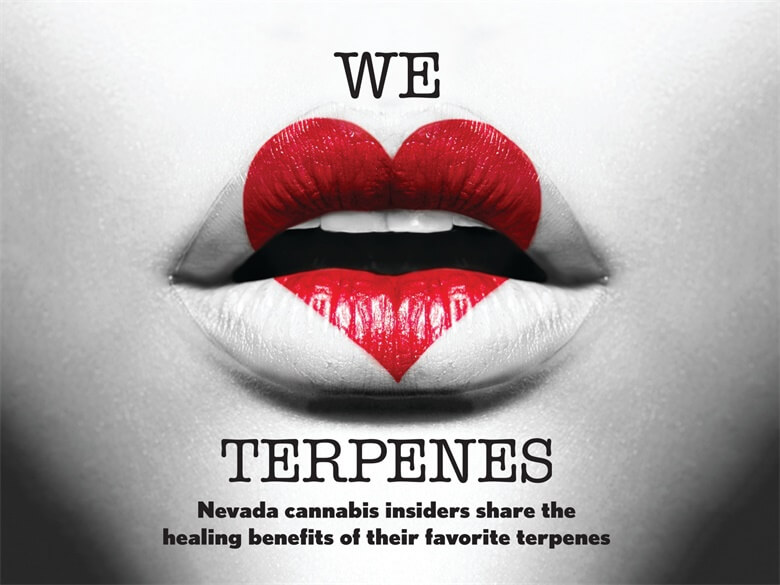 “Anxiety is one of the most common conditions treated in my primary care practice. Up to 10 percent of the population may experience anxiety in any given year, with females twice as likely as males to have these often debilitating symptoms.

Linalool is a terpene found in cannabis and lavender as well as several other flowering plants. It has been shown to improve anxiety symptoms and studies conducted in Germany have shown it to be superior to the popular antidepressant Paxil (paroxetine) in relieving anxiety.

It is one of my favorite terpenes because not only do most people react favorably to the scent, but it also has a quick onset of action and can be used in a variety of ways. If you or someone you know has struggled with anxiety, you can find cannabis strains that have a high percentage of linalool or add some lavender oil to a diffuser, a bath or simply add a few drops to your temples and wrists to relax. The synergistic effects of cannabinoids and linalool can enhance the relaxing effect.”

“My favorite terpene is linalool. I adore floral and herbal scents, and linalool contributes to the sweet aroma of essential oils in lavender, bay laurel and spices like cinnamon. Linalool is known for having calming and sedative properties, and for reducing inflammation. Linalool is a low volume, high impact scent, meaning that it can be present in trace amounts, yet still be dominant in the overall profile of cannabis strains. The smell and taste of this terpene instantly relieves my stress.”

“My first and favorite terpene is linalool. My love for terpenes goes back to before I understood their role in cannabis. I started with a lavender pillow spray as a child trying to find a more natural approach to aid sleep. Young Living’s Lavender Essential Oil was the first of many terpene-rich essential oils that I added to my yoga practice and skincare regimen. Now I look for cannabis strains rich in linalool and continue to be amazed by all terpenes and their restorative properties.”

“I have been a fan of myrcene pretty much throughout all of my consumption years but didn’t realize it until we started elevate and I learned about terpenes. I love myrcene for its relaxing effects after working all day -- it helps me clear my mind and sleep wonderfully. Netflix and Chill really owes a lot to the wonderful terpene myrcene.”

“My favorite terpene is humulene because it often shows up in strains that are great for pain and relaxation without having me running to eat the entire fridge. Caryophyllene is a close second because of its calming, relaxing effects.”

“My favorite terpene would have to be b-caryophyllene because it’s the dominant terpene in some of my favorite strains like Death Star, Lemon G, GG4, and Blueberry Cheesecake. Studies have shown that it helps with pain management, and it really helps with the inflammation I get in my knees. It’s also considered a great daytime high terpene, which is why I like it because I don’t get brain fog unlike other terpenes. I can still get work done but feel the great effects.”

“If you want to maximize your consumption, make friends with terpenes. My BFF terpene is caryophyllene. I enjoy the peppery flavor profile and woodsy aroma but, mostly, I love how I feel. It's the only terpene that interacts directly with CB2 receptors of the endocannabinoid system. It's my go-to for pain relief, anxiousness, and increased focus and energy.

“Having recently been diagnosed with an aggressive form of breast cancer, I consumed various forms of THC with various terpenes to help with the side effects of chemotherapy. My favorite terpene is terpinolene. I consumed terpinolene as a part of my RSO regimen to terminate cancer from my body. A study in 2012, published in Oncology Letters, showed that terpinolene could downregulate certain cell proteins which would slow the growth of cancers and have other helpful effects in the body. The cancer fighting potential of terpinolene was expanded on in 2013 when this study showed that terpinolene decreased the cell proliferation of neuroblastoma cells. They also found it to be an antioxidant and to have properties that found it to be a notable sedative. The combination of these benefits was extremely valuable as I went through my chemo and other treatments.”

“Limonene is probably my all-around favorite terpene. The lime/lemon flavor is great as well as the energetic focused effect it provides. It also keeps me in a great mood with its ability to help relieve stress.”

“Terpinolene is one terpene that has always stuck out to me. The first time I smelled a strain that was high in terpinolene, I thought, "I didn't know weed could smell like that!" They can sometimes be hard to find, but flowers with high levels of terpinolene are something special. The aroma and flavor from this terpene are more potent and complex than many of its cousins. The smells from terpinolene-heavy strains are overwhelmingly fragrant and I can typically gather notes of fresh pine, zesty citrus, as well as an array of florals. The fantastic flavor and smell are what attracts me to these strains and this terpene.

Despite the fact that terpinolene is suggested to have sedative effects, I almost exclusively find high levels of this terpene in sativa and sativa-dominant strains. Some local growers who showcase terpinolene are Diplomat with its Jack Herer, Green Therapeutics' Silver Hawks Haze, and Nature’s Chemistry's Ghost Train Haze. Terpinolene is not typically accompanied by high THC levels but the high is always strong, well rounded, and pleasant. Give it a try and it will quickly win over your heart and lungs. Keep an eye out and ask your budtenders for terpinolene if you are looking for a tasty and balanced sativa."